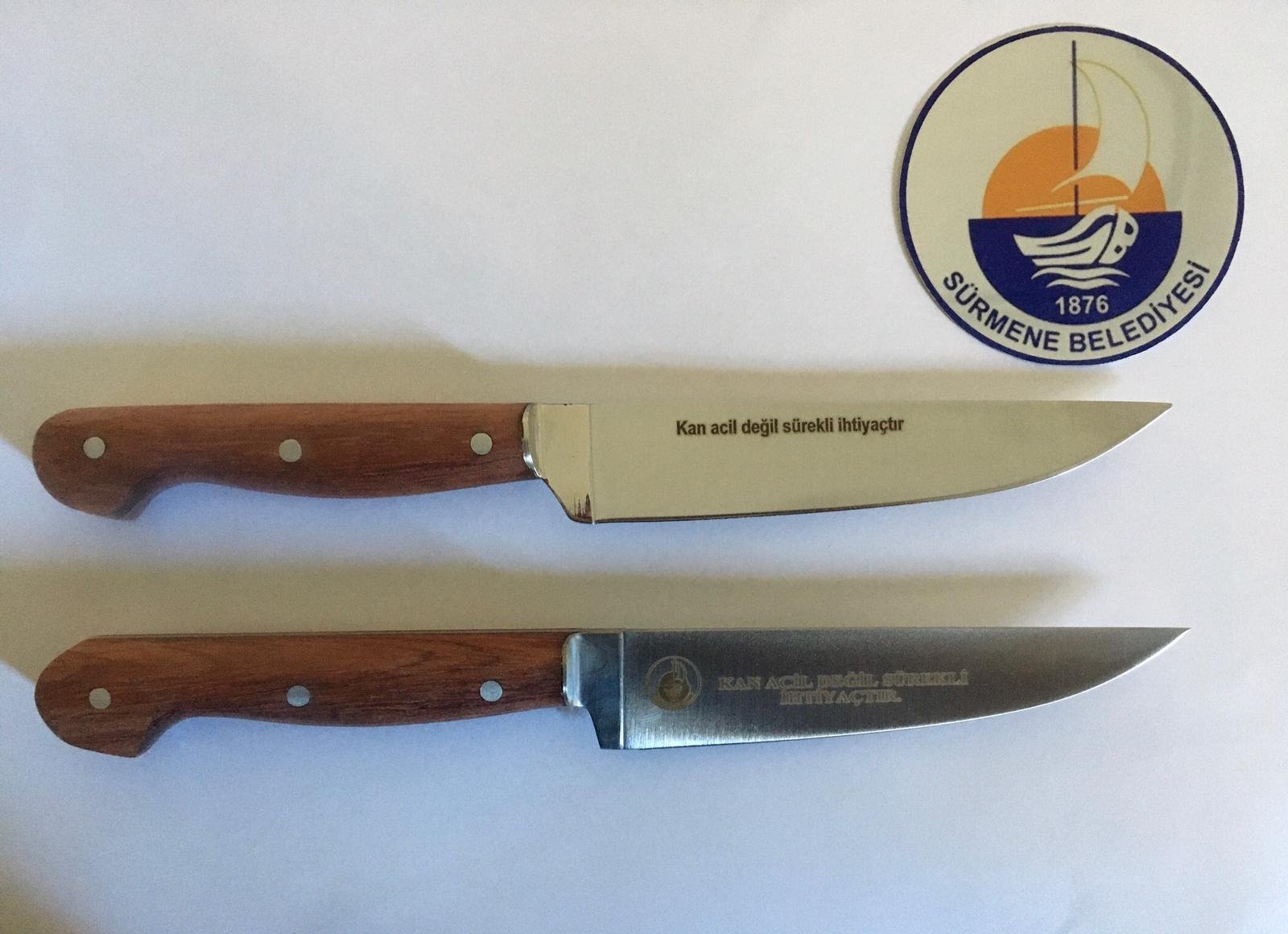 Sürmene's famous knives are seen in this photo featuring the engraving "Blood is not an emergency but a permanent need," Trabzon province, Turkey, Jan. 26, 2021(AA Photo)
by DAILY SABAH Jan 27, 2021 11:55 pm

The local municipality of Sürmene, a Black Sea town in the province of Trabzon renowned for its eponymous knives, has launched an unusual campaign to promote donating blood.

Those who donate blood at a Turkish Red Crescent (Türk Kızılay) mobile center are entitled to a free Sürmene knife. The knives have been engraved with the slogan: "Blood is not an emergency but a permanent need."

Sürmene Mayor Rahmi Üstün told reporters on Tuesday that the campaign will take place once a week for the next four months.

“We can extend it more if people demand. We want everyone to donate blood. They can come out of the town,” Üstün said.

The mayor noted that local bladesmiths had agreed to contribute to the campaign and that 1,000 knives were so far ready for donation.

The campaign's first knives have already been donated to the first donors, including District Governor Ahmet Gazi Kaya.