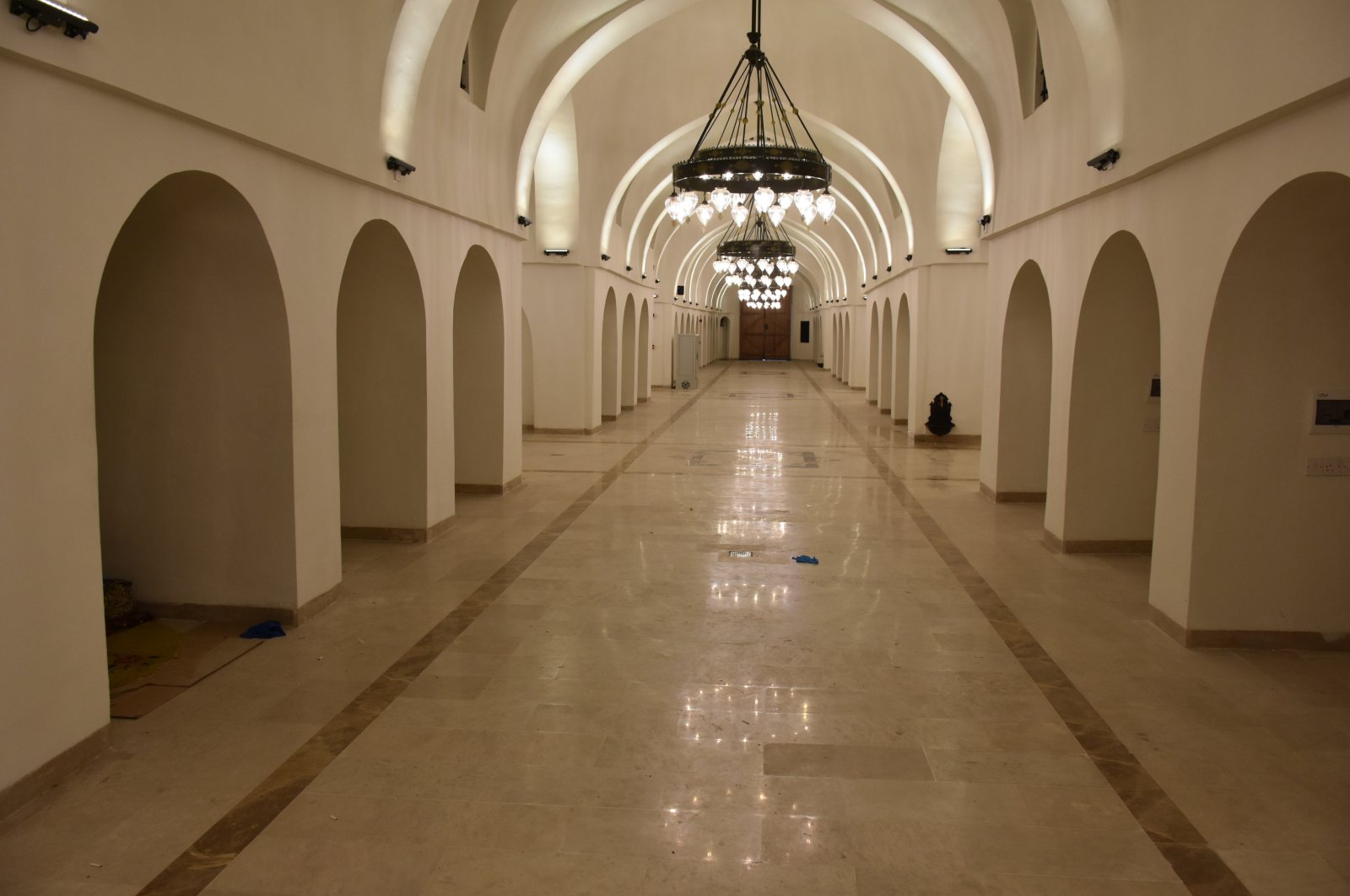 TİKA restored the bazaar to its former glory two years after the fire. (AA Photo)
by DAILY SABAH Mar 16, 2020 11:30 am
RECOMMENDED

Turkish Cooperation and Coordination Agency (TİKA) has completed restoration work at Qaysari Bazaar, an Ottoman-era marketplace in Northern Iraq’s Kirkuk, two years after a fire gutted the place. TİKA officials handed over the shops to their owners, who lost them in a fire on Nov. 26, 2018.

The 165-year-old marketplace was restored after President Recep Tayyip Erdoğan instructed the Turkish state aid agency to take up the restoration job.

Restoration of the bazaar, an iconic part of Kirkuk's Ottoman heritage, started 12 days after the devastating fire. TİKA officials say restoration would both help the local economy and keep the Ottoman legacy intact in the city heavily populated by Turkmens. To prevent future disasters, TİKA installed fire alarms, sensors at the restored bazaar, along with security cameras and burglary alarms.

Iyad Tariq, head of Kirkuk authority in charge of the preservation of the bazaar, said shopkeepers welcomed the restoration. Tariq told Anadolu Agency (AA) that shopkeepers also reached an understanding with local authorities not to harm the historical texture of the bazaar. Nazım Altuncu, a shopkeeper for 27 years in the bazaar, thanked President Erdoğan for restoration and said the work extended the bazaar’s life “at least for another century.”

The bazaar, built between 1850 and 1855, long stood as Kirkuk’s largest shopping mall. Built around the concept of time, the bazaar has 24 alleys representing hours and 365 shops representing days while the bazaar can be accessed through seven gates representing each day of the week.