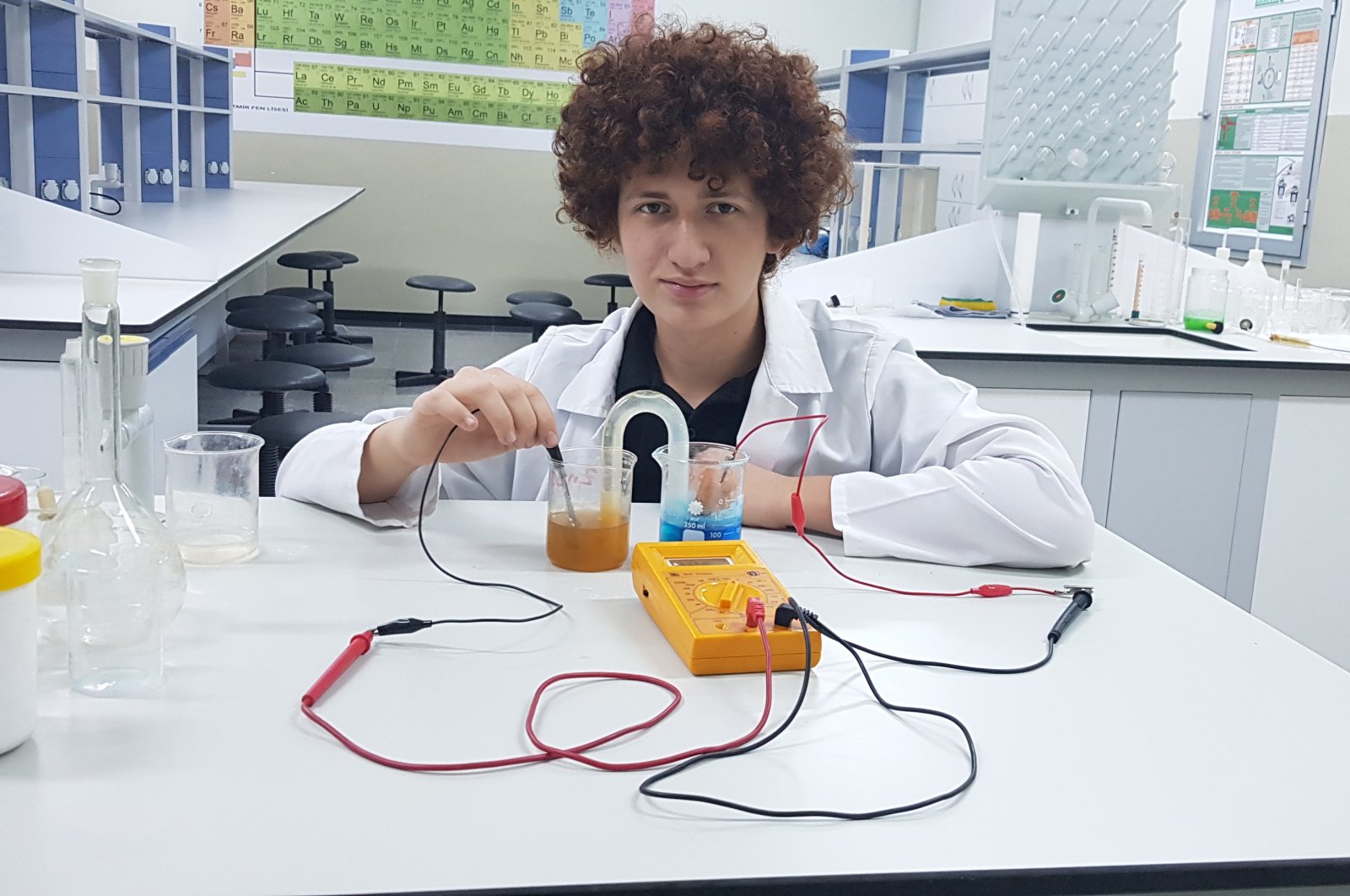 Deniz Güner, a 17-year-old student with an aptitude for chemistry, was admitted to Massachusetts Institute of Technology (MIT) after his internship with TÜBITAK. (AA Photo)
by DAILY SABAH Jan 18, 2021 3:19 pm
RECOMMENDED

The Scientific and Technological Research Council of Turkey (TÜBITAK) is helping raise up the country's future scientists through a string of programs catering to young inventors. The programs tailored to the youth provide incentives and training to exceptional children who have made a name for themselves with their inventions.

“One of our main goals is to have the children and youth of this country to create, produce and develop technologies. They are the future of Turkey,” TÜBITAK President Hasan Mandal told Anadolu Agency (AA) on Sunday.

The scientific body not only allocated research and development (R&D) resources to help cultivate the young inventors but it also launched internship programs, science workshops and nationwide science contests while providing incentives for young entrepreneurs. “We support discoveries by our youth, help their learning, motivate them and remove any obstacles on their path to inventions,” Mandal said.

Deniz Güner, a student from Izmir Science High School in the eponymous western province, is among those benefiting from TÜBITAK's support. Güner won a bronze medal in the National Chemistry Olympics in 2018, taking home the gold in 2019. Güner also won a bronze medal in the 51st International Chemistry Olympiad held in Paris last year. The 17-year-old chemistry enthusiast attributes his success to a TÜBITAK internship program he attended last year at the Marmara Research Center (MAM) in the northwestern province of Kocaeli. At MAM, he joined a team working on a rabbit serum project, in which components of the animal's blood are used for biological and chemical research.

Thanks to his accomplishments, Güner has been accepted to the prestigious Massachusetts Institute of Technology (MIT) in the United States and will begin his studies next year. “I hope to contribute to my country in science and technology with my studies there,” he told AA.

Hüseyin Mutlu, a student at Gümüşhane Türk Telekom Science High School in the northern province of Gümüşhane, is part of a team of students who won a TÜBITAK competition last year with their project on renewable energy.

An advocate of alternative energy, Mutlu said his interest in the subject was sparked by documentaries. “Renewable energy is on the agenda of the world due to damage by fossil fuels to the environment. Our motivation was to protect the environment by focusing on renewable energy,” he said.

Meliha Nur Kılıç, who attends Istek Belde Science High School in Istanbul, won another TÜBITAK competition recently with her biology project on a drug used to treat cancer in chemotherapy. “The competition was really beneficial for me. It drove me to study more for my project,” she said.

“The world now talks about what Turkish scientists do in fight against the coronavirus pandemic nowadays. New inventors from our country may have the potential to create projects that can change the world,” Mandal said, referring to Uğur Şahin and Özlem Türeci, the German-Turkish duo behind the Pfizer-BioNTech COVID-19 vaccine.