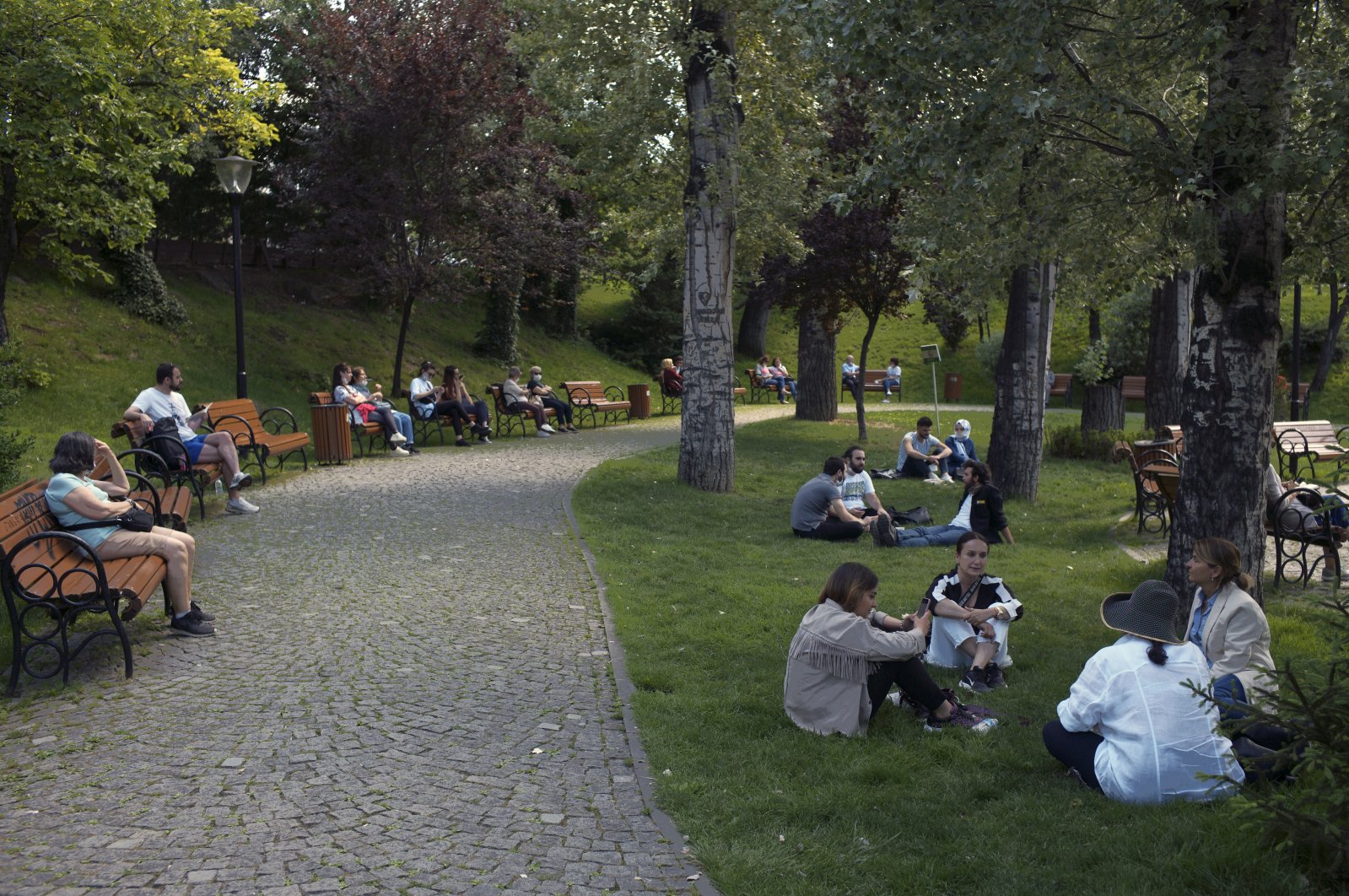 Some people’s insistence to disregard COVID-19 precautions might be the reason why Turkey’s daily new infections have been above 1,000 for the past two weeks, despite an earlier downward trend

June 1 was a good day for Turkish citizens. The government had just launched the biggest rollback of coronavirus restrictions, ending weekend curfews and travel restrictions for the worst-hit 15 provinces, while cafes, restaurants and other public places were allowed to open.

The following day, the country recorded its lowest daily new coronavirus infections in more than two months. Health Minister Fahrettin Koca had already declared the COVID-19 outbreak under control, and for a brief moment, it seemed life would actually return to normal – despite warnings from authorities that it wouldn’t happen unless a drug or a vaccine were found.

And they were right.

The dramatic surge in new cases came exactly 14 days after the restrictions were lifted, coinciding with the two-week incubation period for the virus pointed out by many experts.

So, what happened? How did Turkey suddenly start discussing a potential second wave of infections instead of nearing to the end of the outbreak?

While it is impossible to pinpoint the exact reasons behind the surge, especially during an ongoing pandemic, most experts believe the sudden easing of restrictions combined with some people’s insistence on not following the rules created the perfect environment for the virus to make a comeback.

Before and after restrictions were lifted, Koca and President Recep Tayyip Erdoğan repeatedly warned citizens that the move did not mean life was returning to normal. Both said failure to follow rules and precautions would lead to an increase in infections, which would also mean the restrictions would be reimplemented.

While the warnings were heard by many, some turned a deaf ear to them.

Within days of the lifting of restrictions, social media and news outlets were awash with scenes of people gathering in large crowds, with many of them not wearing a mask and standing dangerously close to each other.

Koca continued his warnings, sometimes even resorting to sharing such scenes on his Twitter account to explain how continued disregard was not helping anyone but the virus itself.

“Fishermen adhered to social distancing only with fish,” Koca wrote in one of his tweets with a photo that showed fishermen getting dangerously close to each other as they cast their fishing lines off Istanbul’s Galata Bridge.

The minister also tried encouraging more people to follow the rules by praising those who did.

“Our elders followed the rules by staying inside and wearing a mask and practicing social distancing when outside. They continue to show their wisdom. Thank you,” he wrote in another tweet, this time showing an elderly man walking alone with a mask on his face.

While the initial spike and the subsequent increases were worrying, the spike in new infections had appeared to stop for the time being, only to show signs of another increase on Wednesday, indicating that Turkey has become stuck in a coronavirus limbo, with case numbers seesawing.

After reporting 1,592 daily new infections on June 15, Turkey recorded declining numbers, with daily cases dropping to as low as 1,192 on June 21. But the Health Ministry reported another surge in new cases on Wednesday and Thursday, with 1,492 and 1,458 new patients, respectively.

The seesawing numbers led many to wonder if the figures were early indicators of a second wave, but the health minister was crystal clear when he said the situation was not that bad – yet.

“We can definitely say we are not experiencing a second wave. What we are going through is the aftereffects of the first wave. We are observing local fluctuations,” Koca said, adding that Turkey was still in the first wave of the outbreak.

During his latest press conference on Tuesday, Koca stressed the rise in cases was not exclusive to Turkey and that it was recorded across the world.

He also reminded citizens that while wearing a mask was advised in the past, it was now mandatory across much of the country.

In an attempt to curb the increasing number of new infections, face masks were made mandatory in 62 of Turkey’s 81 provinces on June 22, with violators facing a TL 900 ($130) fine.

But it seemed even the fines failed to convince those who refused to wear a mask, as similar scenes of people not putting on masks became common once again.

Various media outlets across the country on Friday published photos of people gathering in Istanbul’s Maçka Park and Istiklal Avenue near Taksim Square.

While the authorities mull what else can they do against the virus rebels, a member of the country’s Coronavirus Science Board warned that the case numbers have to be reduced before the flu and cold season begins in November.

“The flu can be lethal for seniors and people with chronic illnesses. We need to reduce our COVID-19 cases so our health care system can care for potential flu patients without being overwhelmed. Both of them are similar diseases that can be lethal for some,” professor Recep Öztürk told Demirören News Agency.

Warning that the flu season begins in November in Turkey, Öztürk said it reaches its peak in February or March, which could easily overwhelm health workers already worn out from months of battling the coronavirus outbreak.

“Our health care system has the capacity for treating every single patient during the height of the flu season, but if it gets combined with COVID-19, we might witness the scenes we have seen in other countries where patients laid in corridors in overcrowded hospitals. Our health workers have been working diligently, some of them haven’t been at home for months,” he said.

Criticizing those who don’t wear a mask, Öztürk said refusing to wear one was not an individual liberty.

“We need to do our duty as citizens by not falling ill or infecting others, or else no other country in the world can escape being overwhelmed, no matter how developed they are.”