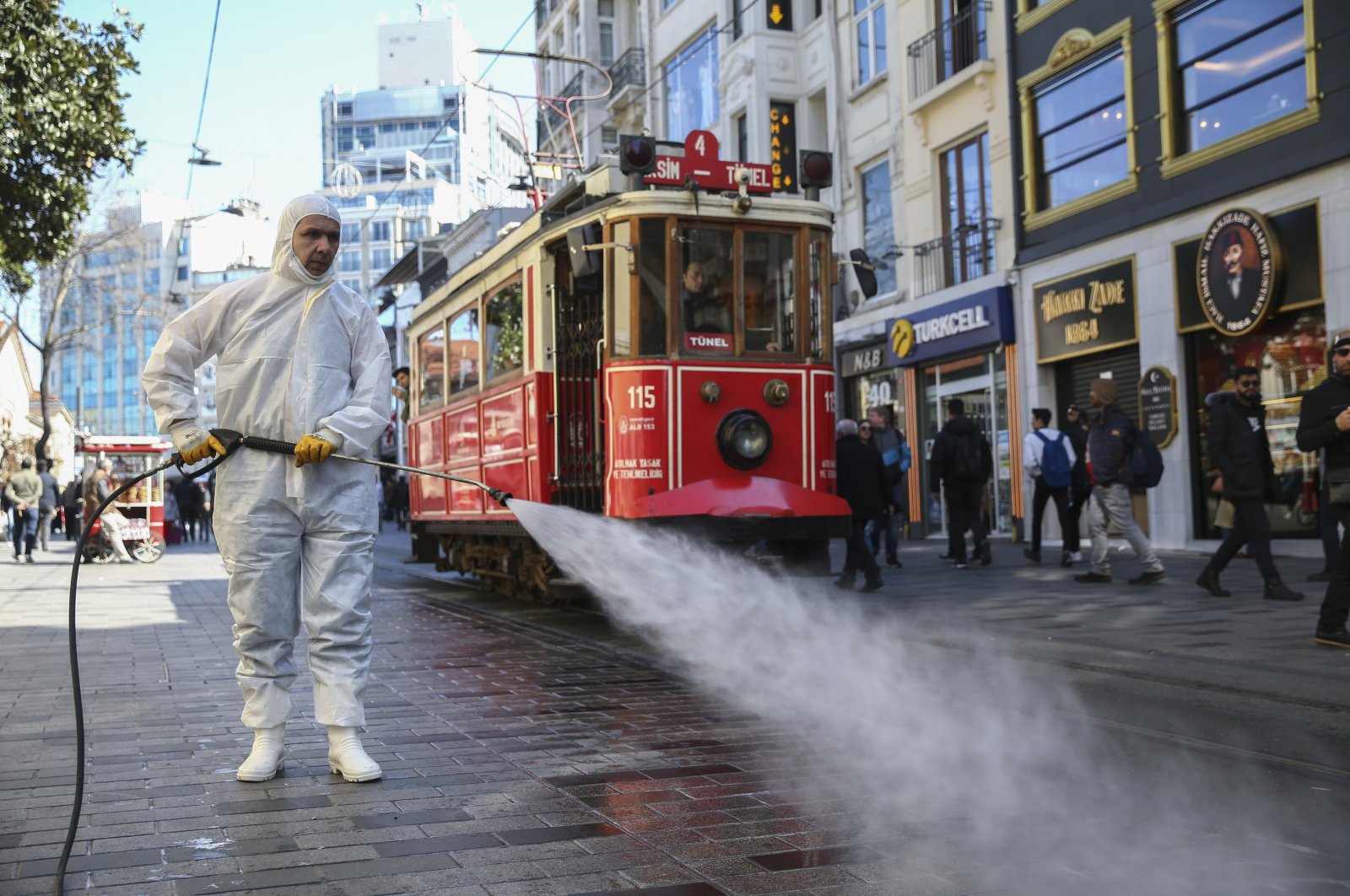 The elderly are at greater risk from the novel coronavirus, but Turkey's exceptionally high percentage of low-risk young people offers the country's concerned citizens some peace of mind

Turkey has reported its second coronavirus case but appears to be insulated from a larger outbreak. Statistics show that the novel coronavirus has claimed more lives among the elderly, a comforting fact for the country’s relatively young population. Turkey's elderly population is 8.8%, far behind other countries. In Italy, for instance, 60% of the population is 40 and over, with about 23% above the age of 65. They have reported at least 1,000 fatalities from the virus.

Nonetheless, authorities have repeatedly warned Turkey’s elderly population to avoid going out. Young people can also pose a threat to the elderly as potential carriers of the virus. Although the younger population is safer, risk still exists, they warn, urging strict hygiene and minimizing travel abroad. Those returning from outside the country are also urged to put themselves in self-quarantine.

Turkey stepped up preventive measures on Thursday, shutting down schools and limiting large gatherings. It also seeks to boost support for its concerned public that is frantically looking for protection.

For example, the government has temporarily halted the requirement to include ethanol in gasoline in a bid to increase disinfectant supplies in the country. Disinfectants are an effective product at helping stem the coronavirus outbreak. "The obligation to mix 3% ethanol into gasoline is suspended for three months. Thus, the ethanol demand for refineries will decrease," Industry and Technology Minister Mustafa Varank said. The move aims to help boost the production of disinfectant and Turkish cologne. Cologne is a traditional ethanol-based scented disinfectant in Turkey.

This strategic decision by the Energy Market Regulatory Authority (EMRA), valid through June 13, will also prevent price speculation, Varank added. Although ethanol is an important import for the country, it can also be produced in Turkey's sugar factories, he said. "We will now be able to utilize domestic capacity more effectively, instead of imports," Varank underlined.

Health Minister Fahrettin Koca announced Turkey's second coronavirus victim on Friday. "He is from the immediate circle of our first patient, who was checked as soon as the diagnosis was made," he said on Twitter. "We have taken the necessary measures to keep the possible spread of the virus within these limits. We will overcome this problem together," Koca added.

Turkey's first case was announced earlier this week in a man who had recently returned from Europe. The patient has been completely isolated and his family, and those who came into contact with him, are being monitored.

After a cabinet meeting led by President Recep Tayyip Erdoğan on Thursday, authorities announced a series of new measures. They include an early spring break for elementary and secondary schools for a week and remote, online education for students until the end of March. Universities are also closed for three weeks. Sporting events will be held without spectators until the end of April.

Turkey set up a task force of experts following at the emergence of the outbreak, repeatedly issuing new warnings and unveiling increasingly stringent measures in the fight against the virus. Thermal screening devices were initially installed at airports to prevent the entry of infected passengers from abroad, while flights to and from Italy, South Korea, Iran and Iraq were later canceled. On Feb. 23, border crossings with Iran were shut down. Iraqi borders have since also been temporarily closed. Meanwhile, municipalities are routinely disinfecting mass transit vehicles and other crowded spaces.

The coronavirus outbreak also poses a threat to large gatherings. This is especially problematic for Muslims due to Friday prayers, which are required to be performed collectively. In a statement, the Presidency of Religious Affairs' supreme council urged the faithful to pray at home instead of attending Friday prayers. The council said that Friday prayers are expected for every obliged person and that various justifications could excuse a person from the congregation, including danger to life, property or health.

The government also ordered its 81 provinces to coordinate efforts to disinfect crowded areas, especially public spaces like streets, squares, marketplaces, buses and bus stops. Sanitizers will also be installed in crowded places, while inspections will be carried out in public venues for sanitation.

The Ministry of Agriculture announced Friday that they mobilized to inspect food sold at marketplaces and open stalls as a precaution and assured the public that food supplies were sufficient in the country. The ministry, which already suspended animal imports from China, also announced the suspension of imports of exotic animals and pets.

Turkey has given itself extra time to help stem the coronavirus outbreak and has a chance to "escape lightly" from the disease, according to an expert in infectious diseases. Dr. Alpay Azap, a member of the Health Ministry's Coronavirus Scientific Advisory Board, told Anadolu Agency that the country did its best to delay the entry of the virus. He said swift measures were taken, including travel restrictions and banning flights to risky areas, as well as closing the borders with infected countries. "Turkey has a highly sufficient hospital infrastructure and experienced and knowledgeable health care workers," Azap said. He also relayed that Turkey, as a country with large, crowded cities and a young population, has a high potential for spreading the virus, but added that the risks posed by its young population can be addressed by taking proper and effective measures. "The Health Ministry and scientific institutions and specialist groups have watched the epidemic very closely from the beginning and informed health care professionals and the public in light of the changing scientific information on a daily basis."

Azap stressed that the virus has "mild symptoms" in young people, adding that symptoms such as fever and dry cough usually clear up within five to seven days. "It's impossible to diagnose young patients who didn't seek hospital referrals. However, since they continue with their daily lives, these young patients are an important factor in the public spread of the virus," he said. Looking ahead to the possibility of warm weather slowing down the transmission of the virus, Azap said it is not possible to wipe out the disease. "As the weather grows warmer, people don't spend as much time in closed, stuffy places. They ventilate their homes and offices much better, so the possibility of the transmission of respiratory viruses drops," he said. Azap continued to say that the virus will remain viable for a shorter time in warmer weather, which also decreases the chance of its transmission. He said that worldwide, there are more than 30 different ongoing efforts to find a coronavirus vaccine. "Some of these will yield clinical results soon," Azap said. He stressed that there may be "serious questions" about the effectiveness of these vaccines, however, since details of the interaction of the coronavirus with the immune system are unknown. Information about how effective the vaccines will be is unfortunately unknown, he said, adding that the scientific community is a bit wary about the results of these vaccine studies.

Azap continued to warn that the virus can remain alive for several hours on contaminated surfaces, especially things such as door handles, switches and computer keyboards. "The most effective method of protection from the virus is hand hygiene," he said, advising people to wash their hands regularly with soap and water and use hand sanitizer.

Koca earlier said, "If we can implement all necessary measures to prevent the virus from propagating, daily life will probably return to normal within two months." He also urged the public to avoid international travel unless absolutely necessary.