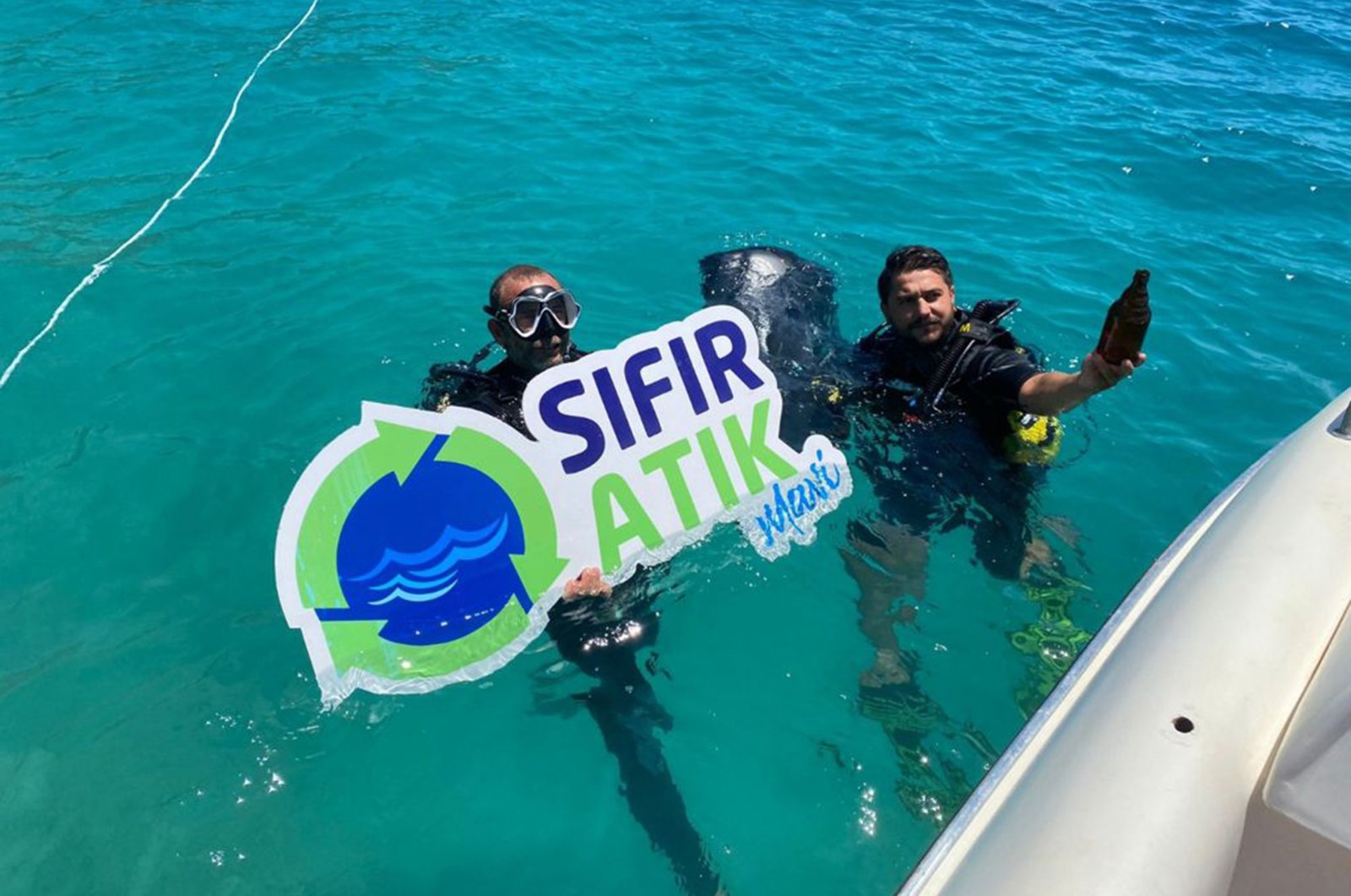 The teams collected the waste materials from the sea in the scope of the Zero Waste project, in Fethiye, Muğla, Southwestern Turkey, June 6, 2021. (IHA Photo)
by Daily Sabah with AA Jun 06, 2021 8:56 pm

Turkey has recycled 17 million tons of waste in four years with the Zero Waste project and contributed TL 17 billion ($1.96 billion) to its economy, Environment and Urbanization minister said on World Environment Day.

Since 2017, 84,000 institutions and organizations have participated in the Zero Waste project, which was initiated under the auspices of Turkey's first lady Emine Erdoğan.

The recycling rate, which was 13%, was increased to 19% with the collective effort of civil society and Turkey's government.

The project saved 209 million trees from being cut down, 345 million cubic meters of water and 50 million barrels of oil.

The project also created an action plan to tackle pollution caused by plastic bags which is a major threat to the environment. In 2019, a charge on plastic bags was introduced across all shops. Since then, the use of plastic bags has decreased by 75%.

Numerous job opportunities were created with the Zero Waste project. By 2023, it aims to provide direct employment to 100,000 people.