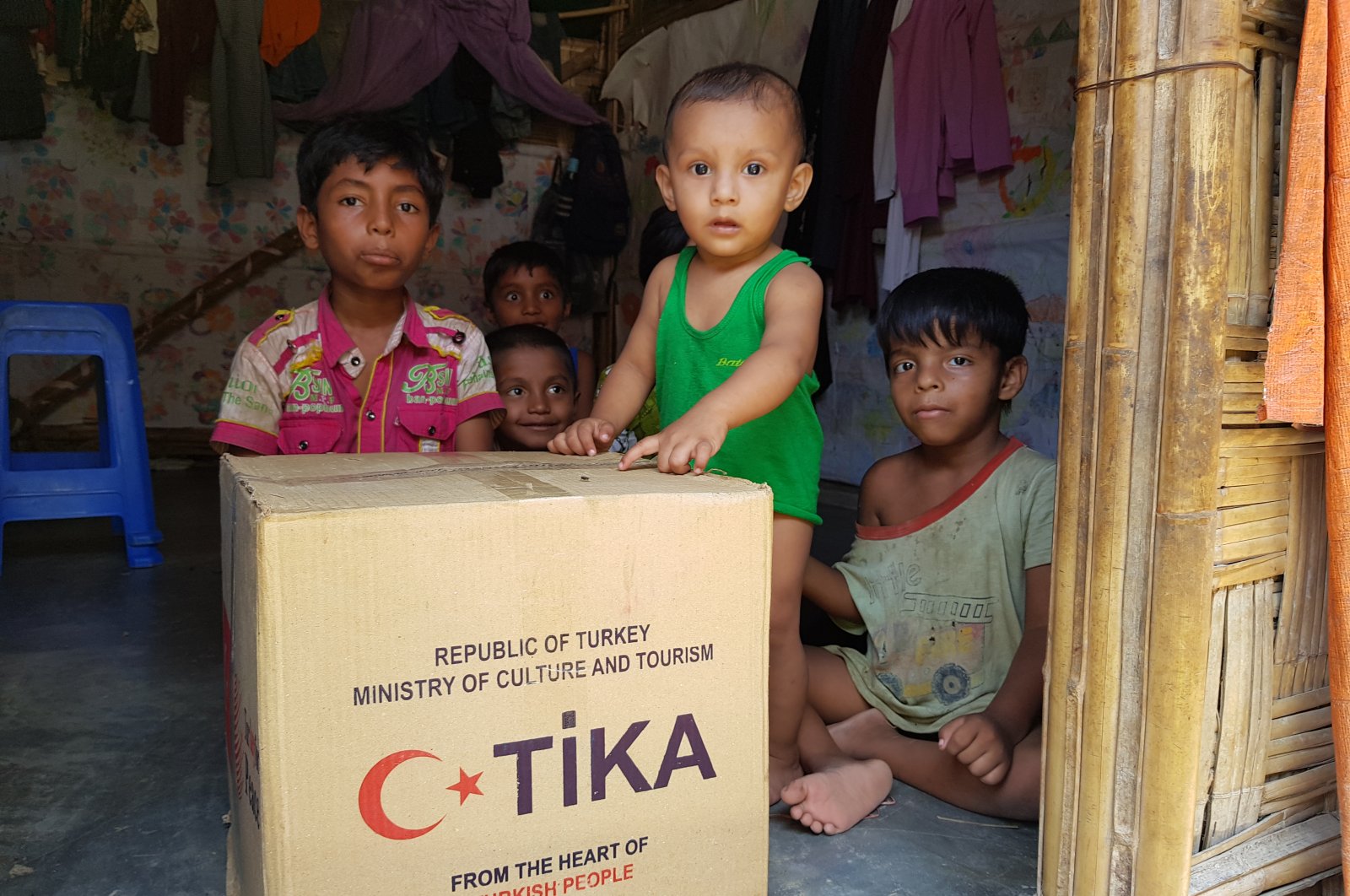 The Turkish Cooperation and Coordination Agency (TİKA) recently provided 70 tons of food for the Rohingya refugees in Bangladeshi camps.

The refugees thanked Turkey and President Recep Tayyip Erdoğan for the help after receiving the packages.

The Rohingya, described by the United Nations as the world's most persecuted people group, have faced heightened fears of attack since dozens were killed in communal violence in 2012.

As many as 18,000 Rohingya women and girls were raped by Myanmar's army and police and over 115,000 Rohingya homes burned down while 113,000 others vandalized, it added.

TİKA on Wednesday also sent food aid to 700 families in Tunisia as part of their Ramadan campaign.

The food packets were dispatched to the provinces of Gafsa and Kasserine, hit hard by the coronavirus pandemic, according to a statement by TİKA.

TİKA, which has been Turkey's flagship international development aid agency since its inception, is known for extending a helping hand to countries on every continent with a diverse array of projects, including vocational training, agricultural support, health services and infrastructure. It represents a significant arm of Turkey's multilayered humanitarian foreign policy and showcases the country's solidarity with countries it previously maintained low-profile ties with.