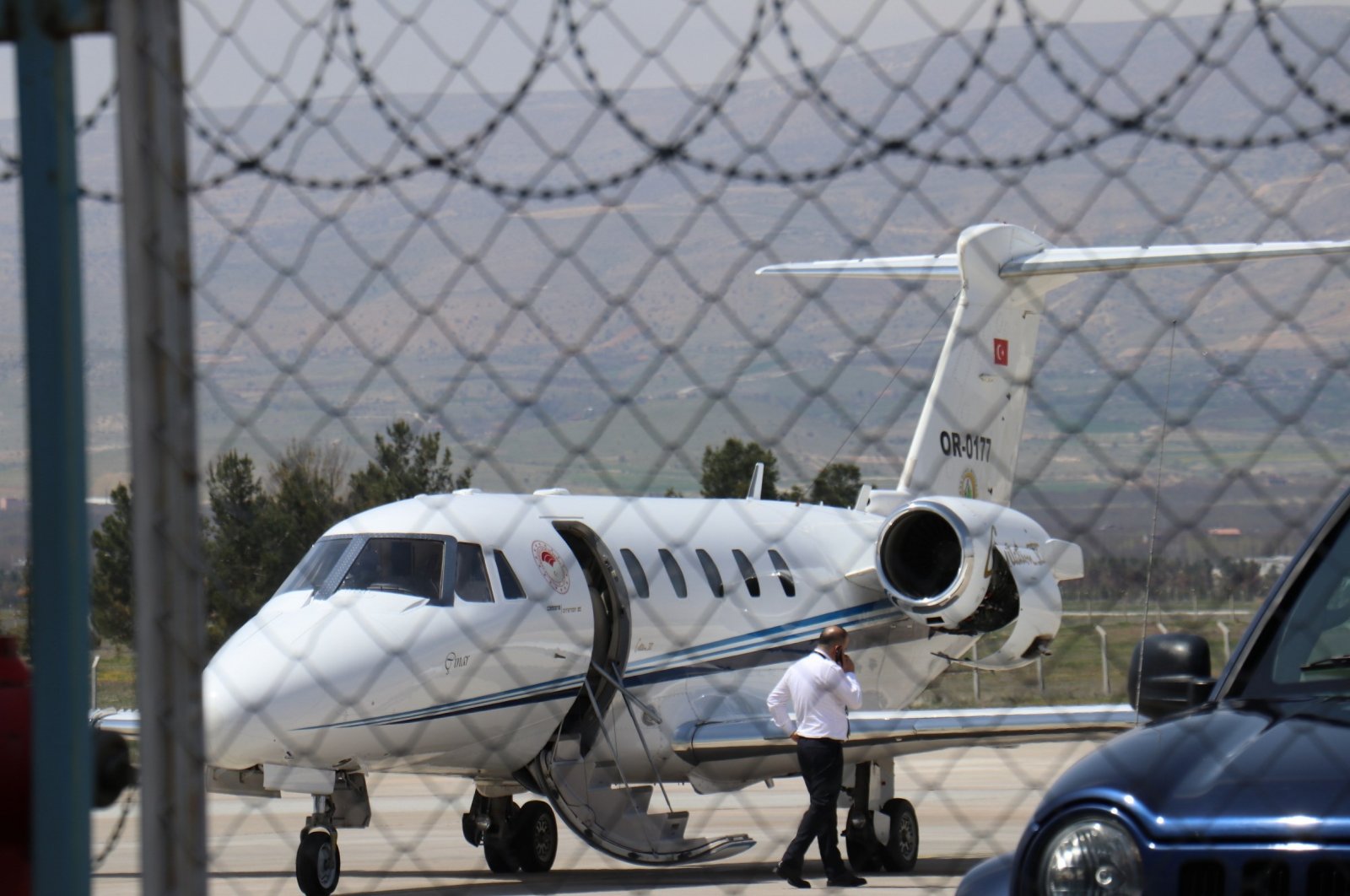 The Minister of Agriculture and Forestry Bekir Pakdemirli and his entourage narrowly escaped an accident Friday. A flight carrying Pakdemirli and other high-ranking officials from his ministry was forced to make an emergency landing in the eastern Malatya province. No one was hurt.

The plane had to make an emergency landing at Malatya Erhaç Airport about 40 minutes after takeoff due to engine trouble. The ministry-owned plane was traveling to Şırnak in the southeast from the capital Ankara where it took off around 10 a.m. local time.

Among the nine people on the plane, including two crew members, were a lawmaker of Turkey's ruling Justice and Development (AK) Party, the deputy agriculture and forestry minister, and other officials.

Speaking to reporters after landing, Pakdemirli said loud noise was heard from the engine fans when the aircraft was at around 33,000 feet. He added that the noise persisted despite the plane lowering its altitude. "Logistically, we decided to land at Malatya Airport," he said.