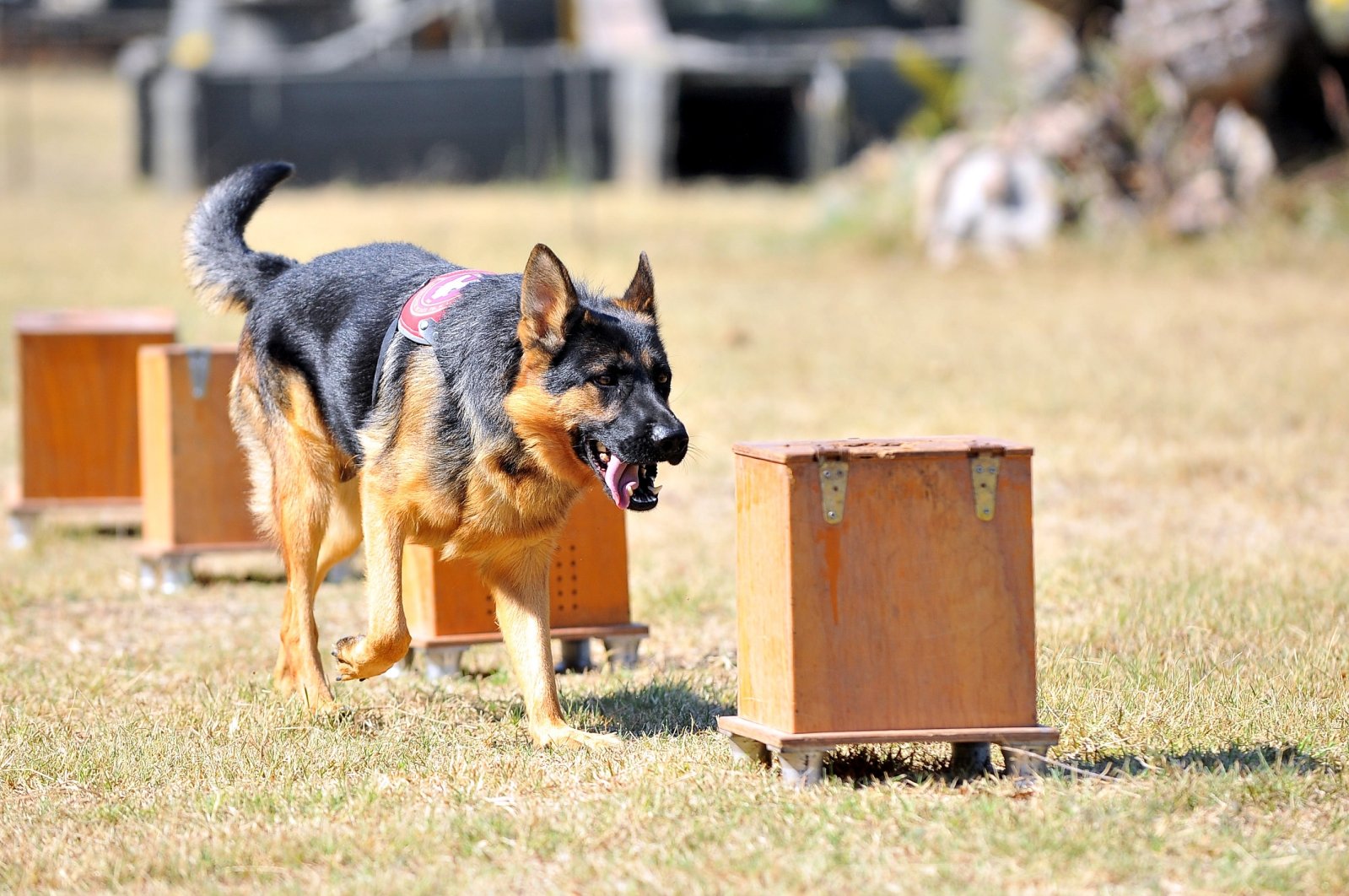 Dogs are an inseparable part of the army, and their job is not any easier than that of their counterparts in the police force. At a military school in northwestern Turkey, they undergo a shorter but equally tough training just like the human officers accompanying them.

The Dog Breeding and Training Battalion Command in the Gemlik district of Bursa serves as a logistics and training center for Turkish Armed Forces’ (TSK) canine members. Veteran officers train dogs of 12 different breeds in seven branches before they are dispatched to military units across the country. Officers are both in charge of training them and breeding them. Depending on their class, dogs are trained for search and rescue missions, patrols, tracking, reconnaissance, bomb detection, detection of narcotics or mine detection.

Just like their human counterparts, dogs are subject to medical examination, by army vets, before they are qualified for training.

The army mostly relies on local breeds, from kangal shepherds to akbaş dogs and most recently zerdava, a hunting family native to the northern province of Trabzon. Apart from raising canines for military missions, the command aims to protect local breeds.

Along with their routine missions, dogs recently played an important role in the army’s cross-border operations.

Canines trained for bomb-sniffing and mine detection have worked with soldiers in war-torn Syria for the last four years, during Operations Euphrates Shield and Operation Olive Branch.

They were active in the field when troops assisted Syrian opposition forces seeking to retake northern parts of the country back from terrorist groups.