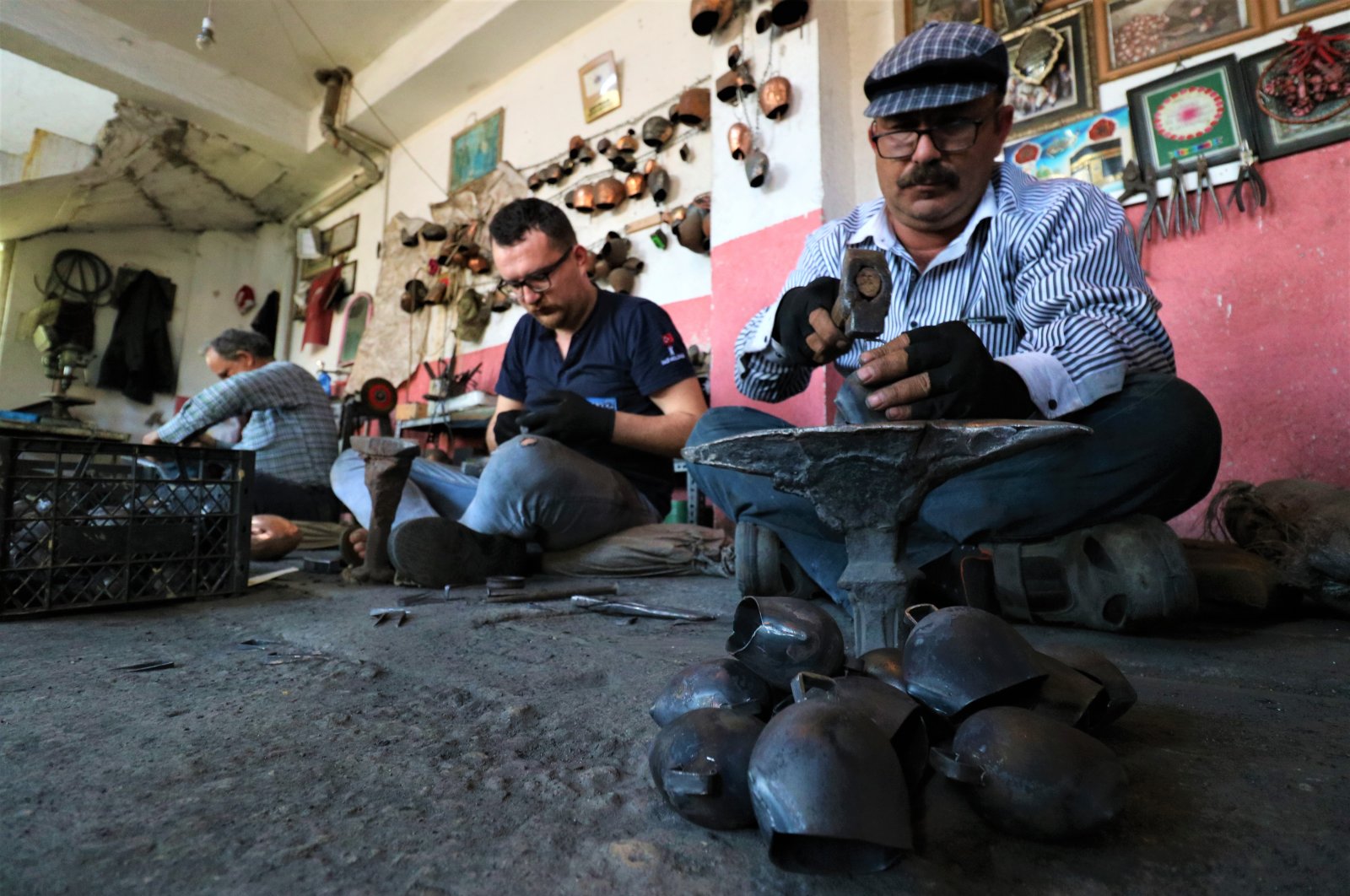 In a small town in western Turkey, descendants of a prisoner of war labor over a craft their grandfather taught them. In a twist of fate, the Çancı family crafts bells to be exported to Greece, the country where their grandfather learned the craft while in captivity. Greece plays a major role in their business and indeed, bells they sold to Turkey's western neighbor are repackaged and sold to other European countries as “Greek-made bells.”

The family, whose last name literally means bellmaker, traces its roots to Çancı Hafız, a soldier who was captured by Greeks during the Ottoman Empire’s Balkan wars in the early 20th century. Hafız, who returned to the town of Demirci in the western Turkish province of Manisa, taught the craft to his sons, and three generations later, the business expanded. His descendants now export bells to North Macedonia, Bulgaria and New Zealand, but Greece makes up the majority of exports.

Nevzat Çancı, a grandson of Hafız who runs their humble workshop with his sons and nephews, said their grandfather devised a peculiar bell and improved his craft in Demirci. Over the years, the workshop made a name for itself. “Making a bell is a lengthy process. We developed our own way of making them, and with fine touches and a sound distinguished among others, we built a brand for ourselves,” Çancı said.

The sound matters most, he added. “It is important for the sound of a bell to be heard both from a distance of 5 kilometers and 10 kilometers. If you are not careful enough, shepherds will know that it is not a properly made bell,” he said. Bells are primarily used for sheep and are sold as souvenirs nowadays.

Fatih Çancı, another member of the family, said little has changed in bellmaking since Hafız’s time. “He learned the craft from a Greek bellmaker who captured him in the war. He stayed with him after his captivity ended. They did not have machinery as we have now and had to shape the bell by pounding on the iron while it was hot. When my grandfather advised the bellmaker to speed up production by riveting pieces together during production, the bellmaker thought he would surpass him on the job and would be more popular. So, he was fired and settled here in Demirci. We now push a few buttons and make the iron ready for crafting,” he said.

“It is more of a cultural item nowadays. We see high demand from abroad and just sent a shipment of 100,000 bells to New Zealand. In Greece, they don’t only use it on herds but use it as an ornament for dancers,” he said.