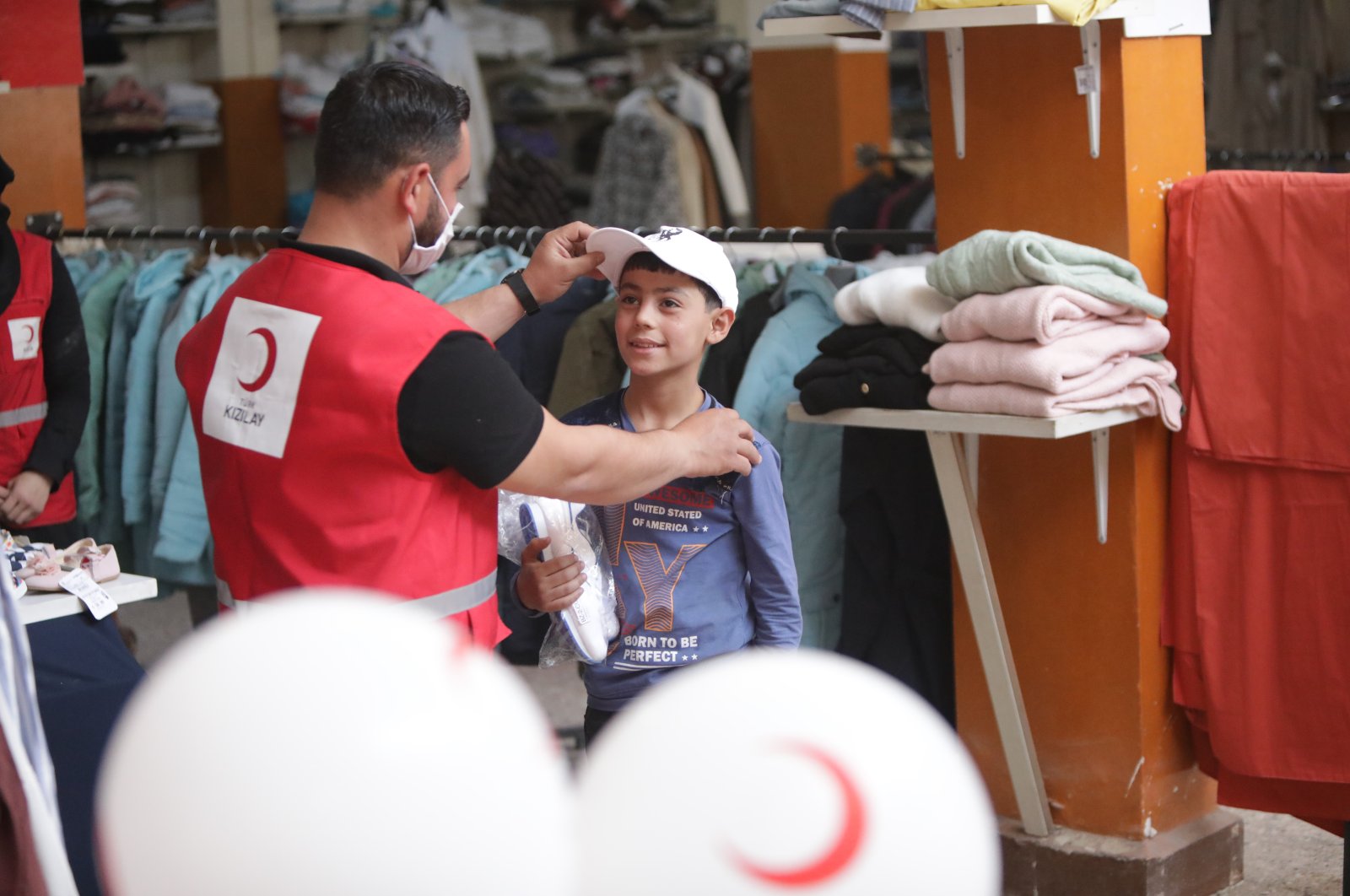 The Qurban Bayram (Eid al-Adha) is a special occasion in the Muslim world, with people aiding the needy and sharing the meat of animals used as offerings for this Feast of Sacrifice. It is also an occasion where everyone dresses up in their best clothes.

For people of Syria ravaged by war, finding new clothes, like everything else, is an uphill challenge. Thus, it is a time when the Turkish Red Crescent (Kızılay) steps in to put a smile back on the faces of Syrian children and adults gearing up for this week’s Bayram by delivering brand-new clothes. Some 100,000 people living in Syria’s north, mostly children, are benefiting from the aid. So far, 82,635 people have received clothes from the charity, and more will receive them in the coming days.

Clothes are available at “Love Department Stores” set up in Syria’s Ras al-Ain, Tall Abyad, Jarablus, al-Bab, Azaz, Afrin and Idlib. The stores are similar to regular department stores, except that they admit non-paying customers and allow them to choose their own clothes.

Fatih Kökcan, Syria humanitarian aid coordinator for Turkish Red Crescent, says they deliver “happiness” to the people in the ten stores. He told Anadolu Agency (AA) that their child visitors, brought to the store by charity workers, were mostly orphans.

Abu Muhammad, who migrated from Aleppo to Azaz eight years ago, says he cannot afford to buy new clothes for his two children and wife. “Red Crescent gave free clothes for our entire family. We are grateful to them, especially for cheering the children during this Eid,” he says.

Umm Hussain settled in a camp for the displaced after leaving war-torn south of Aleppo. Hussain, who lost her husband in an attack by the Assad regime forces, said her children would finally have new clothes for Eid thanks to the Turkish charity. Umm Muhammad, who received clothes for her three children at the department store in al-Bab, says the Turkish Red Crescent always stands with people affected by the ongoing war. “They already deliver food aid. On this Eid, they gave clothes for my children. May Allah bless them,” she said.