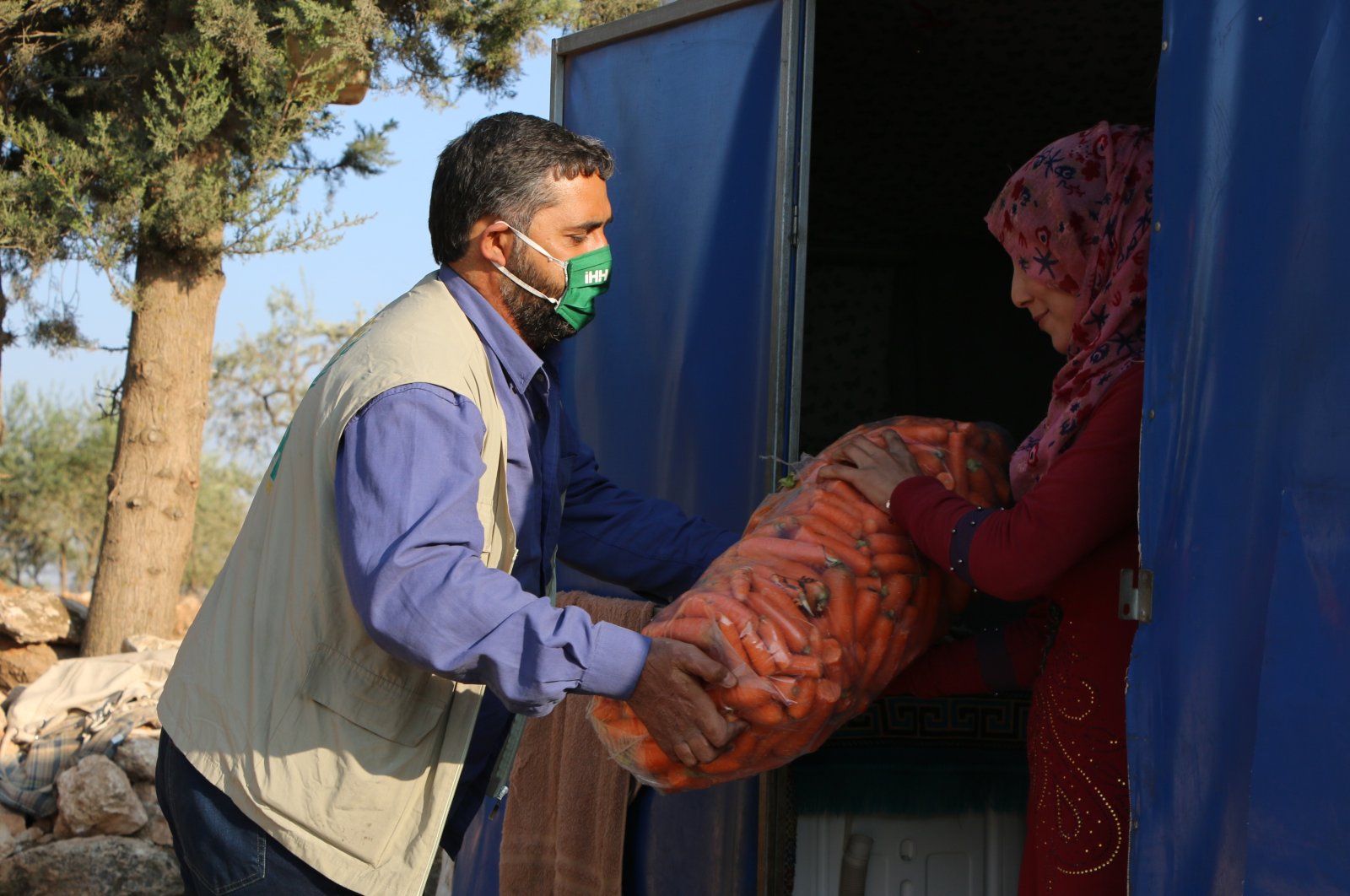 A leading charity has set out to dispatch hundreds of trucks filled with humanitarian aid from 81 Turkish provinces to war-torn Syria on Dec. 10 for Human Rights Day. The aid campaign “Our Route Is Goodness, We Carry Humanity” is the brainchild of the Humanitarian Aid Foundation (IHH).

The IHH already carries out a string of humanitarian aid projects in Turkey’s southern neighbor, which has been devastated by the ongoing conflict that erupted in 2011. The charity’s secretary-general, Durmuş Aydın, told Anadolu Agency (AA) on Sunday that Syria is suffering one of the biggest humanitarian crises the world has witnessed since World War II and the international community has failed to do something about it. “The situation is dire on the ground,” he said, adding that displaced Syrians are in need of a large number of items as winter sets in, including coats, blankets, stoves, food, kitchen utensils, hygiene kits and baby formula.

The trip will go on beyond Dec. 10 and the donation campaign will continue. The IHH plans to send more than 400 trucks by the end of the month.

The charity has been on the ground in Syria for years, focusing on refugee camps and also providing support to those scattered in safer parts of northern Syria after fleeing attacks by Bashar Assad regime forces.

Last year, IHH launched a mass housing project for the internally displaced. Syrians forced to stay in tents are being moved to reinforced concrete houses, consisting of two rooms, a bathroom and a kitchen. Thousands have settled into their new abodes and Aydın says they will soon reach 20,000 houses.

The camps in northwestern Syria where those fleeing the regime’s attacks took shelter are densely populated and have insufficient supplies. Health and education services struggle to cope with demand.