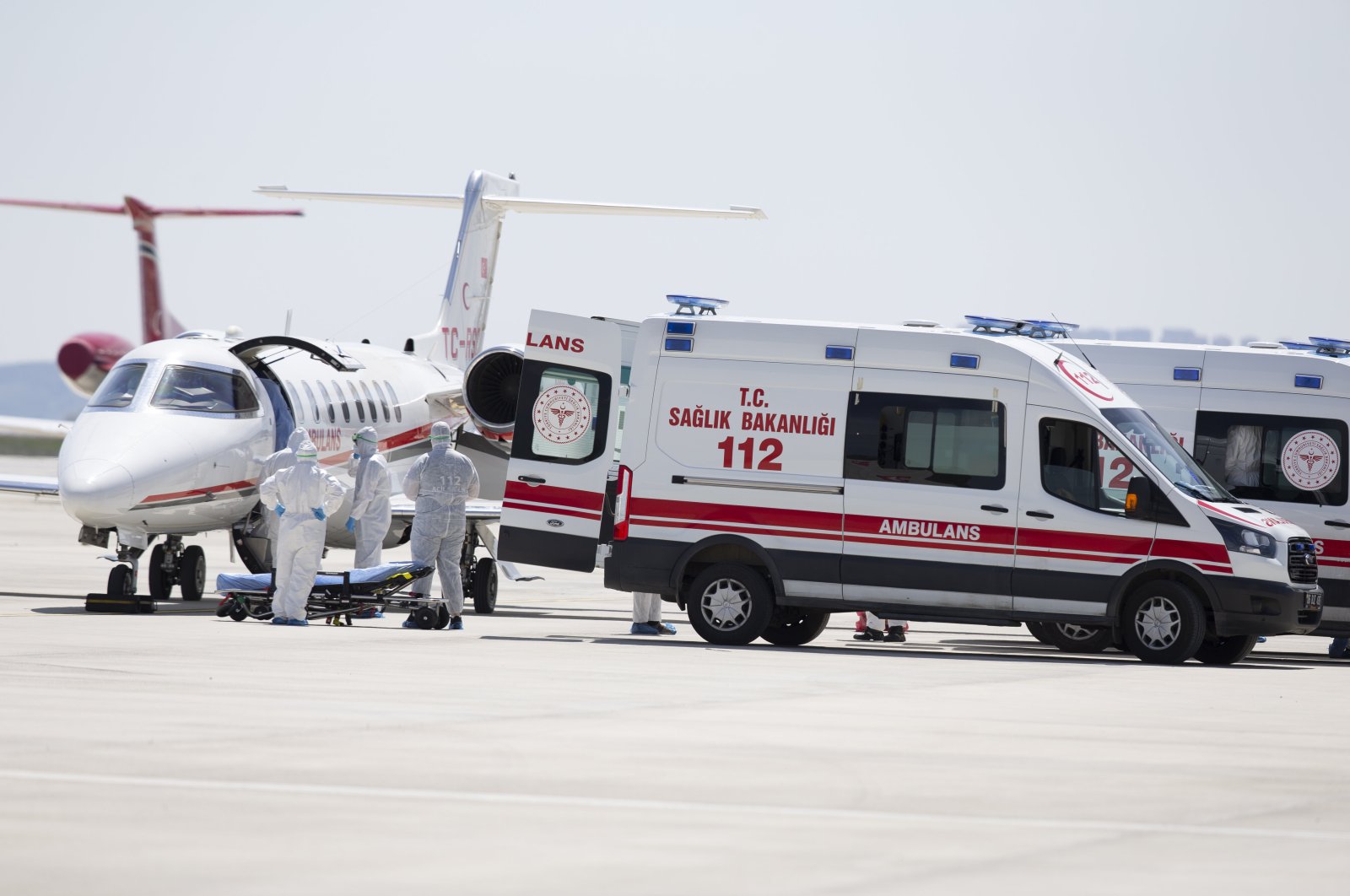 Emrullah Gülüşken was brought from Malmo to Ankara on April 26 in an air ambulance. (AA Photo)
by DAILY SABAH May 12, 2020 12:29 pm
RECOMMENDED

Turkish citizen Emrullah Gülüşken has recovered from the coronavirus after he was repatriated last month from Sweden where he contracted the disease but was denied treatment. He was discharged from Ankara Şehir Hospital in the Turkish capital after making a complete recovery.

Upon his arrival in Turkey via an air ambulance, Gülüşken, 47, was admitted to an intensive care unit and later moved to a regular ward.

During his treatment, doctors found that Gülüşken also suffers from liver dysfunction and diabetes. After his vitals returned to normal, Gülüşken was discharged from the hospital.

In Malmo, Sweden, Gülüşken tested positive for COVID-19 but was denied treatment by authorities.

In late April, he was brought home with an air ambulance to Ankara after his daughters Leyla and Samira shared posts on social media, asking for help from Turkish authorities. After that, Turkey's Health Minister Fahrettin Koca took swift action to bring the family back.

After routine health checks, Gülüşken and his three children were taken to Ankara Şehir Hospital.

"Dear Leyla, we heard your voice. Our ambulance airplane is taking off at 6 a.m. and we're coming to Sweden," Koca said in a Twitter message, saying that the hospitals and doctors in Turkey are ready to treat their father.

Koca later wrote: "A daughter did something that would be an example to all. Our country took very swift action. Our ambulance aircraft brought the patient from Sweden this morning."

The daughters of the Turkish expat thanked Erdoğan and Koca for their initiative.

Turkey’s fleet of ambulances makes up a major part of its health care army striving to respond to coronavirus cases faster.

Air ambulances, in particular, started to become known after bringing Gülüşken from Sweden. Since 2008, Turkey is the only country in the world offering free air ambulance services to its citizens, according to the Health Ministry. As of the end of April, 664 Turkish citizens with various illnesses had been transported by the government.