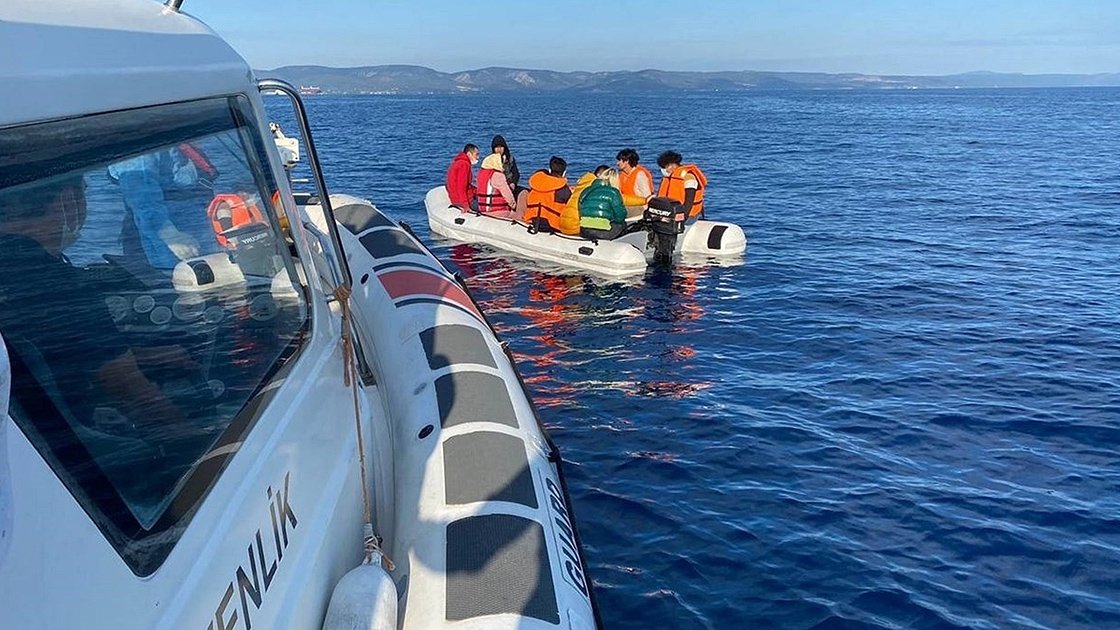 There has been a mechanism in place to protect Turkish coasts since Ottoman times but the modern Turkish coast guard was conceived only 39 years ago. Today, however, it remains a pride of the country’s defense forces as protector of the “Blue Homeland,” the vast stretch of territorial waters from the Mediterranean to the Black Sea.

At the forefront of efforts involving everything from the fight against illegal migration to illegal fishing, the coast guard works around the clock both to aid people and protect against criminals. On the humanitarian side, it has rescued 5,345 people in distress in Turkish waters and intercepted 6,107 illegal immigrants who took up dangerous journeys to Europe since January. Elsewhere, it was behind operations to seize some 150 tons of smuggled oil and operations that were fined up to TL 13 million ($1.4 million) for polluting the sea and another TL 10.5 million for illegal fishing activities. They also protected the country’s Çanakkale and Bosporus straits, assisting in the safe passage of 389 vessels through narrow waterways.

Though their work is diverse, the ongoing conflicts in the world which made Turkey a primary gateway to Europe for thousands of migrants from around the world, increased their burden. The coast guard has made headlines for these efforts over the past decade, saving thousands from certain death, especially in the cold waters of the Aegean Sea. The coast guard boats regularly patrol the vast Aegean shoreline of the country and have intercepted 219 cases of illegal migration since January. It also cooperates with police and gendarmerie in the fight against illegal immigration on land and assisted in intercepting 1,321 irregular migrants headed for Europe and detention of 25 human smugglers, since January.

The coast guard traces its roots to an Ottoman-era customs force. A customs agency for sea borders evolved into a military force in the early years of the Republic of Turkey. It long operated as the “General Command of Customs Protection,” an agency under the leadership of the Ministry of Customs and Monopoly up until the 1950s. It was handed over to the Gendarme General Command in 1956, with separate commands in the Mediterranean, Aegean and Black Seas. In 1982, the Coast Guard Command was established as a separate military force, within the gendarmerie. It was later placed under the command of the Turkish Naval Forces, before gaining an independent status. In 2016, it was placed under the command of the Interior Ministry.