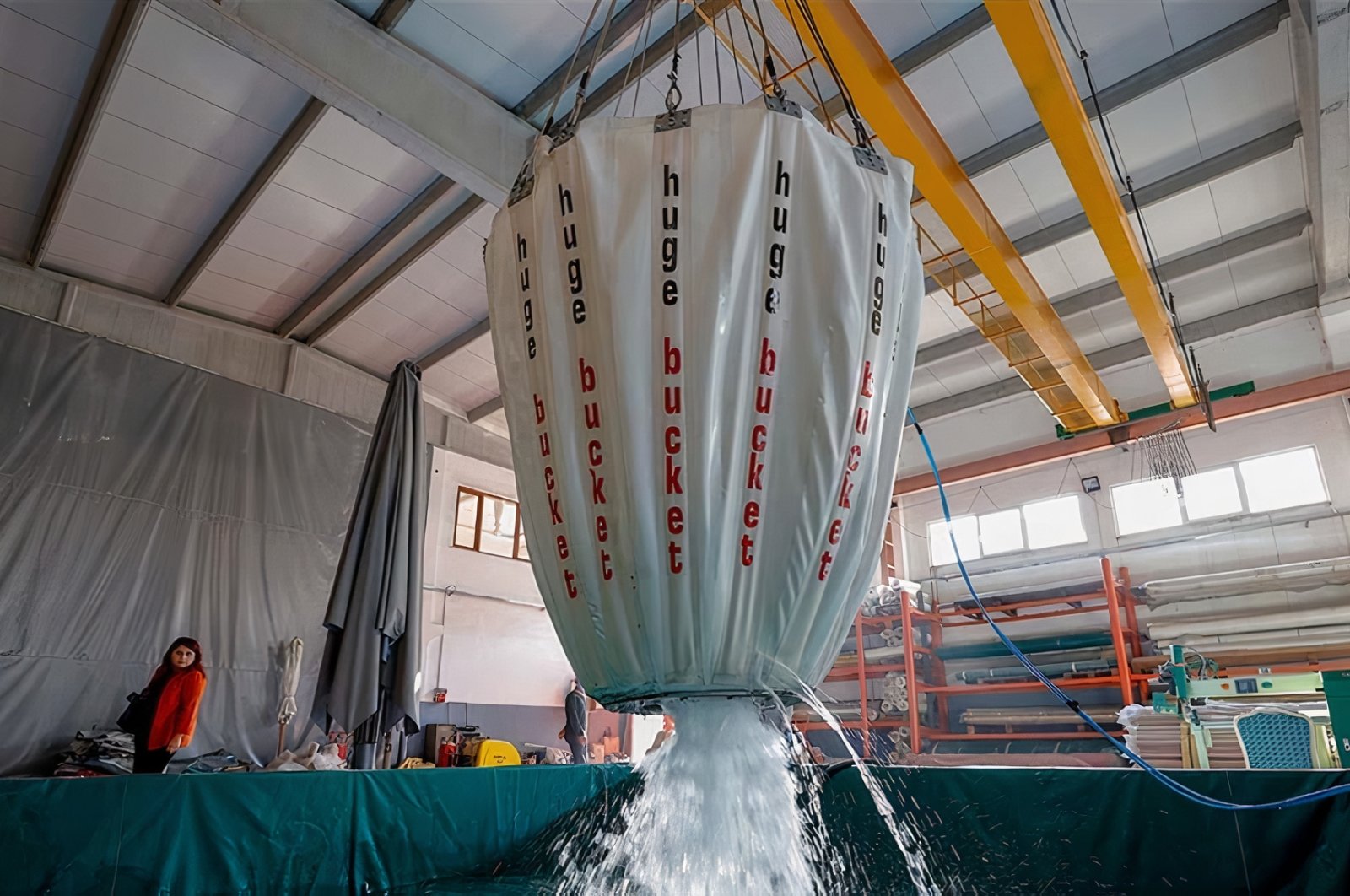 In a technological breakthrough, a company in southern Turkey's Antalya has locally developed a water basket that can be used in firefighting helicopters against forest fires. The water basket makes it possible for them to respond faster to incidents while saving water and time and has successfully passed its initial tests.

A team of 16 people from the company, which exports technical textiles and shading systems that can work in harsh conditions in all seasons to different countries, worked to produce water baskets attached to helicopters after witnessing the forest fires in districts such as Manavgat and Akseki this year.

The water baskets, which were tested with two fire extinguishing helicopters within the scope of the Ministry of Agriculture and Forestry, successfully passed the tests.

With these new generation water baskets, called "Bambi," pilots will be able to spray water from the basket they would attach to the helicopters, in a controlled and more efficient way, over the flames in different regions.

The company, which is preparing to start mass production in January, aims to solve Turkey's needs and also export to different countries.

Evren Ulaş, the general manager of the company, told Anadolu Agency (AA) that he was deeply affected by the forest fires that he witnessed on both sides of the road in Akseki and Manavgat on his way back from Ankara.

Ulaş stated that they examined the technologies used for fire extinguishing apparatuses attached to helicopters. "There is only one company in the world that does this, and it exports it to 140 countries," Ulaş said.

"We thought we can produce this as well," he said and added, "So, we listened to our Ministry of Agriculture and Forestry, Turkish Armed Forces (TSK) officials and senior pilots and worked on questions of 'What are the shortcomings of this project?' and 'What can we add to it so we can take a step forward in technology?'."

"We produced the only controllable helicopter fire extinguishing apparatus in the world. Our Ministry supported us from its inception to the tests," he said.

"The biggest advantage of the product is that when the flames spread to 5-6 points, the pilots struggle with the available equipment, but they can only spill water on a single point. When they press the button, all the water empties in about two and a half seconds, there is no way to turn it off," Ulaş explained.

"In order to respond to the small fire, they see at different four points, they either have to refill water or a separate helicopter comes in. Thanks to this system we have developed, pilots can discharge the water in a controlled manner in two seconds or in half an hour."

"The helicopter, which reaches the sea or the pond, loses at least eight to 10 seconds to fill the existing water baskets. It maneuvers and waits for it to submerge. We've overcome that. The product is fully submerged in two seconds."