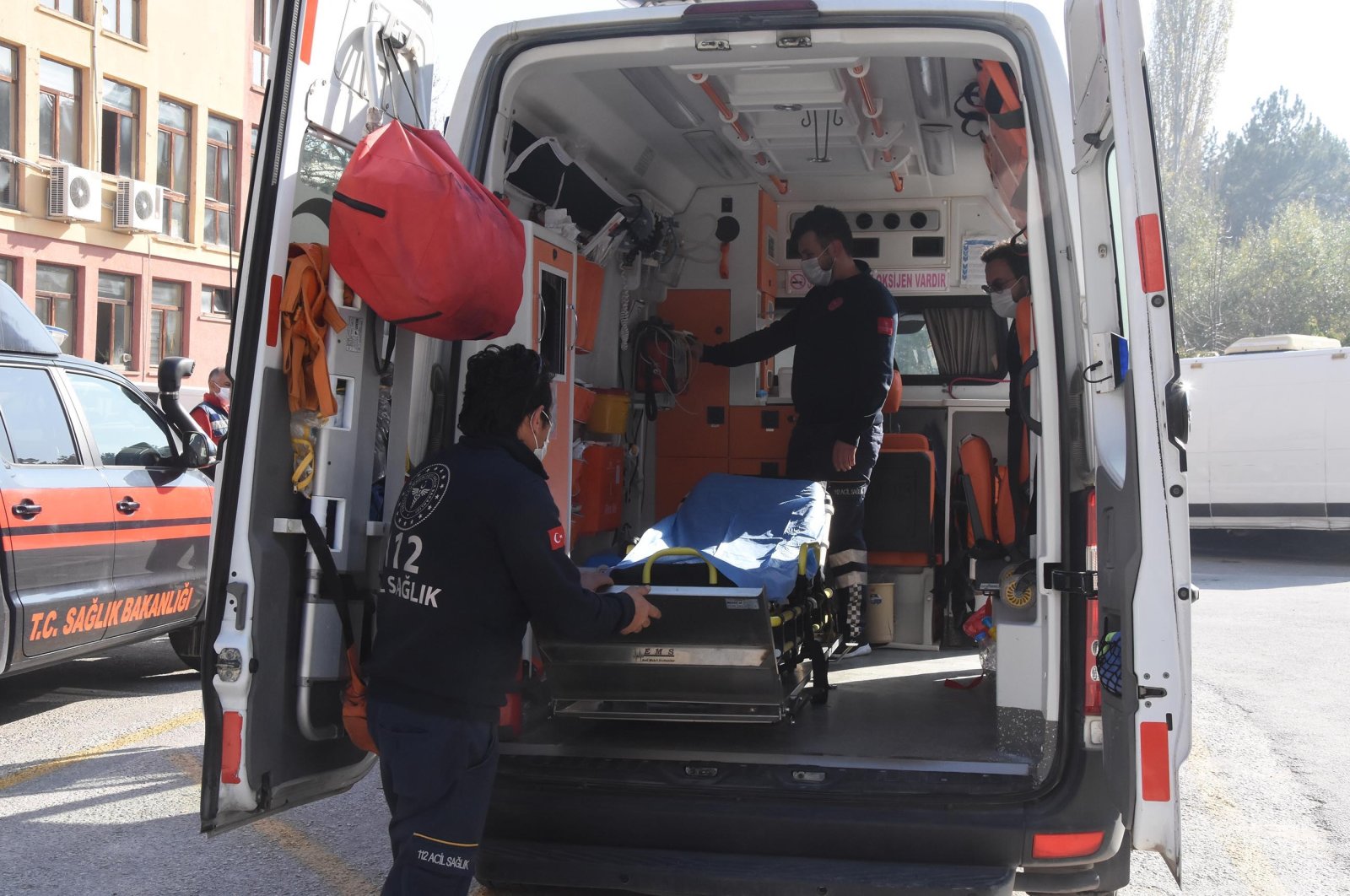 This file photo dated Nov. 14, 2020, shows the first responders who rushed to the aid of 4-year-old Ayda Gezgin after she was pulled from rubble in Izmir 91 hours after the devastating earthquake on Oct. 30, 2020, inside their ambulance in Kütahya, central Turkey. (DHA Photo)
by DAILY SABAH WITH AA Nov 27, 2020 1:53 pm
RECOMMENDED

A court ruling awarding temporary custody of a child based on the mother's exposure to COVID-19 as a medical professional has angered health workers for setting an unfair precedent.

A nurse identified by her initials C.D., who was serving in the home care services department of a state hospital in the northern province of Ordu, filed for divorce and was initially awarded temporary custody of her 5-year-old son.

However, the father, M.A.D., also petitioned the court, arguing that the mother working as an ambulance nurse puts their son's health at grave risk. The father also said the child has a chronic illness.

The court awarded temporary custody of the child to the father, with the ruling stating that it is for the benefit of the child given the highly contagious nature of the coronavirus.

Semih Durmuş, the chairperson of the Health and Social Service Workers' Union (Sağlık-Sen), said in a statement Tuesday that a tragic situation was created with the court ruling.

"It is not acceptable for health workers to be stripped of their children over their profession. We have objected to this court decision based on no concrete data," Durmuş said.

The workload of health workers has reached an unbearable level with the COVID-19 outbreak, he added.

"We knew that health workers had no peace left at home due to COVID-19, but we've started witnessing they are being separated from their children," he said.

Durmuş said that the union has long voiced the need for daycare classes or facilities for health workers' children, arguing that this ruling was a result of the lack of such services.

Turkey witnessed a steep rise in COVID-19 infections and patients over the last week, with the latest data announced by the Health Ministry on Tuesday putting the number of daily positive cases at 29,132, including 6,876 symptomatic cases.

The number of patients in critical condition now stands at 4,711, with the occupancy rates in intensive care units (ICUs) exceeding 70% in large cities.