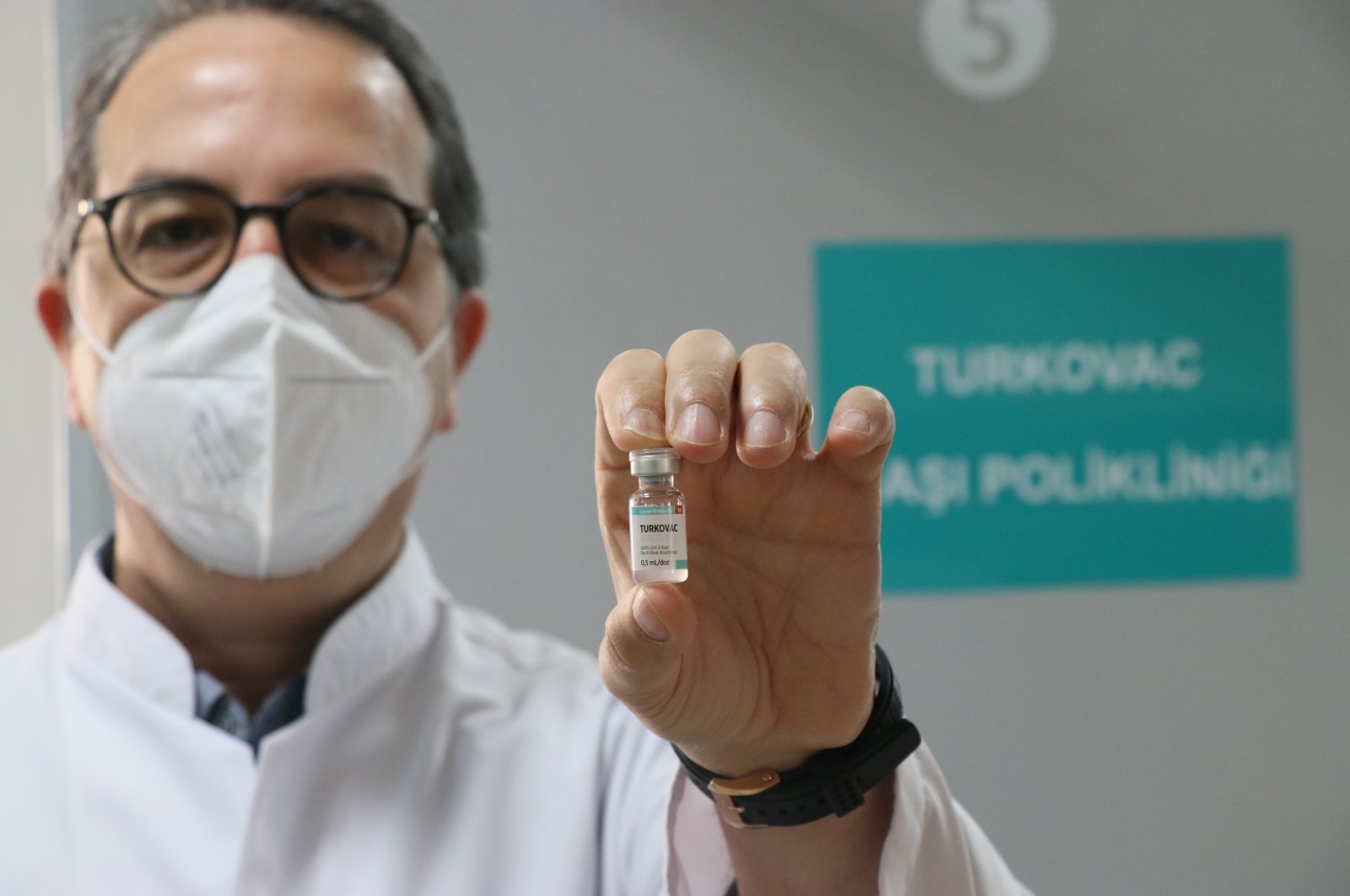 Professor Alper Şener, member of the Ministry of Health Coronavirus Scientific Committee, stated that the Phase 3 studies of the Turkovac COVID-19 vaccine developed by Turkey were nearing completion as it searched for "1,000 heroes" as volunteers.

Şener who is also a member of the Department of Infectious Diseases at Izmir Katip Çelebi University's (IKÇÜ) Faculty of Medicine, noted that vaccine development studies for COVID-19 in Turkey had started in the first days of the pandemic.

He said that the Turkovac vaccine, developed in cooperation with the Presidency of Turkish Health Institutes (TÜSEB) and Kayseri Erciyes University, gave positive results in such a short time as in one year.

"When we look at the Turkish health history, this is a revolution in real terms, because we have a domestic vaccine that has successfully completed its Phase 1 and Phase 2 studies in a short amount of time and has reached Phase 3," Şener told Anadolu Agency (AA).

Explaining that there was no problem in the supply and administration of vaccines in Turkey, Şener expressed that booster doses should not be neglected considering the number of cases and seasonal conditions.

Şener noted that the introduction of the domestic vaccine would also have psychological effects.

"(Some) 3,000 people have been planned for the Phase 3 period of Turkovac in our country. About two-thirds of this has been completed so far. Our volunteer citizens show interest in hospitals where vaccination studies are carried out to complete the remaining part.

"Therefore, we now need the last 1,000 heroes to finish the Phase 3 work of Turkovac and make it widely used. Our volunteers will actually go down in history by completing the Phase 3 work carried out by the Ministry of Health. We invite all our citizens to act selflessly in this regard," he added.

Expressing that the Phase 3 studies of the vaccine are planned to be completed this year, with the last 1,000 people volunteering for the domestic vaccine, Şener emphasized that mass production can be started in 2022.

Şener explained that the domestic vaccine would both meet the needs of Turkey and would be sent to many countries if requested.

"Next year, booster doses of the inactivated vaccine can also be made with Turkovac, and it seems that our vaccine will also block the way of funds from going abroad," he added.

Since Turkovac entered its final rounds of testing, the vaccine’s developers had launched a comparative study between the vaccine and China's CoronaVac in Istanbul and the capital, Ankara in recent months.

The study examined the efficacy levels of both vaccines after their third dose. Volunteers without a history of COVID-19 who are between the ages of 18 and 59 and have received two doses of CoronaVac have been admitted to the study of 220 people.

Researchers aim to determine which jab is safer and more efficient for the third dose. Volunteers' antibody levels will be monitored as well as any possible side effects in the double-blind study carried out over 168 days.

The study runs in parallel with another where volunteers are divided into two groups, with one group injected with CoronaVac and the other with Turkovac as the first dose.

Both studies are ongoing.