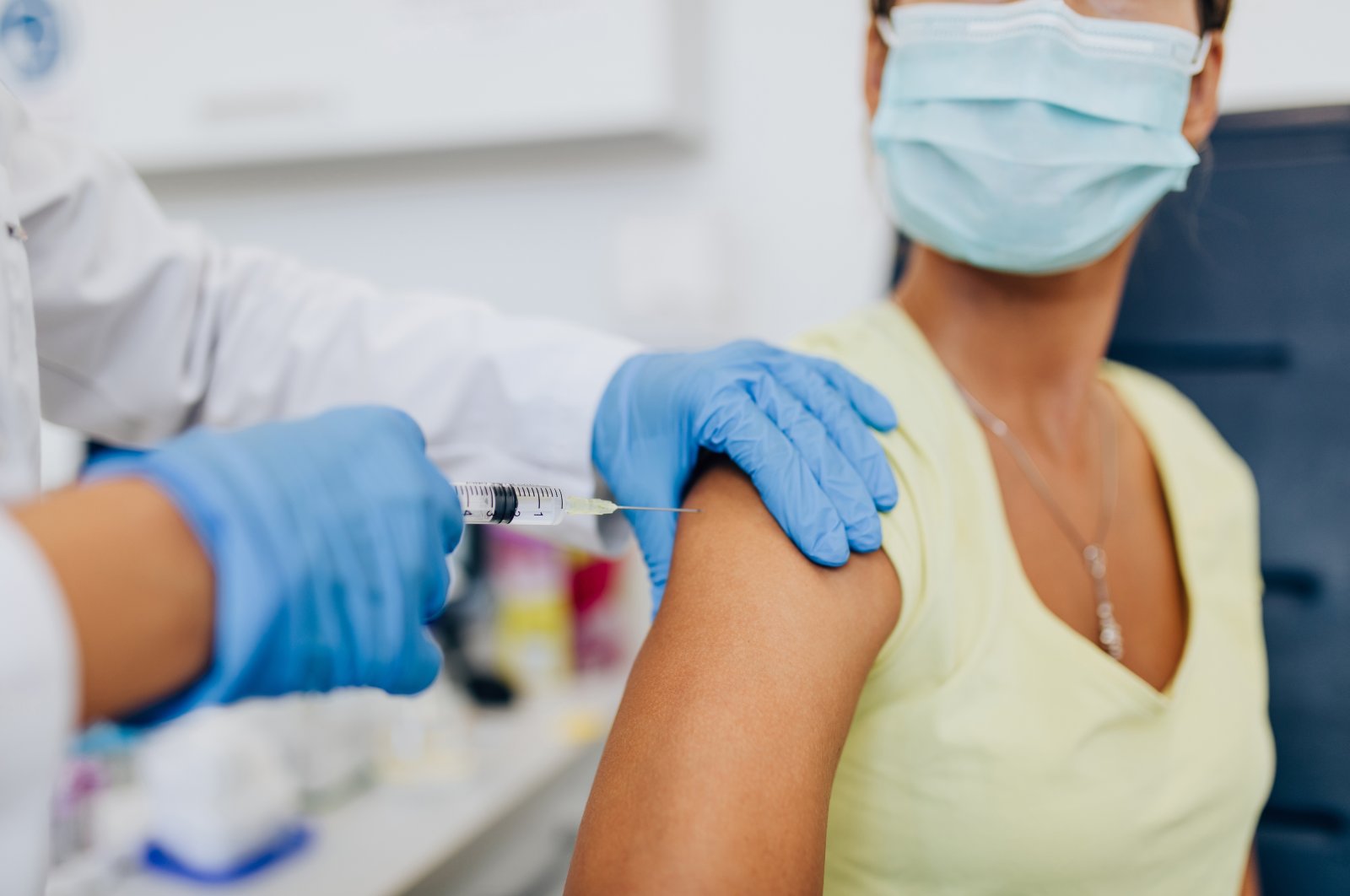 Doses of the Turkovac jab are being administered to volunteers at three hospitals in Izmir as part of Phase 3 trials of the homegrown vaccine, according to Dr. Mehmet Burak Öztop, the provincial health director.

“To start, we have invited people under the age of 60 who have received two doses of the Sinovac vaccine and are willing to take a third Turkovac dose as a booster,” he told reporters.

He added that they will start to administer Turkovac shots to people who are still completely unvaccinated in the coming weeks.

Turkovac was developed by scientists at Kayseri's Erciyes University and started its Phase 3 human trials in June. The inactive vaccine is now awaiting emergency-use approval, and Health Minister Fahrettin Koca announced that its mass production will likely begin later this month pending approval.

Since Turkovac is in its final rounds of testing, the vaccine’s developers also launched a comparative study between the vaccine and China's CoronaVac in Istanbul and the capital, Ankara. The study examines the efficacy levels of both vaccines after their third dose. Volunteers without a history of COVID-19 who are between the ages of 18 and 59 and have received two doses of CoronaVac have been admitted to the study of 220 people. Researchers aim to determine which jab is safer and more efficient for the third dose. Volunteers' antibody levels will be monitored as well as any possible side effects in the double-blind study carried out over 168 days. The study runs in parallel with another where volunteers are divided into two groups, with one group injected with CoronaVac and the other with Turkovac as the first dose.

Meanwhile, Turkey has administered over 112.64 million doses of COVID-19 vaccines since it launched a nationwide immunization drive in January, according to official figures released Monday.

More than 54.56 million people have been given a first dose of a COVID-19 vaccine, while around 46.43 million have been fully vaccinated, the Health Ministry said.

Turkey has also given third booster shots to more than 10.77 million people.

Since December 2019, the pandemic has claimed over 4.85 million lives in at least 192 countries and regions, with more than 238 million cases reported worldwide, according to Johns Hopkins University in the United States.