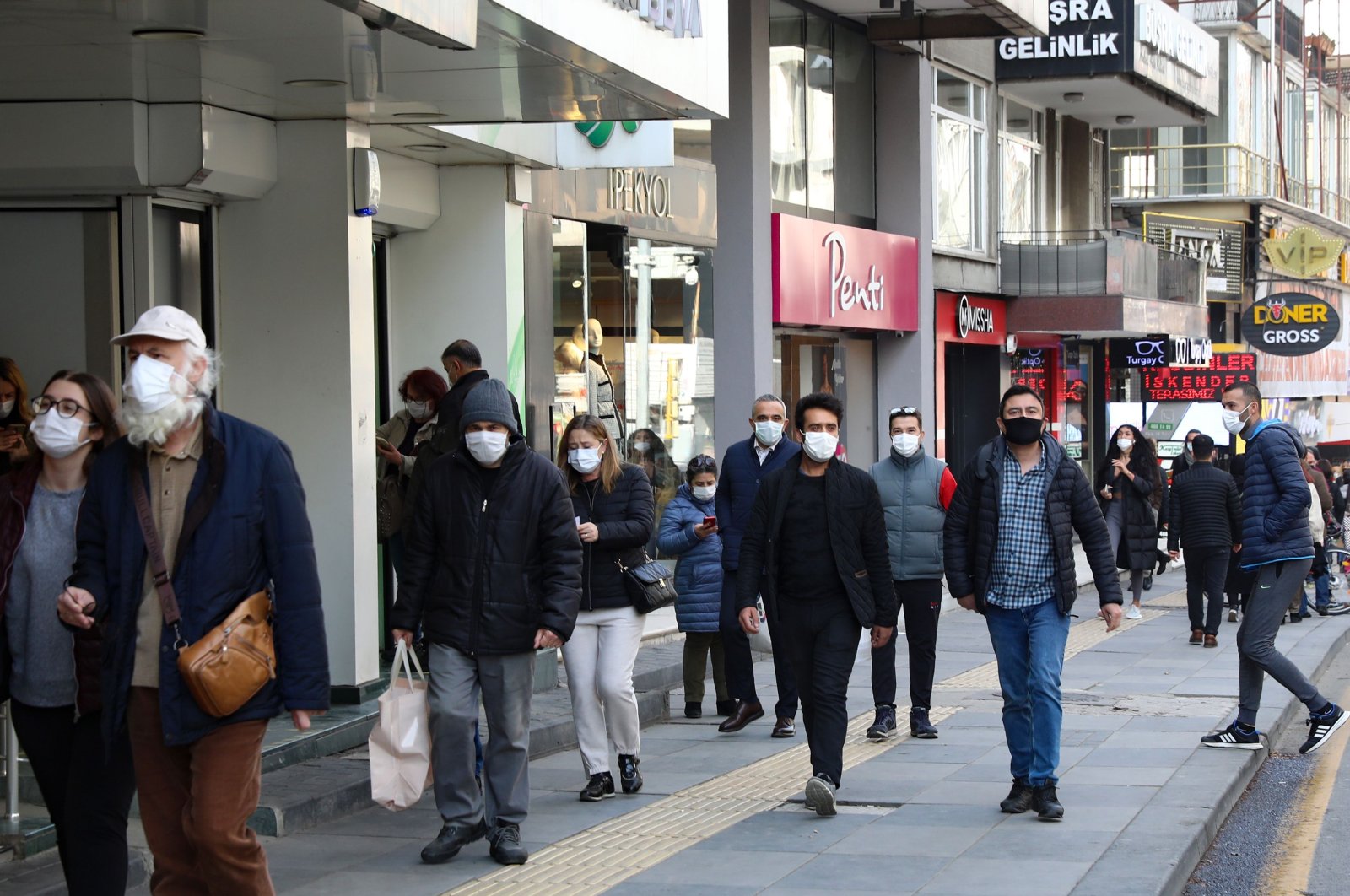 Three inactive coronavirus vaccine candidates developed in Turkey have pending permits for human trials, Health Minister Fahrettin Koca announced. In a statement following a meeting with the scientists behind the vaccine studies, health authorities and the president of the Scientific and Technological Research Council of Turkey (TÜBITAK), which oversees the vaccine development, Koca said vaccine candidates had applied for approval to Turkey Pharmaceuticals and Medical Devices Institution (TITCK).

Inactive vaccines are based on traditional vaccine technology that uses inactivated coronavirus strains that cannot replicate in human cells to trigger an immune response. Last month, the country received its first shipment of CoronaVac, an inactive vaccine developed by China's Sinovac, and plans have been made to inoculate the population in a few weeks after the final analysis of the vaccine that has gone through human trials in the country throughout the past few months.

Along with inactive vaccines, two adenovirus-based vaccines wrapped up pre-clinical trials and applied to TİTCK. Adenovirus-based vaccines use a virus called adenovirus to carry genetic material from the new coronavirus' protein into the human body, a method also used by researchers at the University of Oxford and AstraZeneca for their vaccine candidate. Russia's Sputnik V vaccine, which Turkey once considered to jointly produce with Russia, is also adenovirus-based.

Koca said a Virus-Like Particle (VLP) vaccine, which is unique in the world, has reached the level of production for research and application for testing on humans soon. VLP vaccines depend on molecules that resemble viruses but are non-infectious as they do not contain any viral genetic material. They are derived from synthesized viral structural proteins or through their natural development. They are more suitable for people with weaker immunity according to studies. "We have more vaccines in development and in pre-clinical trials," Koca said.

The country set up a COVID-19 platform in the early days of the outbreak to develop drugs and vaccines against the virus, under the supervision of TÜBITAK. ERUCOV-VAC, developed by scientists at Erciyes University in the central province of Kayseri, moved to the human trial phase in November. TÜBITAK's platform – which brings together hundreds of researchers from 25 universities, public research bodies and private firms – includes 17 projects on medicine and vaccines against the virus.

The minister said authorities examined all facilities with the capacity to produce vaccines and issued Good Manufacturing Practice (GMP) certificates. "All our agencies are working hard to ready our vaccine candidates. Our country has the scientific capacity to research and develop all types of vaccines. I believe the scientific and technical infrastructure we have and the endeavor of our scientists will create the best vaccines. All public resources are mobilized for vaccine candidates and their availability for the wider public," he said.

Last month, authorities have announced that four vaccines developed in the country have successfully passed animal trials and were headed for Phase 2 clinical trials.

Turkey has struggled with a surge in coronavirus cases in the last months of 2020, but sees a silver lining with the arrival of vaccines from China. A gradual decline in cases and deaths this week, thanks to strict restrictions, including nighttime curfews on weekdays and curfews over the weekends, also boosts hopes.

Yet, concerns remain high over a new strain of the virus, which was reported in the United Kingdom late last year. Turkey has placed 15 people from the country into quarantine after they were found to be infected with the new strain. Authorities assure that the new strain, which has a higher rate of transmission, is not more dangerous than the current strain in the country as long as protection measures are in place.

Professor Mustafa Necmi Ilhan, a member of the Health Ministry's Coronavirus Scientific Advisory Board, which makes recommendations to the government over measures against the outbreak, says Turkey was quick to respond to the mutated virus. The country suspended flights to and from the U.K. last month while people who arrived from the country, as well as Denmark, the Netherlands and South Africa are subject to mandatory polymerase chain reaction (PCR) tests.

"All arrivals from those countries are isolated until their test results are ready," İlhan told Anadolu Agency (AA) on Wednesday. Positive cases are isolated and those who came in contact with them are quarantined. Ilhan, however, warns that the number of people infected with the new strain in the country may be higher. He says current measures against the outbreak appear efficient for preventing the infections of the new strain as well, referring to mandatory masks, social distancing and hygiene rules and a string of restrictions to prevent crowding in enclosed spaces.

"Since this strain is more infectious, people need to comply with the rules against the outbreak more strictly. We are talking about a mutation that makes the virus about 70% more infectious according to initial data. So, it is vital to properly use masks, be wary of social distancing and hand hygiene," Ilhan said.

The professor noted that Turkey managed to ensure social distancing by shutting down restaurants, cafes and other venues where people are closer to each other, but people should be careful not to gather regardless. He singled out "household infections" as a potential breeding ground for new cases. He was referring to people meeting in homes for parties or visiting neighbors or relatives – all of which are difficult to monitor. "Being among a crowd in an enclosed space without air circulation is the most important factor increasing the likelihood of infection. This risk is far higher with the mutated virus," he warned.