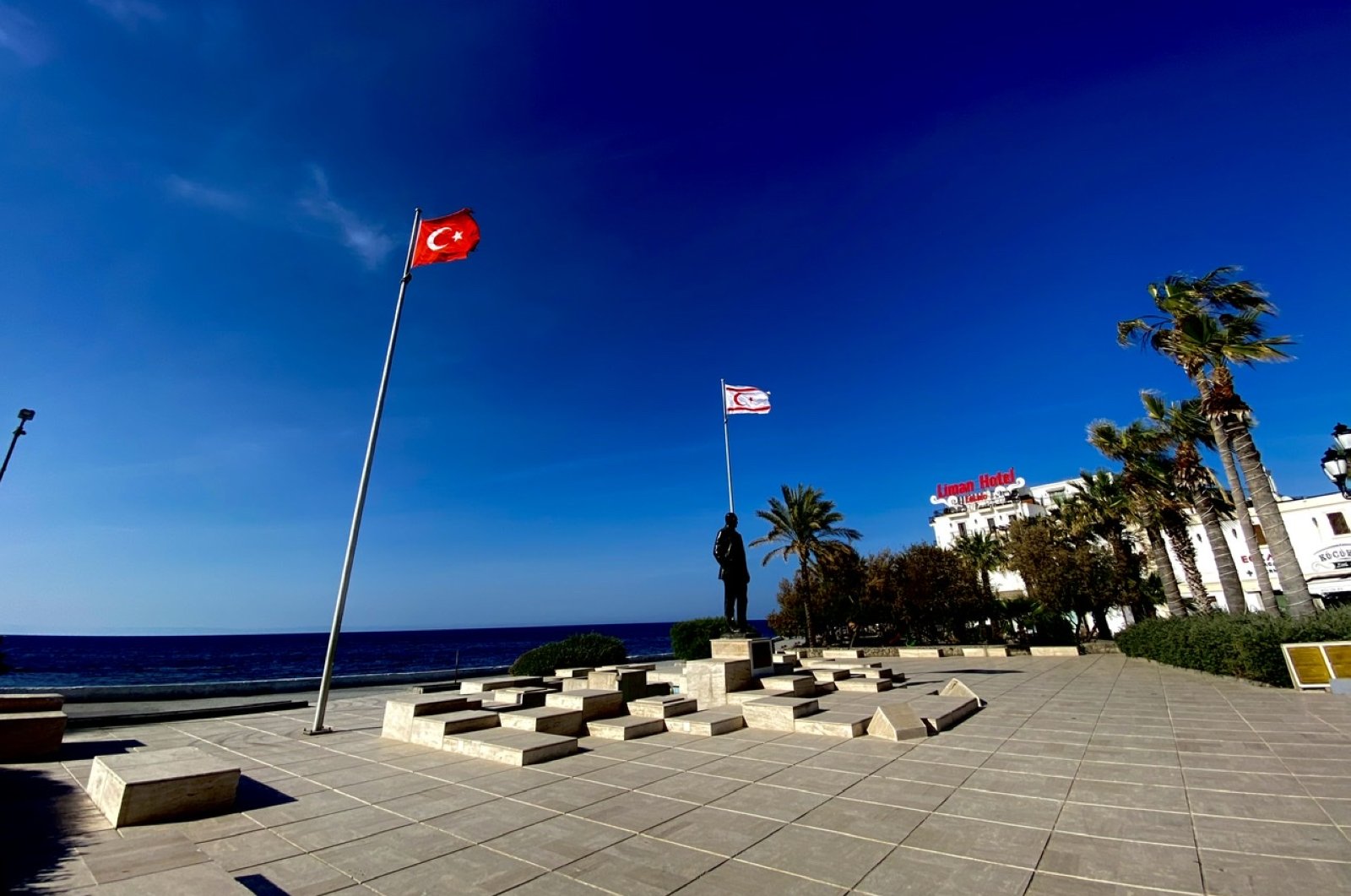 A deserted square, normally bustling with tourists and visitors, is seen in the center of the northern town of Girne, Turkish Republic of Northern Cyprus, April 21, 2020. (DHA Photo)
by Agencies Apr 25, 2020 9:47 am
RECOMMENDED

The Turkish Republic of Northern Cyprus (TRNC) on Friday reported that no new cases of the coronavirus had been observed over the past week.

Health Minister Ali Pilli said 2,868 tests had been conducted over the past week, none having tested positive. Pilli said 546 people had been tested on Friday alone and that the last positive case was confirmed on April 17.

The virus was first seen in the TRNC when a German tourist visiting the country tested positive on March 10. A total of 8,423 people have since been tested, with 108 cases reported. So far, 87 people have successfully recovered and been discharged and 17 continue to receive treatment. Meanwhile, four others have lost their lives.

The country has imposed strict measures, suspending schools, public offices and most businesses, imposing a partial curfew and closing borders in line with measures extended until April 30. All citizens have been required to wear face masks and only to leave their homes for the most basic of needs, according to a cabinet decision announced Thursday.

To the south of the U.N.-patrolled Green Line separating the two halves of the island, the Greek Cypriot Administration announced nine new cases of COVID-19, with one person dying of the virus. The total number of cases there has risen to 804, while the total number of deaths has come to 14.

Greek Cypriot authorities on Friday also extended a ban on commercial air traffic until May 17 to curb the spread of coronavirus.

The ban, first introduced on March 21 and extended by following decrees ever since, will now extend from April 30 to May 17, Transport Minister Yiannis Karousos said in a tweet, citing a cabinet decision. Cargo and humanitarian flights, as well as repatriation flights to and from the Mediterranean island, are exempt.

Greek Cyprus has imposed restrictions on movement, including a night curfew and allowing people to leave their homes only once a day with a special permit.

After originating in China last December, COVID-19, the disease caused by the coronavirus has spread to at least 185 countries and regions across the world. Europe and the U.S. are currently the worst-hit regions.

The pandemic has killed over 195,000 people, with total infections exceeding 2.78 million. Meanwhile, more than 765,00 have recovered from the disease, according to figures compiled by the U.S.-based Johns Hopkins University.