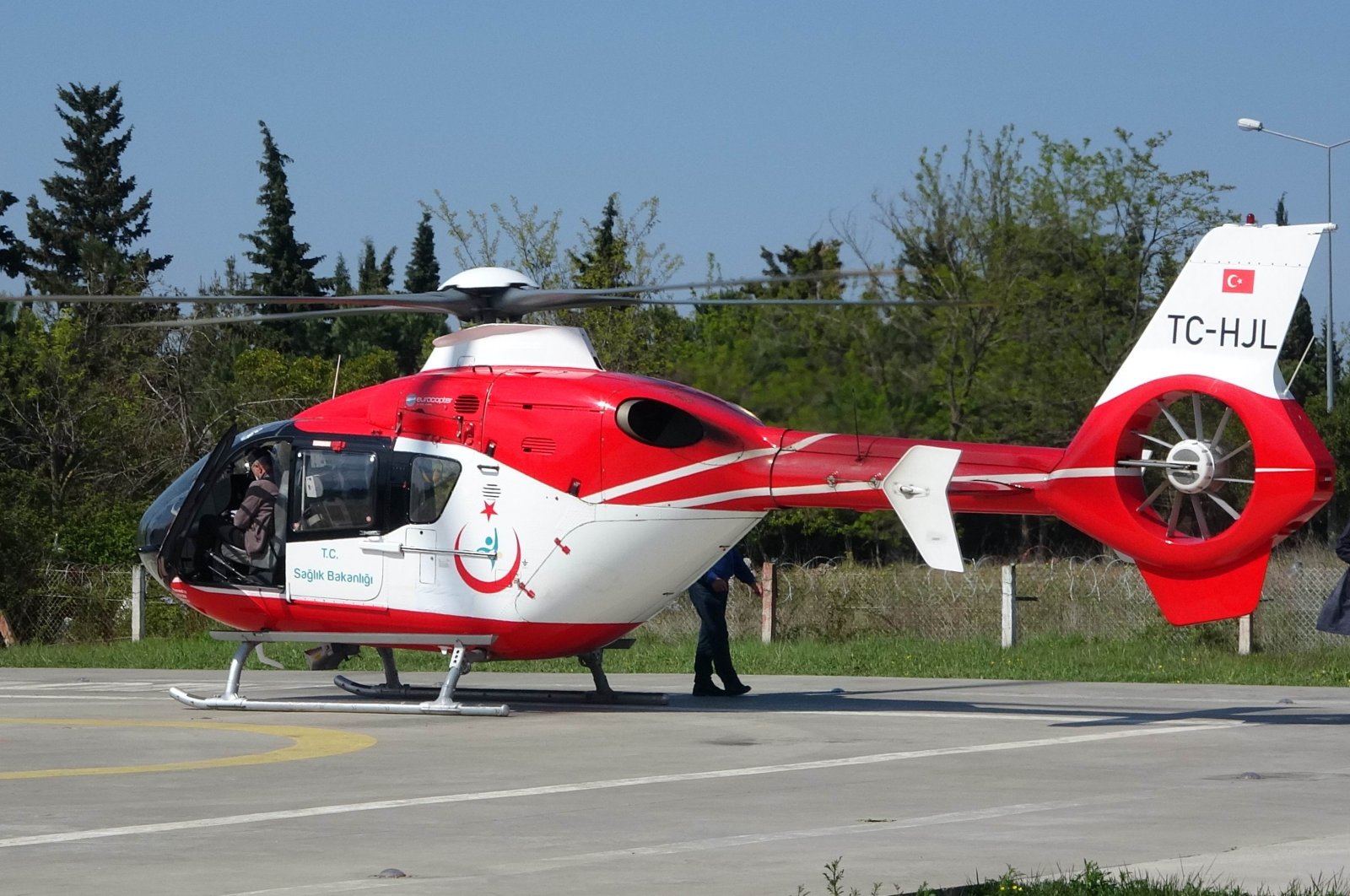 A helicopter ambulance dispatched to pick up a critically ill patient in the northern province of Samsun had to return empty after local farmers refused to let the helicopter land on his crops.

According to the authorities, locals in Samsun’s Vezirköprü district contacted emergency services after Cemil Yeniçerioğlu, a resident with chronic cardiac issues, fell ill.

The authorities had to dispatch an air ambulance near the Altınkaya Dam Lake as the ferry services – the only mode of transportation out of the area – were shut down during the COVID-19 weekend curfews.

Arriving 20 minutes after the call, the helicopter tried to land in a nearby patch of crops to pick up the patient but it was turned away by the farmer, who feared the vehicle would damage his crops.

“There was a big crop field nearby and the helicopter pilot said he wanted to land there. But the farmer who owns the land did not allow it to land as they gestured with their hands in front of the helicopter. They said it would ruin their wheat crops,” said Yahya Yılmaz, the neighborhood’s mukhtar who made the call to the emergency services.

The patient was later taken to a hospital after paramedics crossed the lake on a rowing boat. The hospital said the patient was now in good condition.

Yılmaz called the farmer's actions as “ignorance” and said the whole incident left everybody in the neighborhood ashamed.