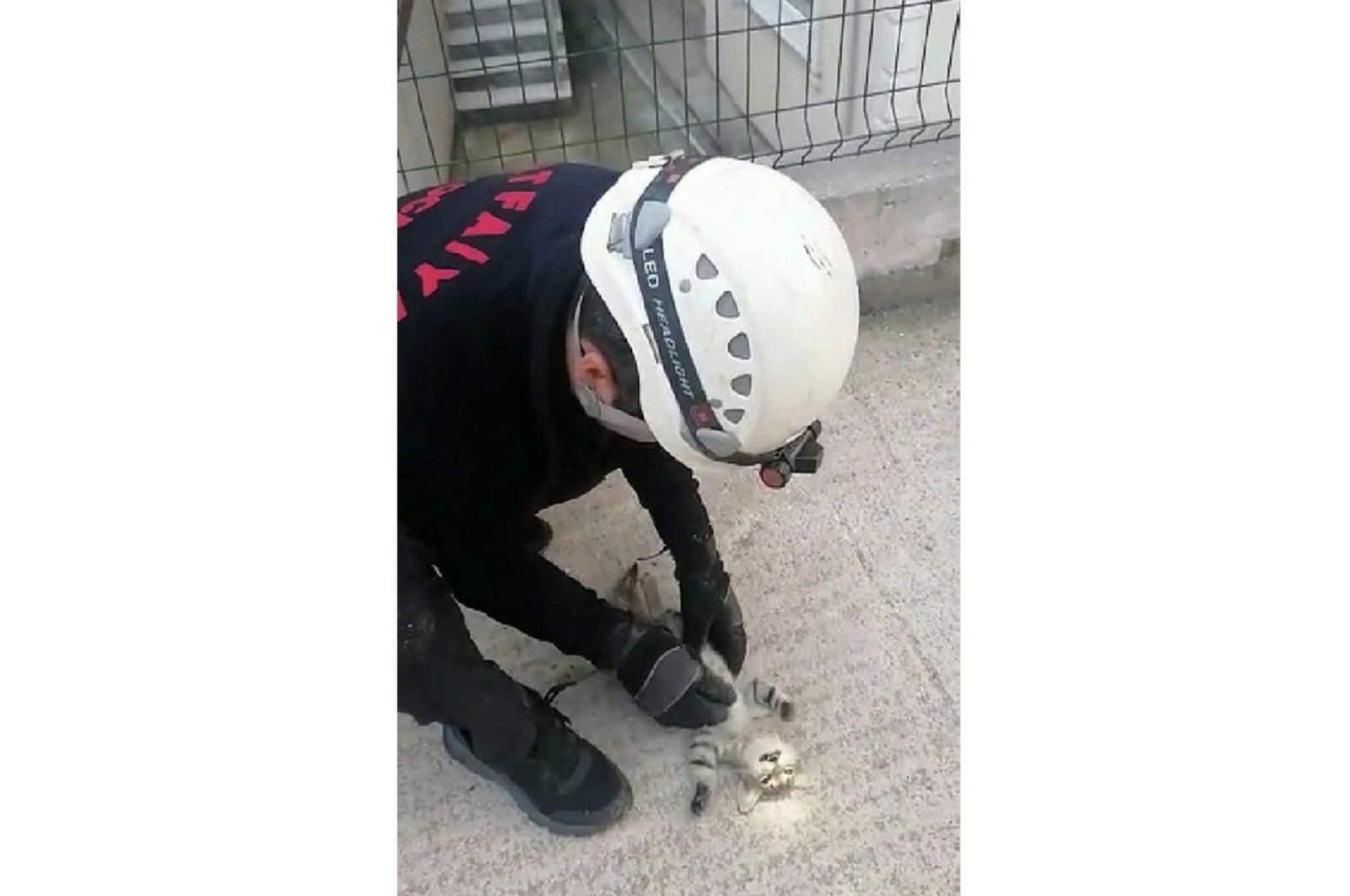 The fireman applies heart massage to a cat whose heart stopped after being stuck in between two buildings in northwestern Turkey's Kocaeli on Sept. 26, 2021 (IHA Photo)
by Daily Sabah Sep 27, 2021 5:48 pm

A fireman in northwestern Kocaeli province’s Derince district saved the life of a cat on Sunday by applying cardiac massage.

The cat was stranded between two buildings and its heart had stopped, Ihlas News Agency said in a report.

Firemen were alerted by the people who spotted the cat. Swiftly arriving at the scene, Kocaeli firemen rescued the cat as one officer started applying cardiopulmonary resuscitation to the animal.

After the cat recovered, the fireman immediately gave the cat some water, fearing it was suffering from dehydration.

After it completely recovered, the cat was released into the nature by the officers.