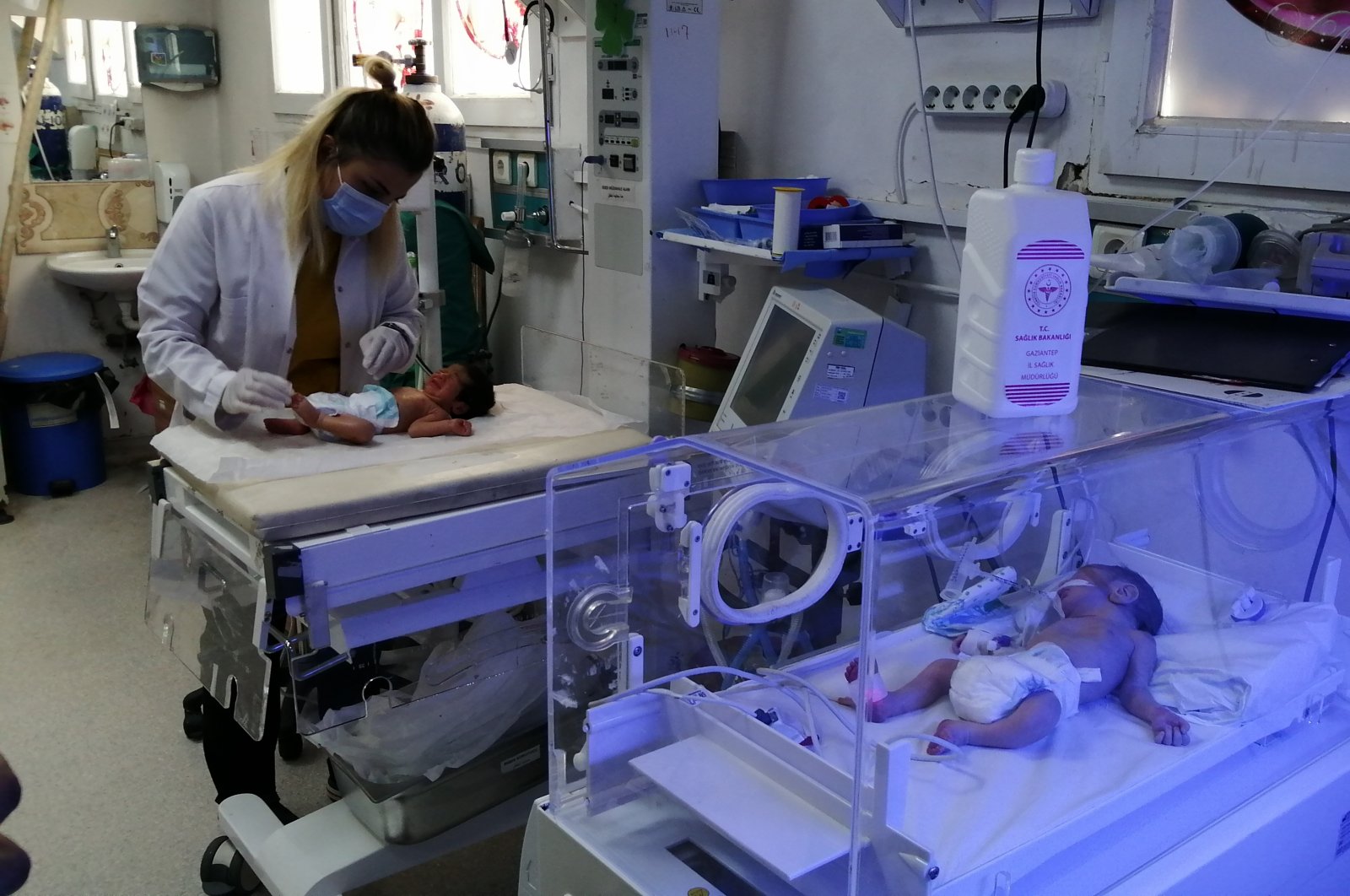 Mothers in Jarablus, a Syrian town cleared of Daesh with the aid of Turkey, have found help from the neighboring country on how best to care for newborns. At the hospital's maternity clinic, built with the assistance of Turkey, around 700 women were educated on the importance of breast milk and breastfeeding within two months.

Thanks to the training on mom-baby adaptation, babies can be nourished more comfortably, giving birth can take place in a healthier environment, and diseases including hip dislocation, respiratory failure and jaundice can be prevented. The education has proven beneficial, as the 80% occupancy rate in the newborn care unit in Jarablus Hospital was halved in the last two months.

Chief nurse Hasret Yıldızoğlu, an adviser on humanitarian aid at the hospital, told Anadolu Agency (AA) on Wednesday that their clinic serves thousands of people and they launched training for mothers two months ago. In the meantime, they carried out eye examinations and hip dislocation examinations for nearly 700 infants.

“In 2020, six out of eight babies in the ICU (Intense Care Unit) were hospitalized due to malnutrition, but in the last two months, these rates were halved. Our goal is to decrease this rate to zero. With the training we offer in the clinic, we hope to minimize home births as well,” she added.

Jarablus Hospital was the first facility to be opened in the region following the anti-terrorism operation “Operation Euphrates Shield” carried out by the Turkish military. Jarablus Hospital, which used to be a school building, was transformed into a hospital with a capacity of 75 beds and three operation rooms, ten dialysis machines, one delivery room, an ICU with eight beds and eight incubators after a series of renovations and now can offer medical treatment 21 branches.