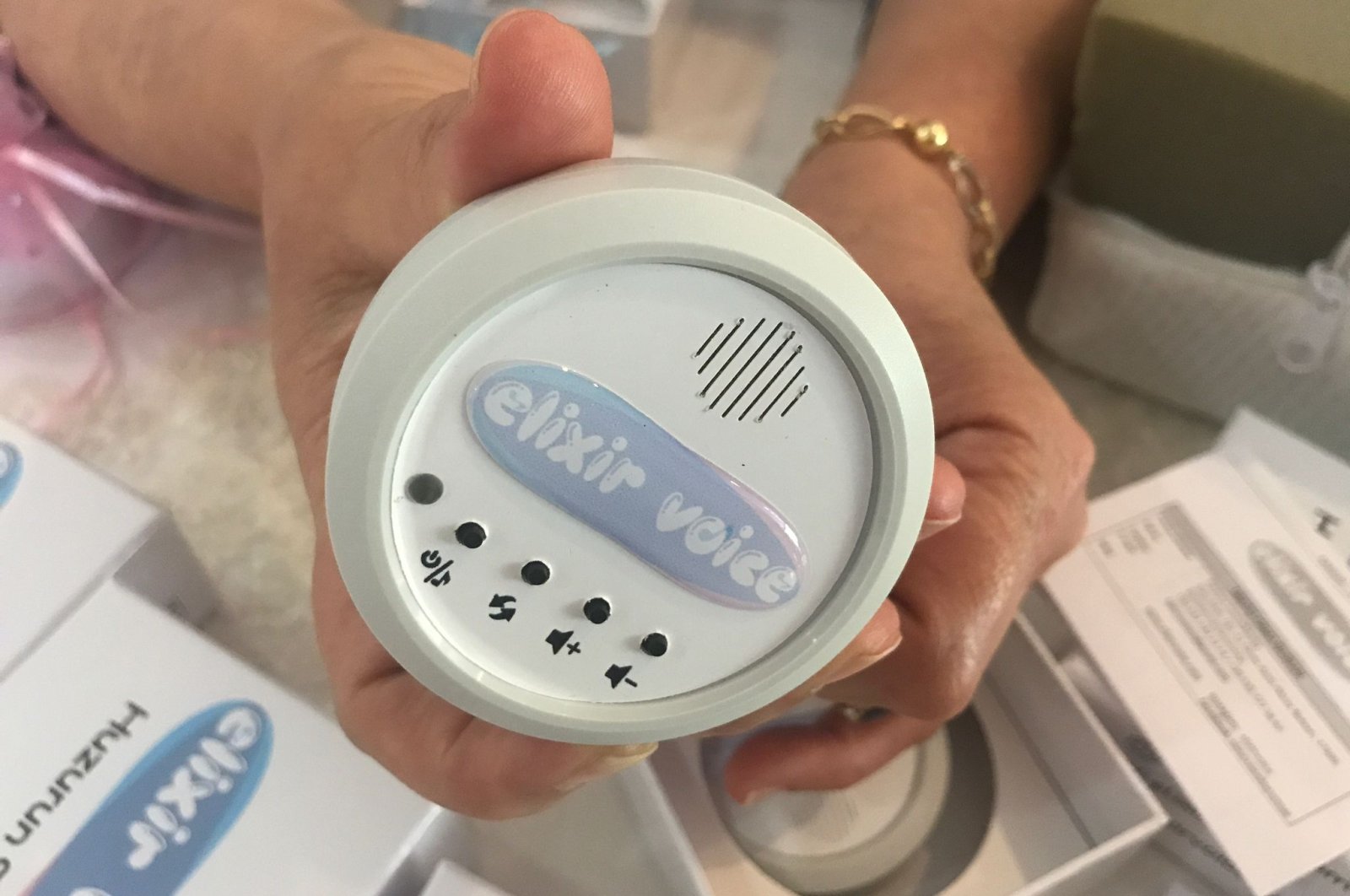 Rocking the cradle, swinging them on your lap or cuddling them in your arms and swaying are among the few options to get a newborn baby sleeping. A device created by a Turkish entrepreneur may make this difficult process easier for parents. Pervin Özovacı, who lives in the southern province of Gaziantep, is behind the ingenious baby pillow that integrates white noise with the sound in the womb. Özovacı aims to introduce her product, called "The Voice of Peace," to the world with the support of the Gaziantep Regional Industrial Design and Hybrid Modeling Center (GETHAM).

The entrepreneur started her career after the age of 40 and established her own design studio in 2001. For the past year, she has been carrying out studies that will allow babies to sleep more peacefully. As part of her studies, she created software called "Elixir Voice" which includes a combination of white noise and the sound in the womb and inserted the software device into a pillow produced for babies. With her project "The Voice of Peace,” she applied to the Startup Acceleration Program (SAP), which was carried out in cooperation with the German International Cooperation Agency (GIZ) and GETHAM.

Her project was accepted as the "best project" in the SAP program, in which a total of 180 projects applied for financial support.

Özovacı, who has started selling the pillows in Turkey, has also made attempts to reach the global market. "We aim to introduce our product to the world. We have also made attempts to establish connections in the U.K. and the U.S. I believe that we will launch a good brand from Gaziantep,” she told Anadolu Agency (AA). "The babies we tested this device on slept very peacefully. We have seen that the sleep problem of babies has been solved to a great extent. Our next goal is to open up to the world,” she said.