Turkish maker of world's smallest knives loses most of his sight 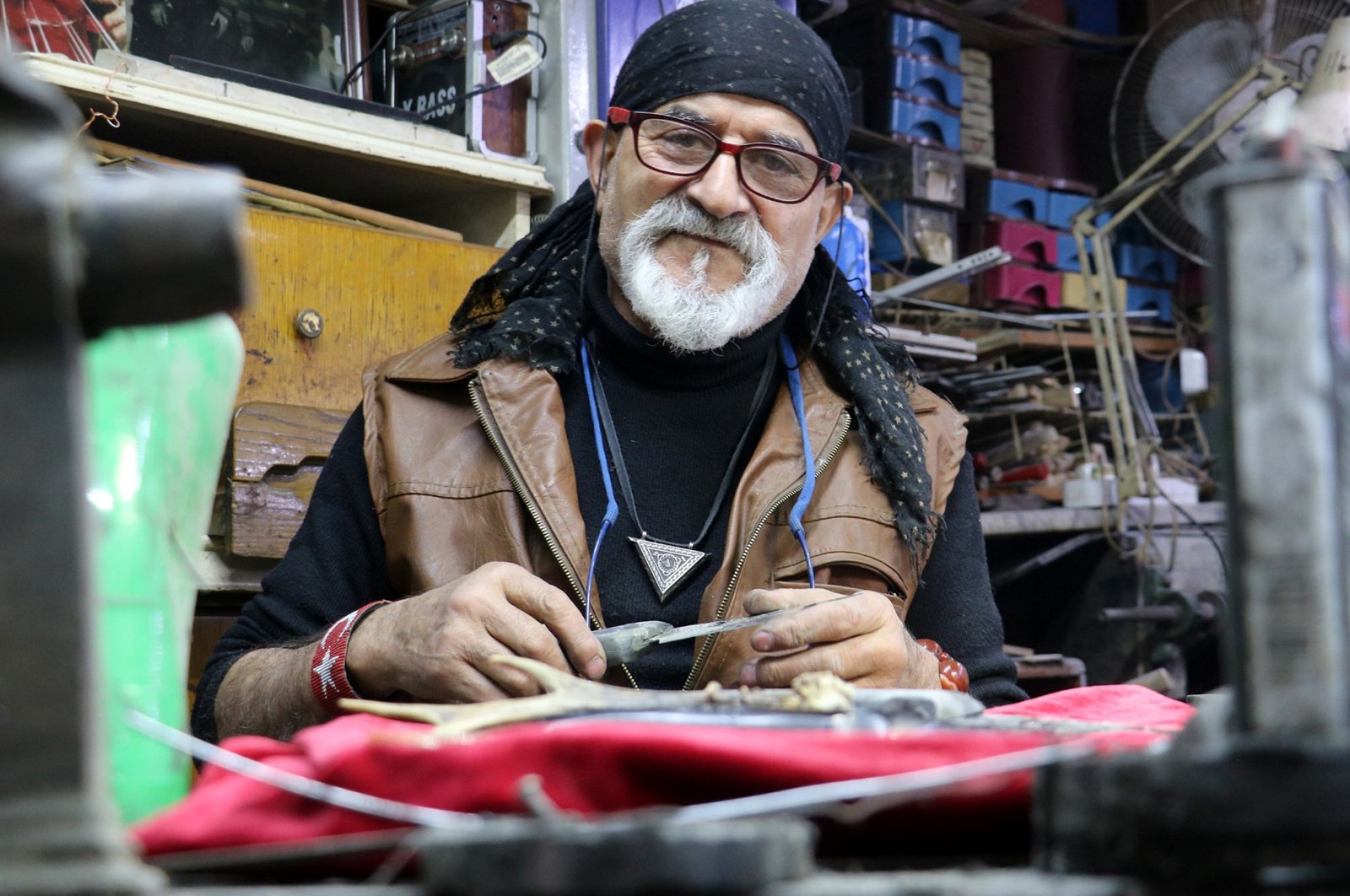 A Turkish artisan known for his mastery of the art of making knives and who has been a Guinness World Records nominee for his remarkable and specially made tiny knives measuring just 1.5 centimeters (0.59 inches) in length, has started to lose his vision, threatening the continuation of his unique artform.

Erdoğan Güzel, nicknamed "Şirin Baba" or "Papa Smurf" in reference to the Papa Smurf protagonist from the comic strip "The Smurfs," has been suffering a health issue that makes it hard for him to continue to his art, craft and profession.

Güzel has worked as a master knife maker in eastern Turkey's Sivas for 25 years, transforming mastery into art with the knives he crafts. The same curiosity that lead him to master the artistry of tiny knives has caused sight to deteriorate.

However, Güzel, who is in love with the art of knifemaking, does not intend to give up practicing his profession, despite the risk of losing his sight completely.

In fact, he plans to break his own record of crafting the smallest knife, at 1.5 centimeters long, by creating a 1 centimeter-long knife.

Güzel noted that he was nominated to the Guinness World Records with the small knives he made. "I've been doing this job for 25 years. I made Turkey's smallest knife. I did it on stage. I didn't do it to be a champion, to be the first or to win an award. I made tiny knives to raise awareness for the younger generation," Güzel told Ihlas News Agency (IHA).

Güzel stated that no one warned him about his eyes.

"We were not as lucky as you. We found our way through life by trail and error. We learned about the cold after shivering, and the hot after being burned. No one said that if you get closer than 30 centimeters, you'll hurt your eyes. Now, I made those tiny little knives under the lens. Currently, I have a yellow spot in my eye because of my age. I have 50% vision loss."

Güzel noted that he would continue to make tiny knives even if his eyes continued to deteriorate.

"There are people who want tiny knives a lot. My working principle is on trade anyway. I work with enthusiasts and collectors. Although I can't make small knives in millimeters, I can easily say that under the lens, I could make a 15 or 20, if I force myself a 10-milimeter one," he said.

After a certain age group, vision impairment begins. You buy a brand new car, you drive for 2 or 3 years, then you have to (take it to a mechanic) in the fourth year. I've been driving this car for 74 years. There will be troubles."