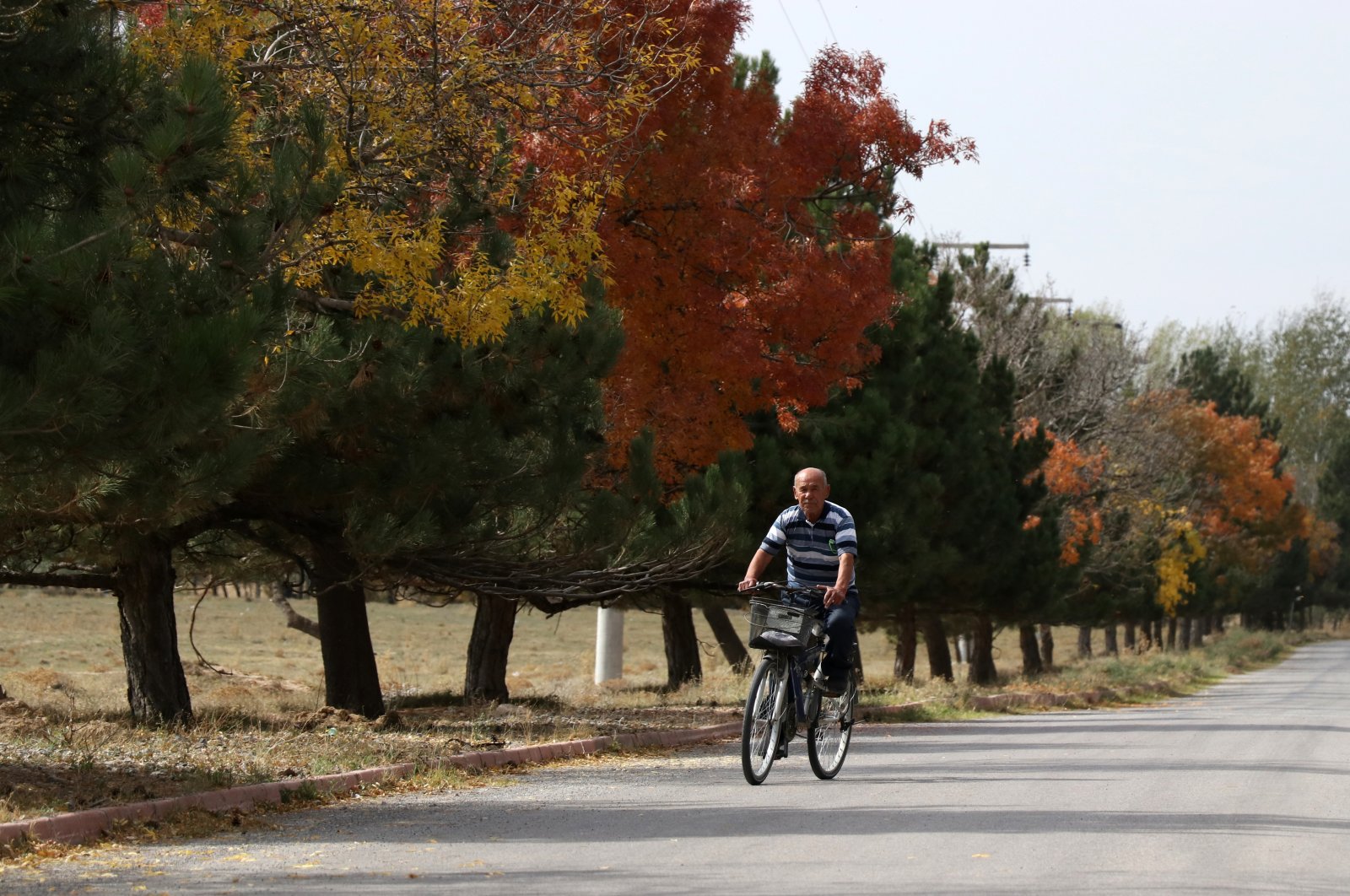 An elderly man living in Turkey’s central Konya province known for his compassion for environmental cleanliness and stray animals has been riding a bicycle almost every day for 71 years.

Despite his advanced age, Eyüp Nizam, 80, travels about 20 kilometers (12 miles) a day on his bicycle and advises young people to pedal for a healthier life. He lives in the Sarayönü district of Konya and uses the bicycle as his daily transportation. Also, during his free time, Nizam goes for walks, feeds stray animals, treats sick or injured animals, and collects the garbage he finds.

Speaking to Anadolu Agency (AA), Nizam said that cycling is a part of his daily life and generally facilitates his life. “I've used my bike since I was 9 years old. I go to my farms, the market and do other stuff with my bicycle. When I was young, I rode 70-80 kilometers a day. Now, I am trying to do 15-18 kilometers every day. It means both transportation and a workout for me,” he said. Noting that he owes his good health to cycling, Nizam said that his bicycle allows him to reach everywhere quickly and makes him feel more vigorous.

“Unfortunately, I don't see many young people cycling. They are more interested in TV, mobile phones and other stuff. I recommend cycling especially for young people,” Nizam said.

The active man noted that he truly cares about the environment and stray animals as well. “For example, while I'm traveling on my bike, I can't simply pass by when I see garbage around, it's my natural habit to stop. And sometimes I also encounter stray animals. Even if I afford to buy meat for them, I buy bread and feed the animals anyway. There are also injured stray animals. When I see them, I bring them home and take care of them. Currently, there are three dogs in my house that I'm taking care of right now,” he said.

Preschool teacher Manolya Diken rides a bicycle 40 kilometers every day in the central province of Eskişehir for her daily commute to school, feeding stray animals along the way.

Diken, 40, who has been a teacher for 22 years, started cycling as a child with the encouragement of her family. She learned to ride a bicycle at the age of 7 and started to participate in city tours. Initially, she used the bike that was once her brother's but later got her own by collecting newspaper coupons in high school. Now, she prefers a bicycle for her 40-kilometer daily commute.

She also doesn’t neglect stray animals who need food or treatment on her route.

Diken told Anadolu Agency (AA) that she organizes festivals at school and small city tours to encourage her students to take up cycling.

“We organize a bicycle festival at our school every year in June. During the festival, children come to school on their bicycles, and we ride on a predetermined route. The Eskişehir Bicycle Association supports us in this regard, helping students who do not have bicycles to buy one. We also help children who have bicycles but do not have safety equipment. Safe driving is very important to us. We teach children the importance of wearing a helmet at an early age. We participate in bike tours at the festivals by taking the necessary safety measures,” she said.