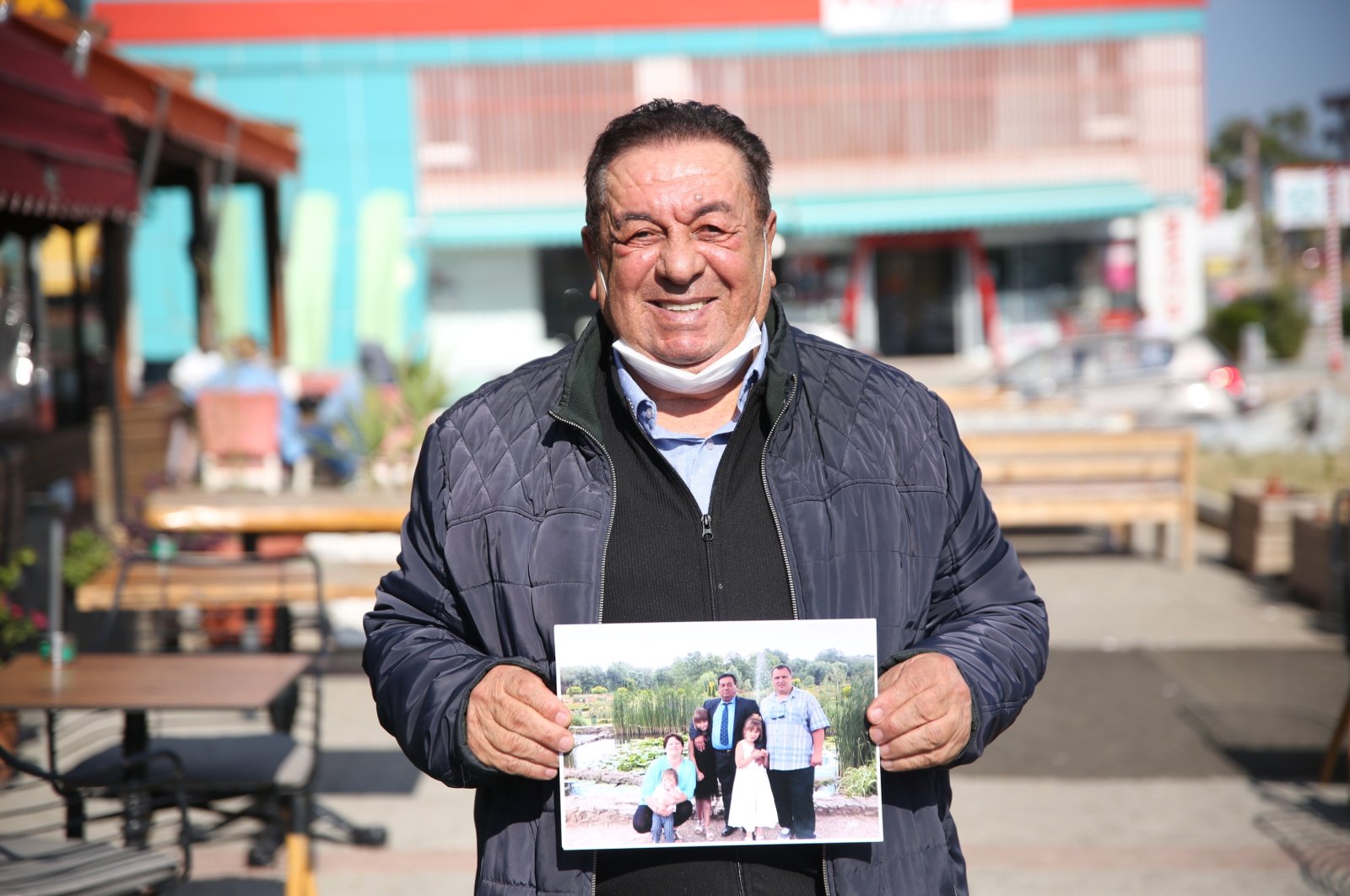 For more than 18 years, Ahmet Buyukozdemir took Vladislav Nelbuyin under his wing after discovering the 12-year-old Russian boy had lost his father and was living in a coffeehouse in the Turkish Republic of Northern Cyprus (TRNC).

The two met when Buyukozdemir was working in the TRNC in 1974, after the Cyprus Peace Operation. He found Nelbuyin living in a coffeehouse after his father had died.

Buyukozdemir said from that day on he not only opened the doors of his home to the young boy but also his heart.

"I grew up as an orphan after my mother died when I was young. I had to live with my grandfather, so I could relate to growing up without the affection of parents."

He said he spent many sleepless nights tending to the boy when he was sick but said they spent some wonderful years together.

Nelbuyin now calls himself Huseyin, after Buyukozdemir's father, and he was so moved by Buyukozdemir that he converted to Islam.

Buyukozdemir taught the boy Turkish and considered him his child because he did not have children of his own and never married.

Buyukozdemir said he wanted to adopt Nelbuyin, but the law did not allow it.

"His mother found us several months later, but after seeing Huseyin was happy with me, she allowed us to stay together. She used to come and visit us," Buyukozdemir said.

He said the love and respect between the two never failed and that Nelbuyin calls him via video chat every day.

"He became my son and me, his father. Now I even have grandchildren. They do not know Turkish, but every year when they come to Turkey they run to me and hug me, calling me grandfather Ahmet," he said.

He said Nelbuyin married a Moldovan woman 10 years ago and moved to Russia.

Buyukozdemir settled in Antalya after Nelbuyin's wedding in Chisinau, Moldova. He said he helped his son pay for the wedding and helped him buy a car. He also gifted his house in Antalya to Nelbuyin.

Every year for a month Nelbuyin, his wife and three children visit Buyukozdemir in Antalya, while Buyukozdemir also travels to see them.

"I will be in constant contact with them until I die. I love Huseyin very much, but when I see his children, I get a whole other feeling for them," he said.

Nelbuyin, now 40, said he experienced nothing but goodness from Buyukozdemir and had the best years of his life with his Turkish father.

"We have a bond of love, beyond the father and child relationships that I see around me now. We will never leave him alone. Every year my wife, children and I will visit him in Antalya," he said.