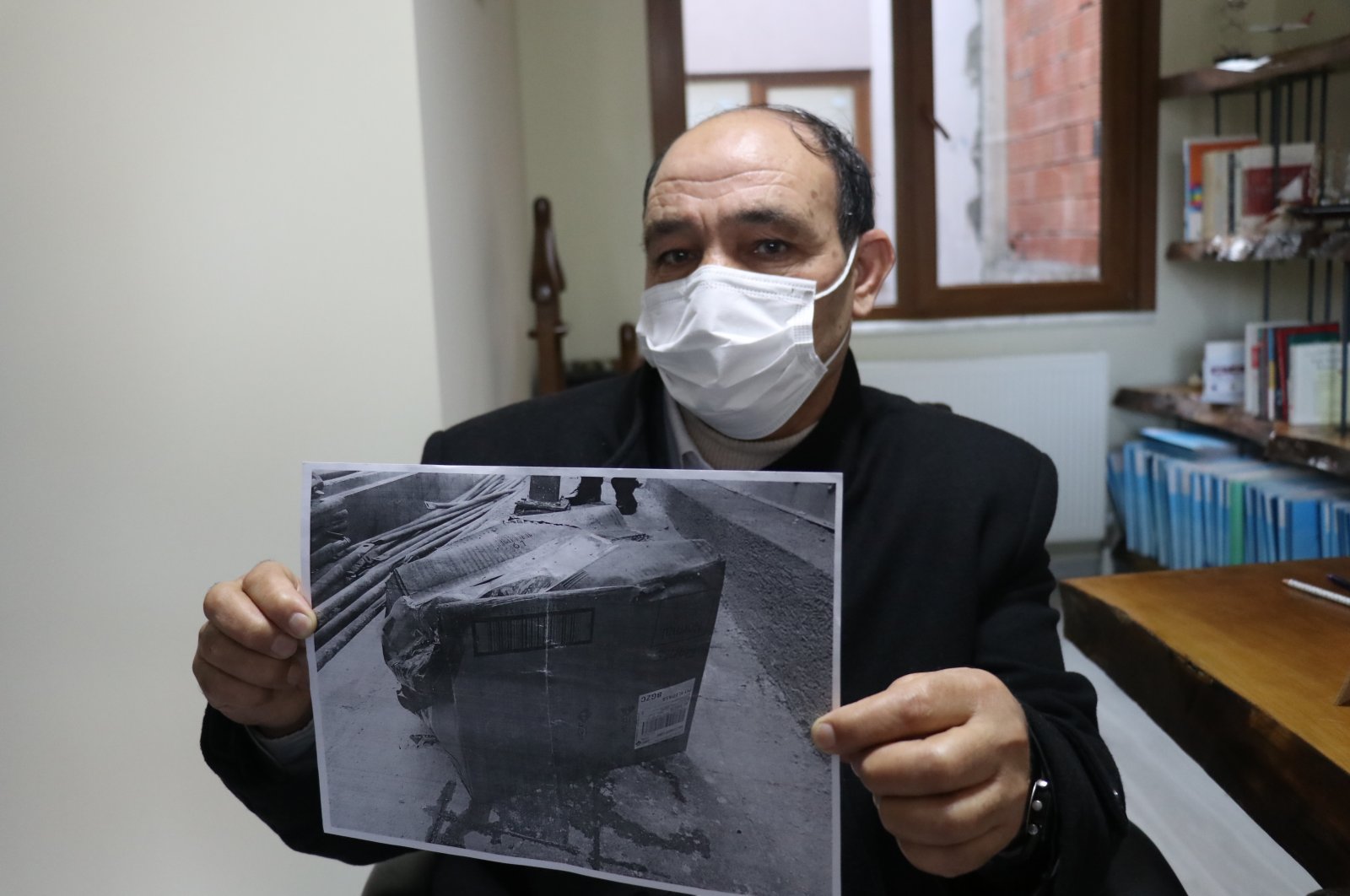 “Where is my spleen?” 55-year-old Ahmet Kıral angrily uttered as he spoke to reporters Monday about what he claimed was mishandling by a hospital which ended in his organ disappearing.

Kıral was hospitalized in the northwestern province of Yalova recently for spleen surgery. The organ was supposed to be delivered by the private hospital where he underwent the operation to another hospital in Istanbul for further diagnosis of his health condition. When he asked about the fate of his spleen, Kıral found out that it was sent in a carton box via a cargo delivery company, a practice unseen in the transportation of organs. “They told me that when the box was torn, my spleen was dumped,” he claimed.

He has now filed a lawsuit against the doctor and the hospital where he was admitted about four months ago with a complaint of a severe stomachache.

“I was diagnosed with an enlarged spleen. They performed surgery and discharged me two days later. They have told me that the spleen would be sent to Istanbul for pathology and would be returned in 15 days,” he said.

Kıral showed journalists photos of the cargo package which appeared the same as the packages used for wrapping ordinary goods sold online. “They treated it like a standard item,” Kıral’s son Ünal Kıral said.

The man’s lawyer, Yakup Taşcı, said his client suffered “materially and mentally.” “They did not even properly diagnose him. He still visits other hospitals to find out the exact cause of his condition and whether the loss of spleen will be detrimental to his health,” Taşcı said.