Turkish man who beat cancer 4 times recovers from coronavirus too 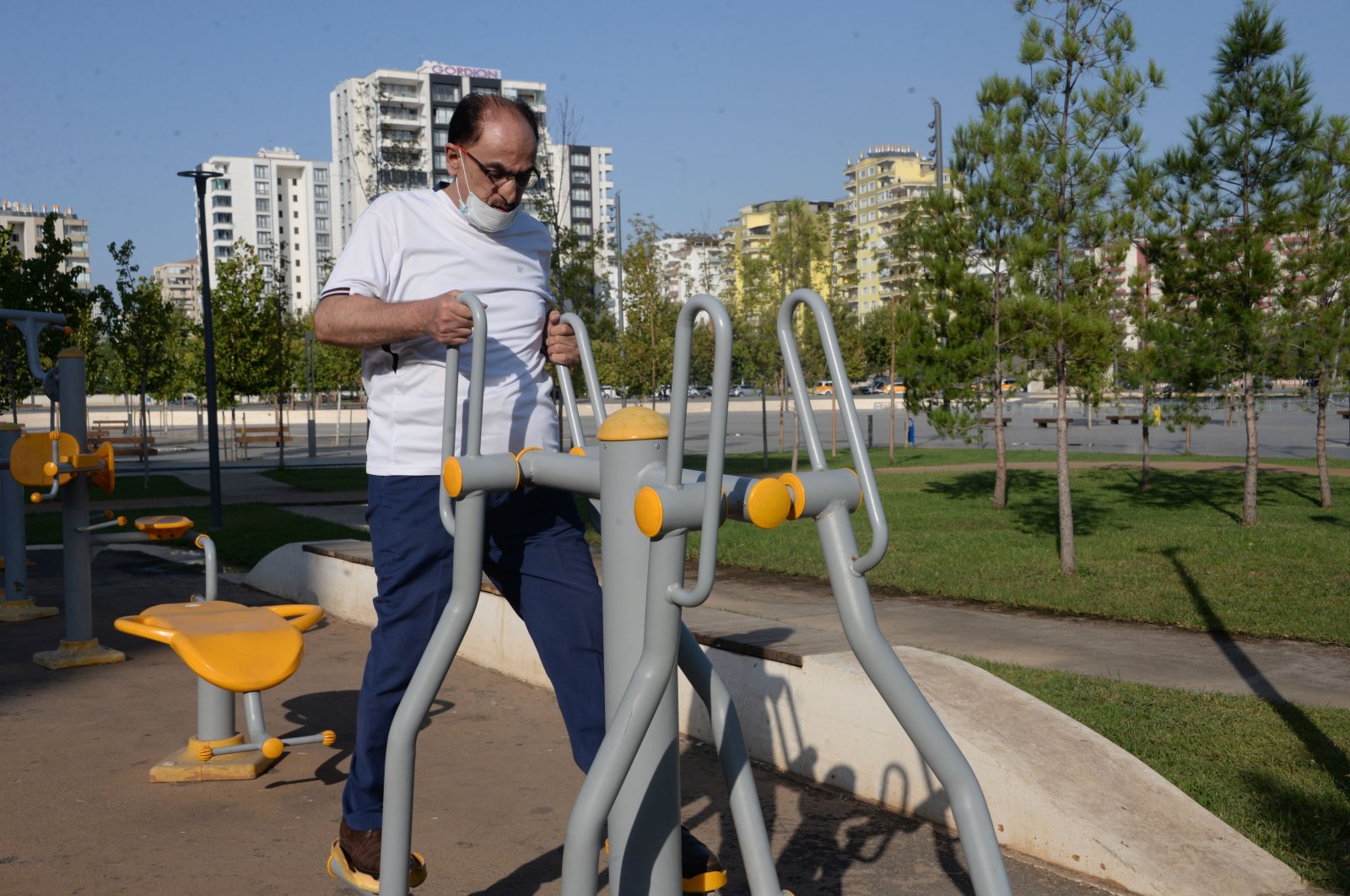 At age 66, he seems like a healthy man, regularly taking morning walks and exercising in the park. But Şükrü Abay is a four-time cancer survivor and most recently recovered from the coronavirus. Abay, a father of three living in the southeastern province of Diyarbakır, thought he saw the worst but says his past ordeals are “not even a quarter” of the suffering brought on by COVID-19. “If people could feel the pain I had from the virus, they would never even step out of their home,” he says, urging the public to take the utmost preventative measures against the outbreak. “It is unbearable,” he says.

Abay, who now leads a cancer charity, was first diagnosed with colon cancer in 1993. After a lengthy treatment process, he recovered, but the illness forced him to change his lifestyle. He changed his dietary habits and devoted himself to healthy eating and regular exercise. In 2005, he was diagnosed with skin cancer. A “veteran” of the disease, he managed to recover again but was diagnosed with rectal cancer in 2010 and skin cancer again in 2016. “I promised myself not to die of cancer,” he told Demirören News Agency (DHA) on Wednesday. Yet, another disease was in store for him. He found out he had the coronavirus after symptoms emerged and he got tested.

“This is an altogether different pain. I went through four severe cases of cancer, and it took years to recover, but they are nothing compared with the pain the virus gave me. You don’t know if you are dead or alive. You lose your senses and struggle to endure the pain in your bed,” Abay said. He describes his first six days with the virus as a “fight, not a simple struggle.” “I was like in another world. It was somewhere between life and death. I had illusions, nightmares. The pain was so unbearable in my veins, my bones,” he recounts.

He warns others against the virus and calls the public not to leave home without a mask and to adhere to social distancing. “This is a very dangerous, invisible enemy. I was very careful but even I was infected,” he said.

A true survivor, he links his resilience to changing his lifestyle 27 years ago after his first diagnosis. “I was a man devouring snacks often. I was stressed, combative, unloving before my first cancer. The disease changed my life and made me a better man. It also changed my diet. I now eat my ‘chemotherapy salad,’” he says, referring to a salad of parsley, cauliflower, broccoli, tomato and cucumber. “This is what makes me stand strong against cancer and the virus,” he added.

Abay is among more than 269,000 people who recovered from the virus since March. Among them are doctors, who serve on the frontlines against the pandemic. Doctors who contracted COVID-19 while treating patients in eastern Turkey recalled their ordeal to Anadolu Agency (AA).

Dr. Oktay Polat at the Ağrı Training and Research Hospital said he was treated for 13 days after contracting the virus. Stating he had unbearable pain during the first few days, he said: "I did not have enough strength in my body to even lift a pen. My breathing became difficult in the following days. I could not sleep even for a minute during the first eight days. They gave me sleeping pills, but none of them had any effect," Polat added.

When he looked outside the hospital window, he said he saw people smoking and walking around without a mask. "I wished they could see what I was going through and what difficulties I was having." He went on to say the general impression that younger people have it easy is wrong. "I suffered. It caused shortness of breath, and I had to be taken into intensive care."

Pulmonologists Dr. Mine Oğuz at the Kars Harakani State Hospital said the first positive case in the province was diagnosed in a patient she treated. Oğuz said she contracted the virus from her patient before they were discharged. "My friends were having 24-hour shifts, and they were very tired, so I immediately volunteered to be in the rotation after my isolation process ended," she said. "At first, we thought that patients who are aged 35-50 would not need intensive care, but we were wrong." The doctor said they also experienced emotional scenes in the intensive care units. ''We had a patient with a 2-month-old baby. She had to breastfeed her child, but the mother and everyone in the house had the virus. It was very risky to send her home. The mother could not even kiss her baby; that hurt us. We lost patients. We were very sorry for them because no doctor wants to lose their patient. Sometimes we don't sleep the entire night. It drains us emotionally."

The Turkish Health Ministry on Tuesday reported 1,692 new COVID-19 cases and 65 deaths within the past 24 hours. According to daily data released by the ministry, the new infections were identified in more than 114,300 COVID-19 tests, bringing the total number of cases in the country to 306,302. The death toll from the coronavirus increased to 7,639 with 65 new fatalities. Meanwhile, the total number of people who have recovered from COVID-19 increased to 269,696, with 1,261 patients declared free of the coronavirus in the past day. "Let's support our health care professionals who spend day and night working for us by acting in accordance with the precautions," Health Minister Fahrettin Koca said on Twitter.