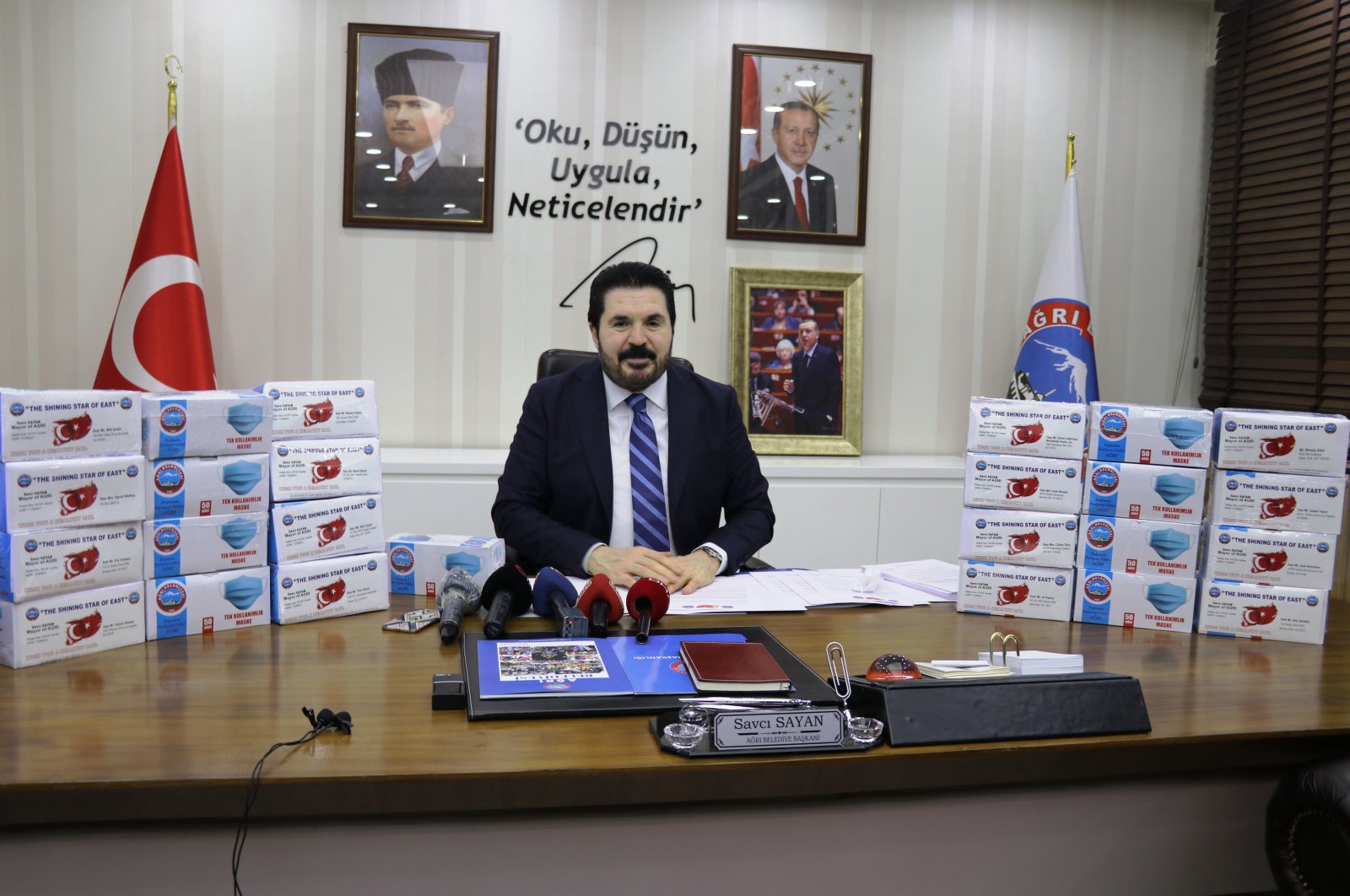 Savcı Sayan, the mayor of Turkey's eastern Ağrı, announced Tuesday that he will send boxes of masks to U.S. President Donald Trump and 371 celebrities living in New York, including Hollywood stars, to support them in their struggle against coronavirus outbreak.

Speaking to reporters, Sayan reminded everyone about Turkey's medical assistance to numerous countries during the outbreak, saying that Ankara has undertaken an important mission.

Noting that the celebrities living in New York City have difficulty obtaining masks, Sayan said the municipality will send boxes of masks which also contain letters in English and Turkish.

The mayor shared the letter with the press, which is penned to express Turkey's assistance activities worldwide.

Turkey has received requests from 100 countries and has delivered aid to at least 57 countries so far to help them fight the coronavirus outbreak, including those badly hit by the virus, such as the U.K., Italy and Spain.

The U.S. remains the country with the most infections, at nearly 1 million. It also has the highest number of deaths with over 56,000.