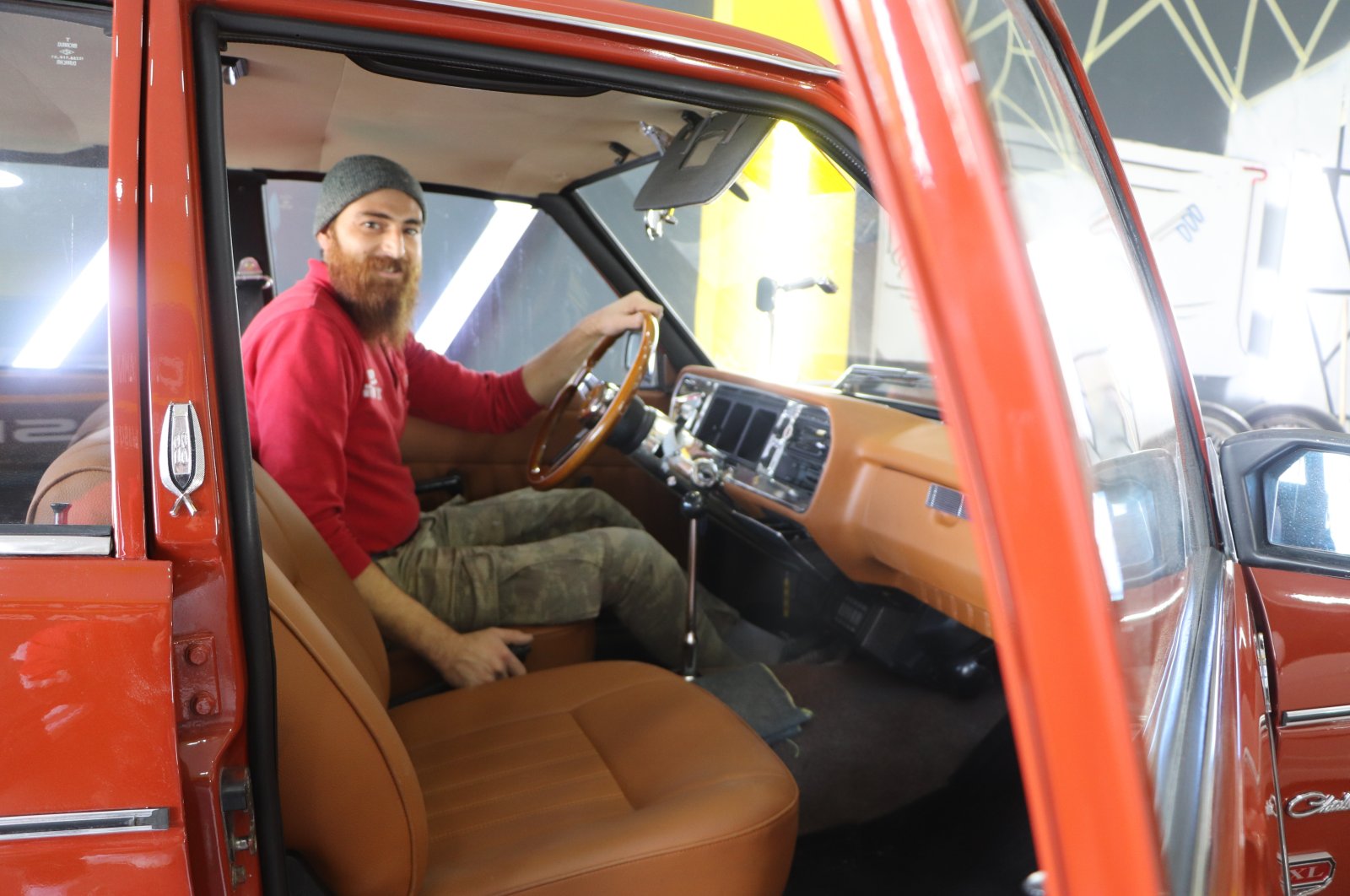 A man who has been a panel beater and body shop spray painter in Samsun for 15 years has been rebuilding classic cars from scrap. His rebuilds are so good that there is a huge demand from all over Turkey for his cars, giving the vehicles a new lease on life with his unique designs.

Old classic vehicles are experiencing their second spring in the hands of Semih Çakmak, who is a mechanic in Samsun Organized Industrial Zone (OSB) in Turkey's Black Sea region. The vehicles made by Çakmak, which he redesigns old model vehicles with a unique design, are appreciated by everyone. After seeing his father's classic car in the past, Çakmak, who is eager to redesign inactive vehicles, receives high demand from outside the city.

Providing information about the vehicles he has restored, Çakmak said: "My passion for classic vehicles has existed for years. My father had a classic car years ago. I said to myself, 'why not bring classic vehicles to light, instead of European style vehicles.' When I first started doing the body-painting process here 15 years ago, there were no modern vehicles. There were only Anadols and Tofaş. The more I saw such vehicles, the more interested I became in them. When you look at it today, when I make old vehicles work in traffic, I realized the satisfaction of this business. I suffer while working on the cars, but after it's finished, you can't describe the joy."

"I want to unearth classic vehicles"

Çakmak stated that people outside the city have shown more interest in seeing his cars. "The classic car is a type of car that most people do not turn to today and also mechanics do not want to work on. Since I am enthusiastic about this business, I want to bring these classic vehicles back as much as I can," he said.

He has even worked on the much-loved Tofaş Murat 131, the Turkish-built version of the Fiat 131 Mirafiori.

Çakmak is thankful he is rebuilding classic cars and, though when he first started social media did not exist, he has recently started displaying his work on various social media platforms. "I started posting photos of the cars on many places on social media. People like it. There is extreme demand from outside of the city. I reflect my happiness to people, and people leave their cars to us. I share all this happiness together after their vehicles are finished."