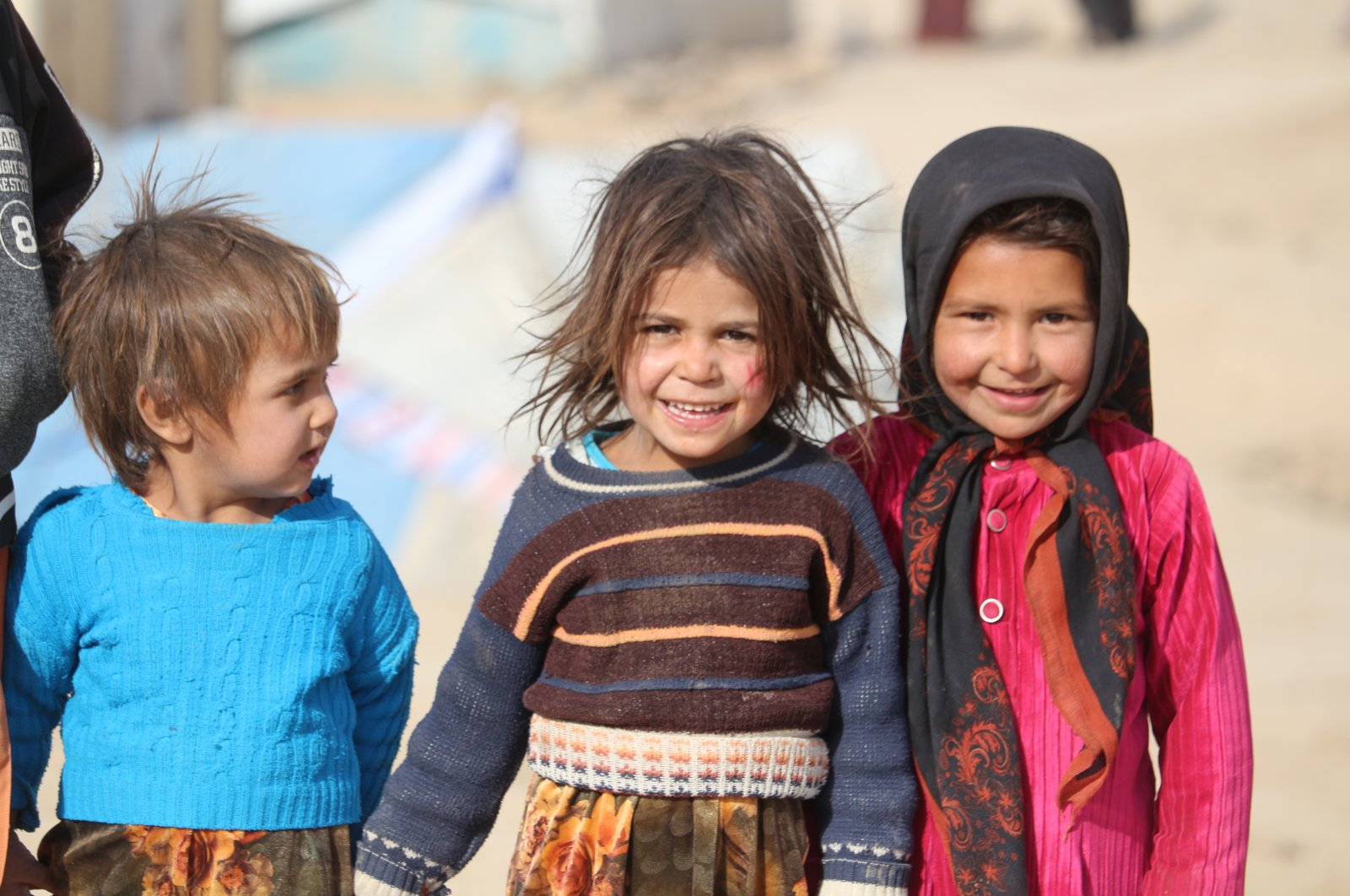 Children can be seen at a ruined camp outside the town of Qala-e-Naw in the Badghis Province, northwestern Afghanistan, Nov. 6, 2021. (AA Photo)
by Anadolu Agency Nov 10, 2021 12:33 pm
RECOMMENDED

Afghanistan has been going through a rough patch as the nation's takeover by the Taliban and the subsequent chaos coincided with increasing struggles for the Afghan people, creating a perfect storm of humanitarian crisis. A Turkish charity group delivered 100 tons of wheat seeds and aid materials to the country's Taliban-run agriculture ministry in the capital Kabul with the hope of delivering aid and relief to the Afghan people.

Semih Lütfü Turgut, Turkey's consul general in the Afghan city of Mazar-i Sharif, speaking at the ceremony held at the ministry premises on the delivery of the seeds brought from Turkey, said his country has reached out to people in need all over the world with its state and nongovernmental organizations (NGOs).

He thanked the Humanitarian Relief Foundation (IHH) and Taliban administration officials who contributed to the aid reaching Kabul.

"Turkey has always helped those in need, both with its state and its people. It has reached all parts of the world within its means," he said.

He emphasized that the aid provided by Turkish organizations has improved relations between nations and contributed to "breaking prejudices."

Huseyin Oruc, the deputy chairperson of IHH, also speaking at the ceremony, said the aid was a sign that they did not leave the Afghan people alone.

"As IHH, we have been working in crisis areas around the world for 30 years. The most important thing I've learned in these 30 years is that we bring brotherhood rather than charity. Rather than helping, we came to say that we are with you, we are brothers. IHH is a foundation established to show that we are parts of a body," he stressed.

He underlined that in the "new period" in Afghanistan, the charity group helped the first aid trucks from Turkey reach the country.

"We showed that it is possible to come to Afghanistan. As long as this is possible, I call out to all of Turkey, the Islamic geography, and the whole West, 'You can come too. You have to come. Today is the day we have to come,'" he added.

"We didn't leave (the people of Afghanistan) alone and I hope we will not leave them alone," he said.

Abdurrahman Rashid, the deputy minister of agriculture of the Taliban administration, at the ceremony called on Muslim countries to help the Afghan people, saying corruption and security problems came to an end with the Taliban taking control of the country and added that the people of Afghanistan need international assistance.

"Western countries should release the money they have blocked in international bank accounts belonging to Afghanistan. This money belongs to the Afghan people in distress today," he said.

He also noted that the incoming aid will be delivered to the needy in a "transparent manner."