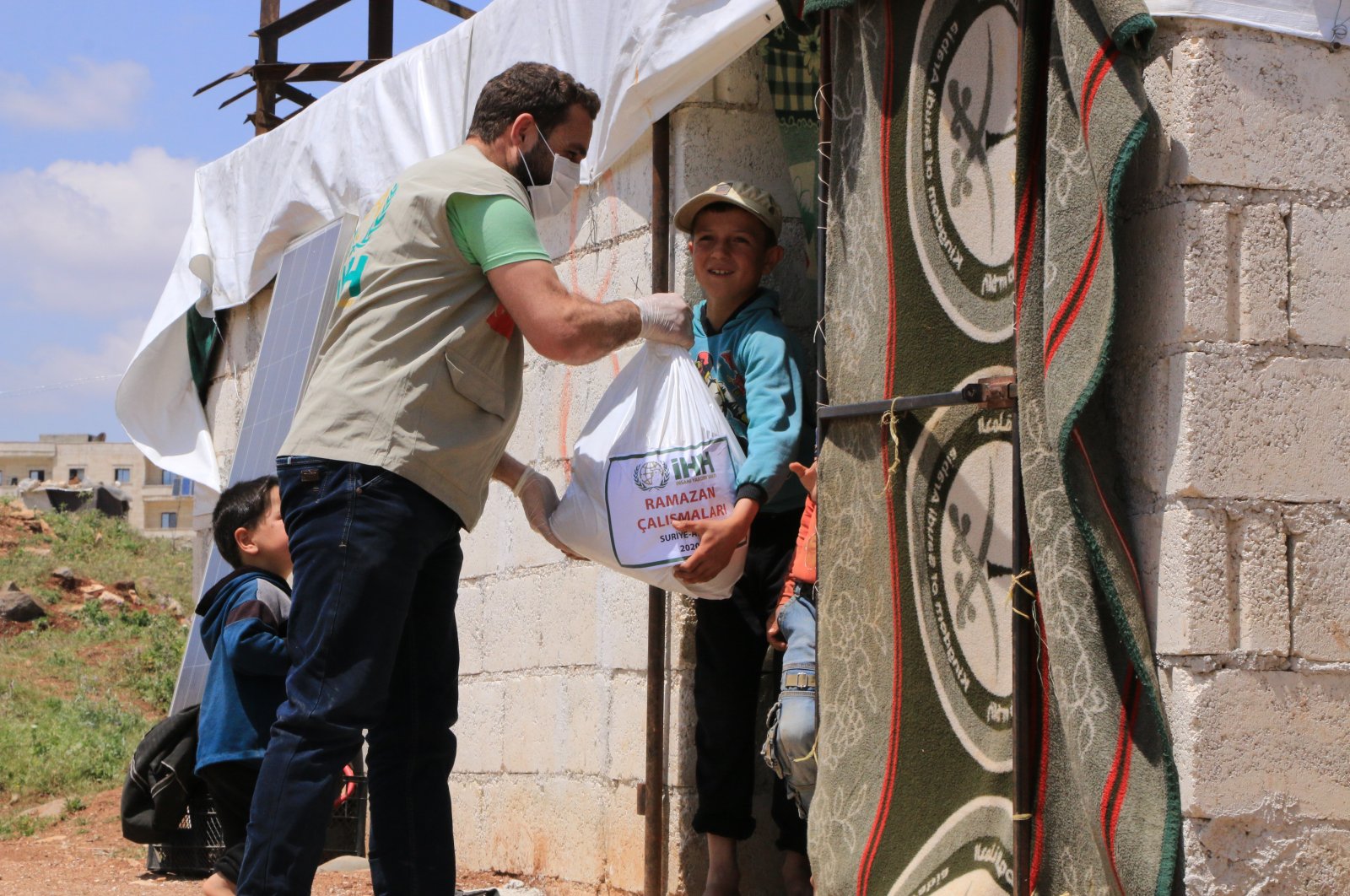 Turkey’s Humanitarian Relief Foundation (IHH) has distributed food packages to some 3,500 families in northwestern Syria’s Afrin, which was liberated from the PKK terrorist organization two years ago.

Speaking to Anadolu Agency (AA), Selim Tosun, media officer of IHH in the southern province of Hatay, said the organization continues its aid efforts during Ramadan, dispatching packages of staple food products to the civilians living in Afrin town center and its outskirts.

“We started our Ramadan aid program in Afrin early due to the coronavirus outbreak. In 45 days, we have reached out to 20,000 civilians by distributing aid to 3,500 families,” he said.

He noted that many people fled Idlib for Afrin at the beginning of this year due to heavy bombardments by the Bashar Assad regime and its backers, Tosun said this situation significantly increases the requirement for more aid.

With the collaboration of the Syria Support and Coordination Center of Şanlıurfa Governorate, AFAD has lent a helping hand to locals in northern Syria's Ras al-Ayn.

Aid packages have been distributed to families with no income or having a person in need of special care. They contain basic hygiene and health materials and clothing.

Turkey is involved in war-torn Syria to protect civilians and eliminate terrorists and facilitate the return of hundreds of thousands of displaced civilians to their homes. After launching three consecutive military operations in northern Syria, the country rolled up its sleeves to rebuild hospitals, schools, mosques and roads destroyed by the YPG/PKK. Within the scope of ameliorating the region's infrastructure, people were given food and clothing by several nongovernmental organizations while roads and buildings were rebuilt.