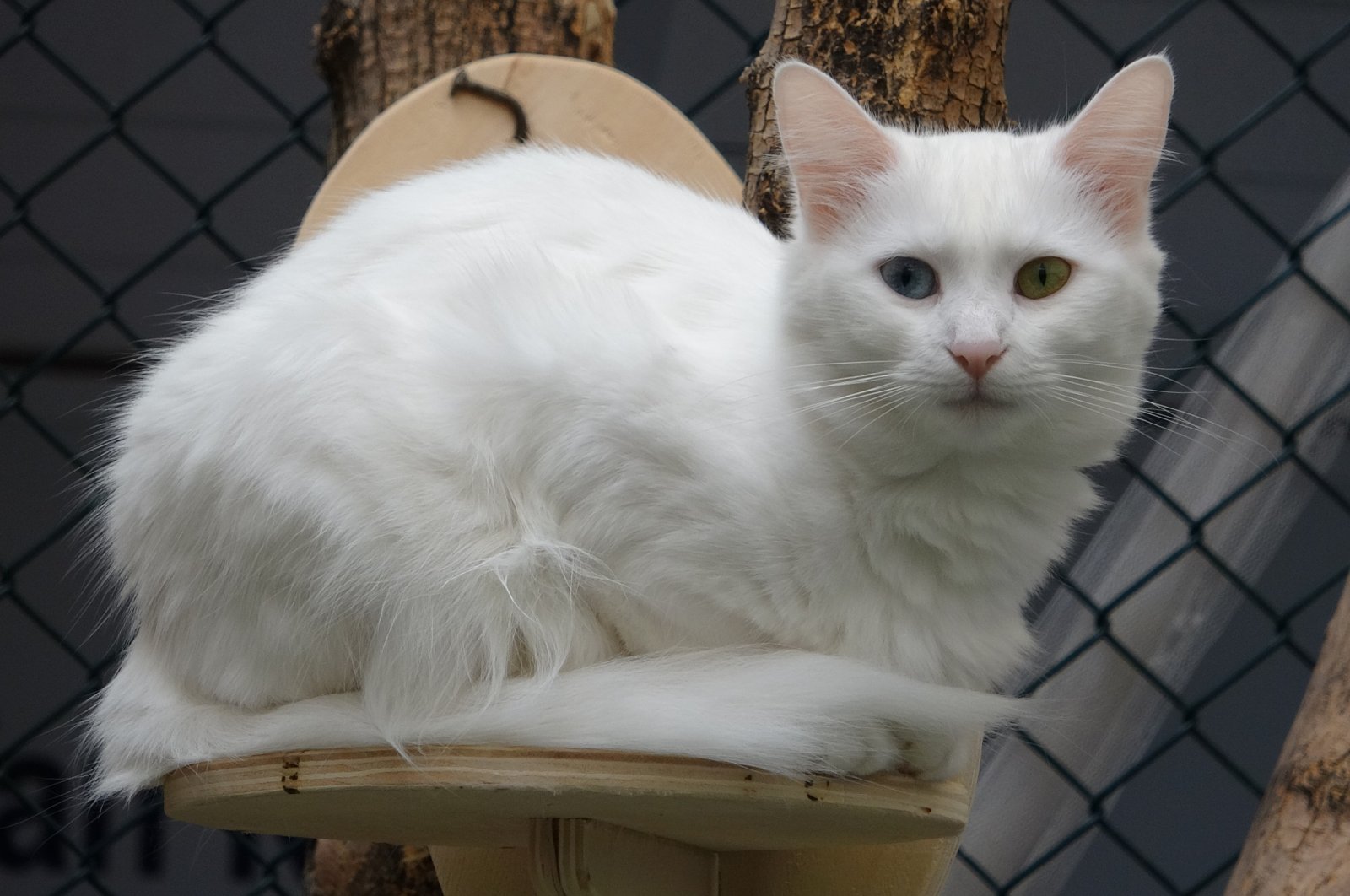 A "catfight" of sorts has broken out after a recent study by Helsinki University in Finland branded the Van cat, a breed endemic to Turkey, as one of the most aggressive and least sociable types of cat in the world to the objections of owners and researchers.

The animal, which takes its name from the eastern province of Van where it's found, is known for its distinct white fur and different colored eyes, also known as heterochromia. The cat is also known for its friendly behavior, lion-like walk and fluffy tail, and is one of the rare animals that hasn't been hybridized.

Professor Abdullah Kaya, who heads the Van Cat Research Center in province’s Yüzüncü Yıl University (YYÜ), decried the Finnish study based on comparisons between 26 different cat breeds. He said the results are based on insufficient data. Kaya, who has been researching the cat for the past two decades, said the study was limited to Finland and wondered, “how many cats were there.”

“I certainly respect the results of a comprehensive study but this study is lacking. It is incorrect to describe the Van cat as the most aggressive breed, by comparing it to other breeds without proper knowledge of the Van cat’s features,” he recently told Ihlas News Agency (IHA).

Kaya said Van cats establish “an emotional bond” with their owners and tend to be reluctant to “share him/her with others." "They cannot connect with a complete stranger at first but this does not justify branding it the most aggressive cat,” he said. “It is true they like to be independent but it has other features as well. Unlike other cats, it does not like to spend the day resting, is playful, intelligent and tame," he explained. Kaya added he was ready to prove the nonaggressive features of Van cats through a study.

Cat owners agree with Kaya. Mehmet Atar Bayır, who has been caring for Van cats at a shelter for the past 25 years, said the study contrasts with what he has observed over time. Bayır has looked after some 6,000 Van cats in his life and said the cats on the contrary are “meek.”

“They value ‘family’ ties and may maintain a distance from people at first. If they feel positive energy from strangers, their behavior changes and becomes warm,” he told IHA.

Fethi Tarcan, who has owned generations of Van cats over the past 50 years, said the cats are “more like children.” He explained, “It is tame and smart and likes connecting with people. It can sense the presence of someone they know from their smell.” But Tarcan said the "uneventful" gathering of Van cats every year in feline beauty contests was an indication of its lack of sociability among the species.