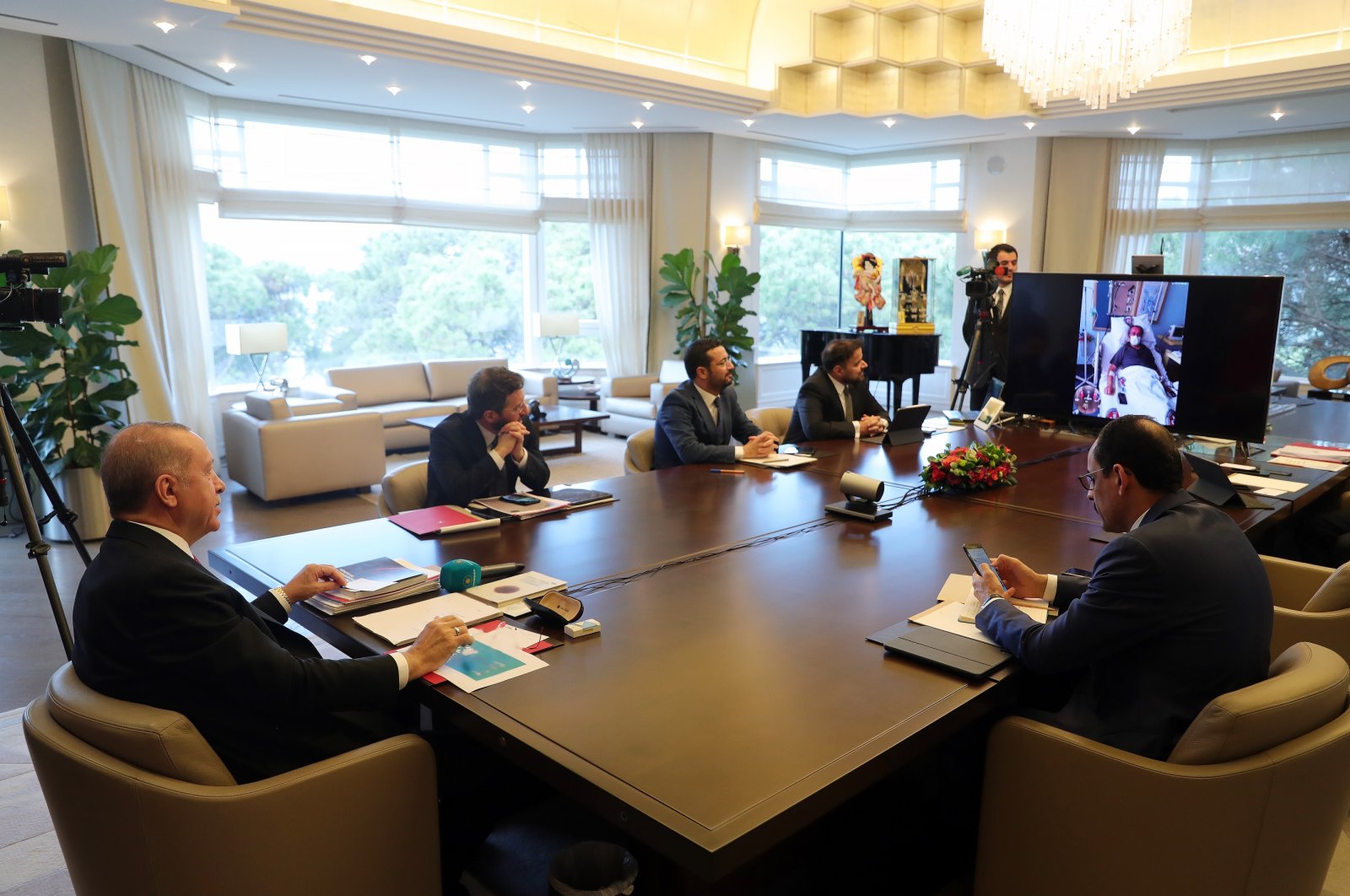 President Recep Tayyip Erdoğan speaks to one of the patients at Cerrahpaşa hospital, in Istanbul, Turkey, Friday, May 1, 2020. (COURTESY OF TURKISH PRESIDENCY)
by DAILY SABAH
May 01, 2020 5:27 pm

Turkish President Recep Tayyip Erdoğan held a video call with a group of COVID-19 patients under treatment in Istanbul.

Photos of the patients and Erdoğan meeting virtually, accompanied with his Communications Director Fahrettin Altun and presidential spokesman İbrahim Kalın, were shared on the presidency’s Twitter account. All patients were under treatment at the Cerrahpaşa Faculty of Medicine hospital in Istanbul, the city where most cases in Turkey are concentrated. Erdoğan also spoke to the hospital staff.

Erdoğan spoke to hospital officials and six patients, including a couple and their daughter. In his speech during the video call, the president noted that the number of fatalities decreased recently while there was a significant rise in the number of those discharged from hospitals. “Our only fear now is negligence (of measures). If (people) neglect them, we can face serious challenges,” Erdoğan said. The president also thanked the staff at Cerrahpaşa hospital.

Erdoğan had to scale back his meetings and appointments and rely on video conference with cabinet ministers and other officials for managing the pandemic that killed at least 3,174 since March.