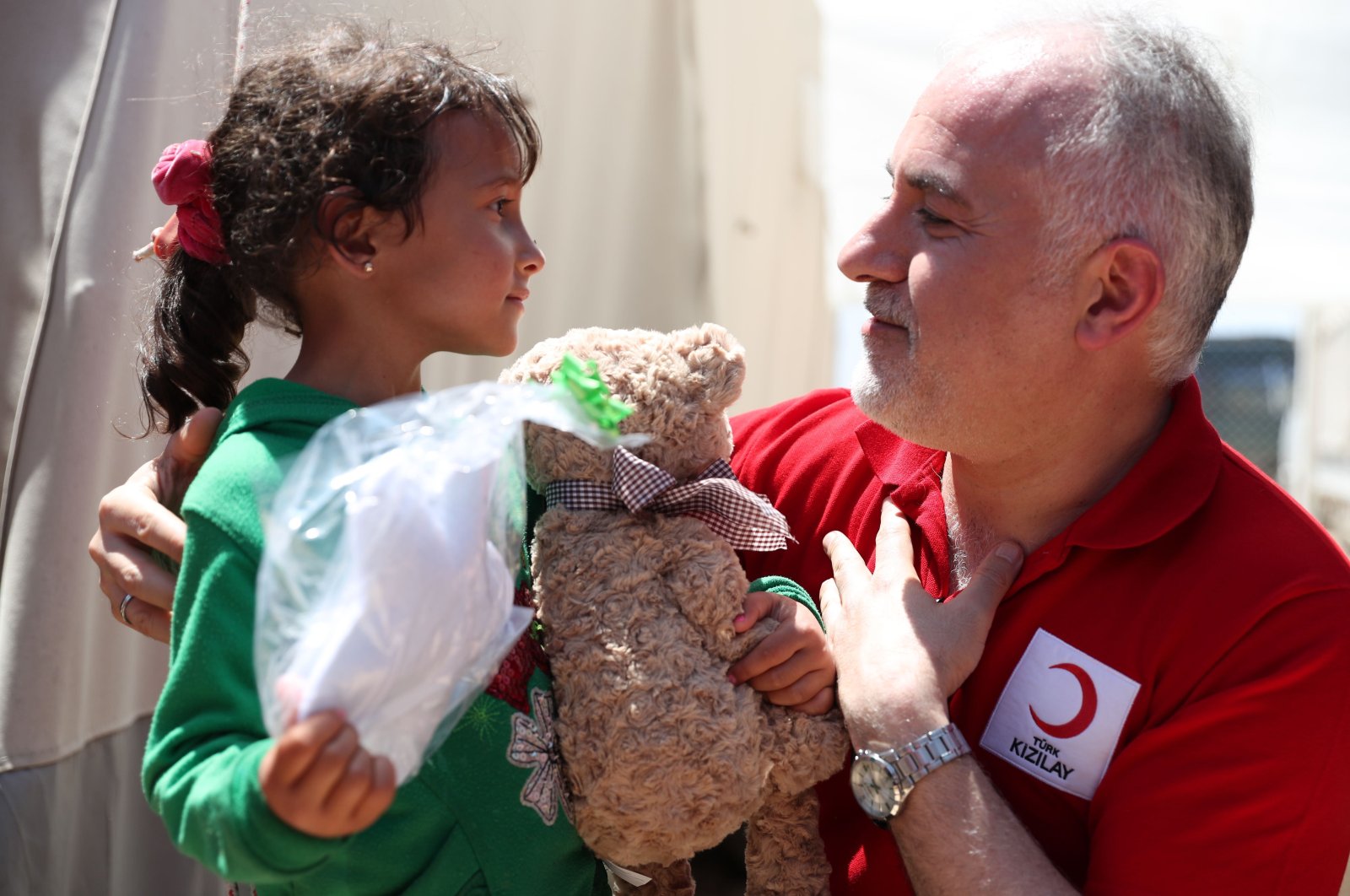 Kerem Kınık, president of Turkish Red Crescent found himself the target of an online campaign of defamation after a tweet protesting pedophilia.

"We will not let you step on human dignity. We will protect nature and the mental health of our children. We'll fight against those who violate healthy creation and those showing the abnormal as normal through their power of communications and impose their pedophiliac dreams cloaked as modernity on young minds,” Kınık tweeted on June 28. Yet, his remarks faced a barrage of defamatory posts, claiming the tweet was homophobic.

Kınık, a doctor leading Turkey’s top charity organization since 2016 and serving as a vice president of The International Federation of Red Cross and Red Crescent Societies (IFRC) since 2017, says he simply wanted to highlight the sexual abuse of children with his tweet. “As a humanitarian and medical doctor who has been a witness to the impact of sexual abuses on children, my first and foremost responsibility is to advocate for their rights of those being subjected to sexual abuse, exploitation and violence in today’s world. My purpose is to bring the attention of public opinion to these acts against children,” he said in a statement Wednesday.

“My tweet does not refer to any sexual orientation,” he pointed out, adding, “There is nothing in my tweet targeting any specific group or segment of society because of their values, belief, status or differences. That's why I specifically used the word pedophilia to point out pedophiles and that has nothing to do with sexual orientation as is being claimed. The baseless allegations stem either from some misinterpretation or perhaps a result of mala fide attempt by some circles.”

Under Kınık’s administration, Turkish Red Crescent raised its profile as a humanitarian juggernaut of Turkey and is now the largest humanitarian organization in Turkey, with an international network to help other nations in need. The charity, marking its 152nd anniversary this year, stepped up international activities in recent years, shedding its image of focusing mostly on humanitarian aid within Turkey. Today, its crews are present in countries hit by conflict, poverty and disasters across the globe, from Yemen to Syria.

“I have a humanitarian background, we, as humanitarians, are witnessing cases of child abuse in our everyday operations. All this human suffering does take a toll on us too. As humans, we cannot remain indifferent to this suffering and it affects us. The people who are creating this controversy seem unaware of the painful context including the condition of victims of child abuse. The victims of child abuse and their families want to have their voices heard, but they may not feel comfortable expressing themselves because of their trauma. The need for advocacy is urgent, and it motivates us to take a firm stance against criminal activities surrounding child abuse. I have been a strong advocate for vulnerable people who are victims of conflicts and natural disasters around the globe. I have been dedicated to humanitarian principles and values and always took a stand against any type of discrimination among communities we assist. It is also central to the Red Cross and Red Crescent Movement's mission to protect vulnerable children. This guides humanitarian interventions,” Kınık says.

After a flood of posts criticizing him, Kınık tweeted another post, clarifying that his stance was against pedophilia and that his approach was coherent with values and principles of international the Red Cross and Red Crescent movement. His second tweet was in response to another tweet by IFRC which found his remarks were “wrong and offensive.”

The president lamented the distortion of his message and said that according to the World Health Organization (WHO) statistics, 18% of girls and 8% of boys maltreated globally are victims of sexual abuse.

"We need to raise awareness on this crime to protect our children,” he said.

His comments coincided with pride marches across the world and Kınık said he wrote the tweet in response to “strong propaganda on social media where there were attempts to normalize and trivialize child abuse and sexual exploitation.”

“That is what I say is not normal. It is a crime. It is a crime according to every law. We need to stand against those who claim otherwise and abuse children. This is unacceptable,” he said.

Kınık pointed out that it was not his concern to question one’s sexual orientation, but he was concerned “if any thought, preference or lifestyle is imposed on innocent children. We, the humanitarians, serve those in need without any discrimination. In all our programs, human dignity is at the center and humanitarian principles are our guide,” he said.