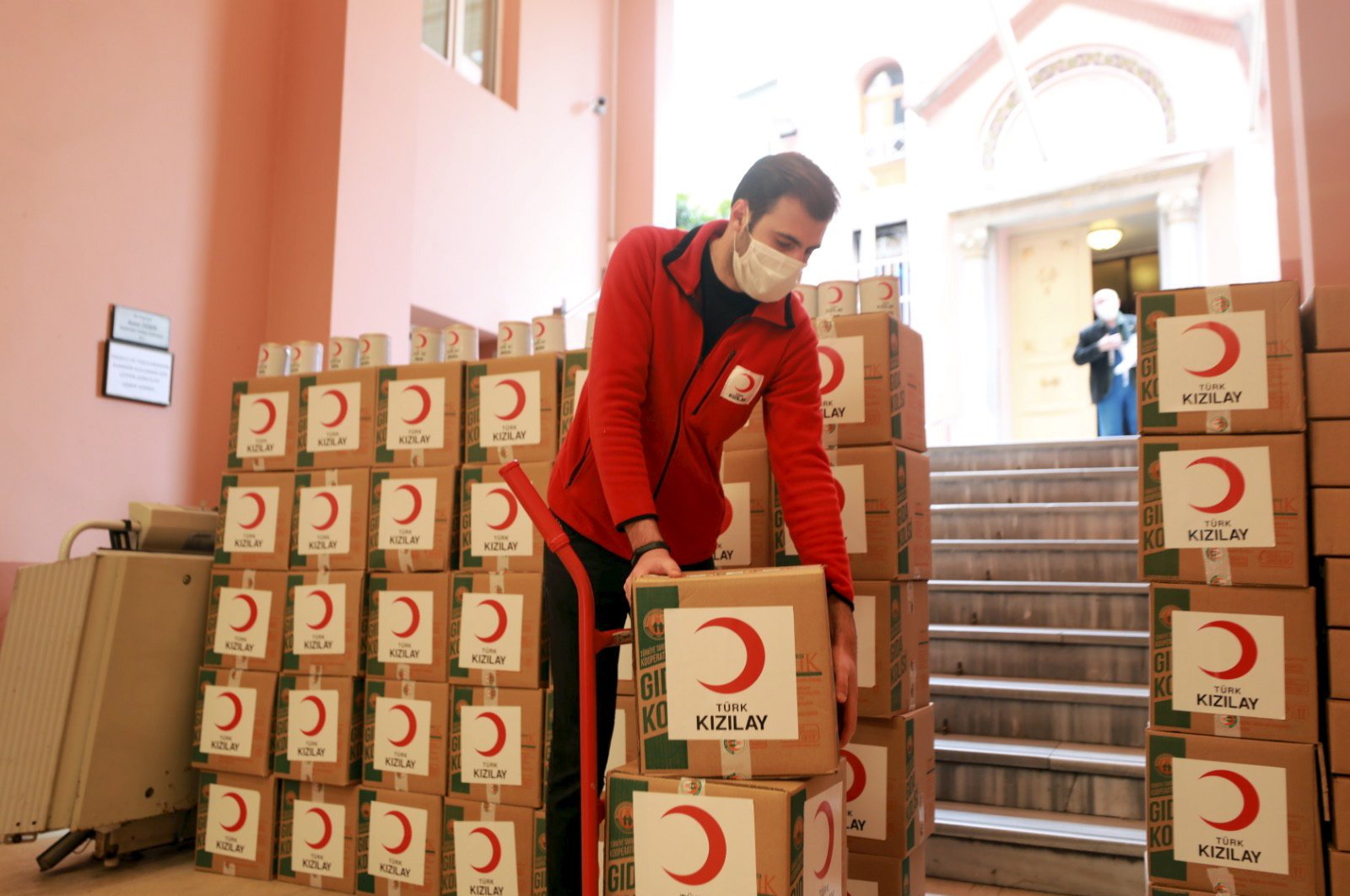 The Turkish Red Crescent, the country's leading charity association, marked its 152nd anniversary on Thursday. For years, it has been providing help for the international community without in any way discriminating based on language, religion or race, and rushing to the aid of people victimized by natural disasters, conflicts and poverty.

Established in 1868 as the Society for Aiding the Wounded and Ailing Ottoman Soldiers, the charity organization, also known as Kızılay, is today viewed as an example for its aid operations both at home and abroad.

Whether it be in the Middle East, the Balkans, Africa, the Caucasus or Asia, the Turkish organization hears the pleas of the needy and offers its best to relieve them of their suffering. The Turkish Red Crescent has responded to needs in 138 countries in the past decade, making it an international actor in regard to aid operations.

Some of the countries the charity has recently offered assistance to include Yemen, Sudan, Syria, Niger, Pakistan, Iran, Somalia, Afghanistan, Iraq, Palestine and Georgia.

Defining its mission as an endeavor to be a "proactive institution" to provide help for the needy in times of extraordinary situations and develop a conscience for social cooperation among people, the charity aims to emerge as a role model across the world.

In collaboration with Turkey's migration body, the charity plays a significant role in the migration policy of the country as it provides aid assistance, social cohesion programs and psychosocial support for people living under temporary protection in Turkey.

Most notably, the Turkish Red Crescent produces tents to be used in times of disasters, enabling the charity to rely on its own resources while lending a helping hand to needy people, especially those forcibly displaced in conflict-stricken areas, including northern Syria.

With disaster management and logistic systems established all around the country, the Turkish Red Crescent is one of the first bodies to step into action at times of natural disasters such as floods and earthquakes.

The charity has nine regional and 23 logistic centers scattered across Turkey and it also establishes tents and offers food via mobile kitchens. The charity is a national organization that relies on donations only and does not get any share of the state budget.

On top of its international activities, the Turkish Red Crescent of course responds to the needs of Turkish citizens through donations collected by benefactors and many of its local centers while the charity's nursing homes, dormitories and orphanages embrace needy people from all parts of the country.

For most Turks, Kızılay is associated with blood donations as the aid agency conducts a national blood campaign, collecting blood at donation centers and mobile vehicles that is later transferred to hospitals.

The outbreak of the coronavirus worldwide added another task to the organization as it now collects plasma from recovered patients in an effort to ensure the recovery of other COVID-19 patients.

Working closely with the Health Ministry, the Turkish Red Crescent collected 3,970 units of plasma from people who successfully recovered from the disease. These units have been used for patients receiving treatment for COVID-19. Health authorities are hailing plasma treatment as an effective way to overcome the disease for which a vaccine has not yet been developed.