Turkish Red Crescent set to step up aid in 2021 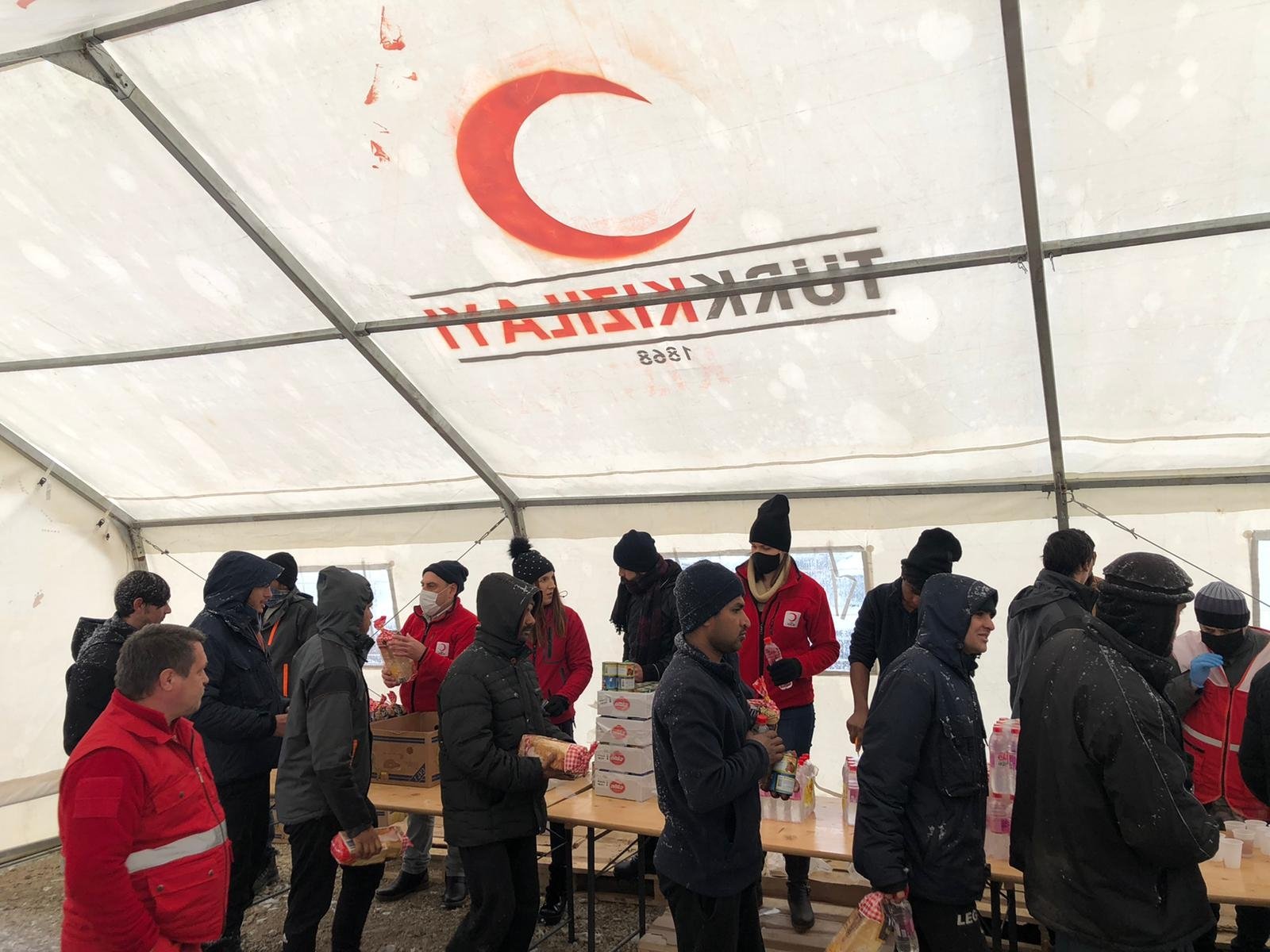 The Turkish Red Crescent (Kızılay) helped 37 million people last year and wants to further boost aid in 2021, according to the charity's president, Kerem Kınık. Speaking to Anadolu Agency (AA), Kınık said he was satisfied that the Red Crescent fulfilled its duties in 2020 with the help of its employees and volunteers but, "a similar burden awaits us in 2021," he added. In 2021, the group "will strengthen volunteer (projects), especially boosting the resilience of society, empowering the individual, preparing for disasters," he said.

Kınık pointed to the online platform for volunteers, gonulluol.org, launched as part of a Turkish Red Crescent project. "It is a solidarity platform where they (participants) will complete their development with training and will receive and contribute to many different projects of the agency," he explained. "Our goal is to reach 2 million volunteers." Kınık's remarks were made following the opening of an exhibit commemorating the Turkish Red Crescent's more than 150 years of service. "History of Our Endless Solidarity: Red Crescent" can be viewed at the Tarık Zafer Tunaya Cultural Center from Jan. 14 to Feb. 27. "This exhibit reflects our common historical background, not only national Turkish but as humanity," Kınık said earlier. "You can see on our posters the global solidarity of mankind during big disasters."

He described his agency as an "uninterrupted movement of goodness for 153 years." "It is a structure that still lives with the same values ​​it was founded on and serves humanity with these values," he said, adding that the agency tries to provide aid to everywhere it is able to reach.

With the world in the midst of a biological disaster grappling with the coronavirus, he emphasized the importance of global solidarity. The Turkish Red Crescent has also helped other aid groups around the world, he added. "2020 was a busy year, it started with disasters, continued with disasters, and ended with disasters," Kınık said, citing floods in Turkey's Black Sea province of Giresun, an earthquake in the Aegean province of Izmir and the forest fires in southern Hatay province. All of which occurred during the pandemic, he added.

Kınık noted that the Turkish Red Crescent encourages blood donations, which he describes as a "national duty." "There are approximately 10.5 million volunteer blood donors registered in the agency's database. So, one out of every eight people in Turkey is a blood donor for the Red Crescent." "We have approximately 800,000 stem cell donors," he said, adding that around 50,000 COVID-19 immune plasma donors also donated more than 100,000 units of blood plasma, which were used as transfusions for patients to help them recover. These efforts are part of a public health operation and will continue to be carried out along those lines, according to Kınık.

In 2021, the agency will step up its production of personal protective equipment (PPE) and its work in blood services, he said.

It will increase its assistance efforts abroad in 2021, increasing the number of permanent Red Crescent delegations internationally to 18 with the addition of offices in Azerbaijan and Ethiopia.

Established in 1868, the Turkish Red Crescent on its website says its mission is to provide "aid for needy and defenseless people in disasters and normal periods as a proactive organization, developing cooperation in society, providing safe blood and reducing vulnerability." Noting that the agency sent more than 5,000 trucks of humanitarian aid in 2020 alone, Kınık said: "Our assistance will continue along these lines as much as we can to achieve global good."