Turkish Red Crescent to provide aid to 10 million in Ramadan 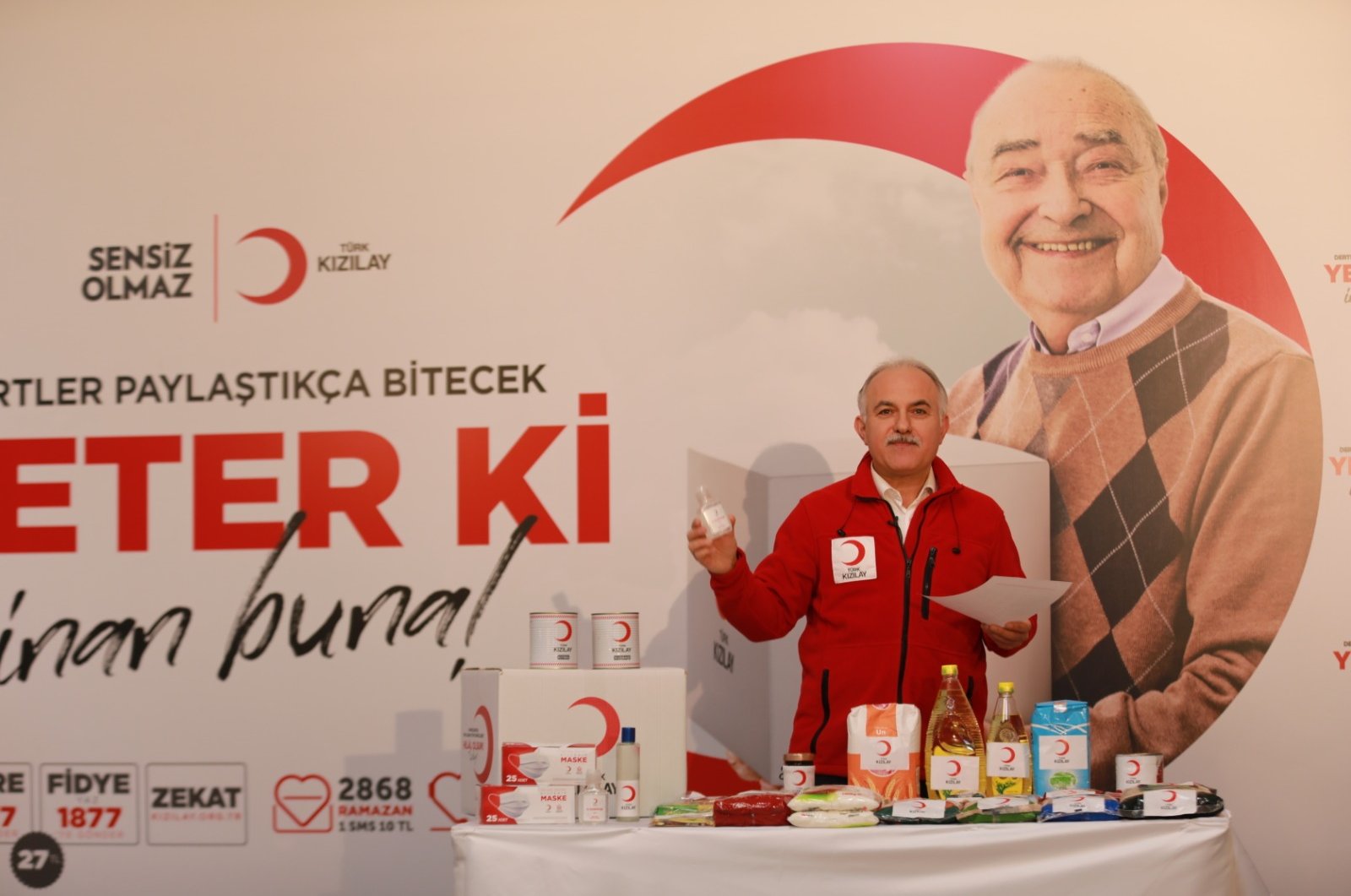 The Turkish Red Crescent aims to reach 10 million people both in Turkey and across the globe during the Muslim holy month of Ramadan as the coronavirus continues to tighten its grip worldwide.

Speaking about the aid to be distributed during Ramadan, the head of the Turkish Red Crescent, Kerem Kınık, told reporters via teleconference that the majority of the aid would be distributed domestically due to the pandemic.

"This year, we allocated a large part of our operations for the needy in Turkey," Kınık said.

However, the aid body will also reach lots of areas suffering from poverty, war and natural disasters around the world, he added.

The Turkish Red Crescent will deliver food packages to half a million people in 16 countries across the world, including Bosnia-Herzegovina, Bulgaria, the Turkish Republic of Northern Cyprus, Palestine, Syria, Iraq, South Sudan, Somalia, Afghanistan, Pakistan, Bangladesh, Rakhine and Senegal in Ramadan, Kınık said.

This year, the fasting month of Ramadan is to start on April 24 and will end on May 23.

"This year, we will also send a voucher code to those in need via text messages for grocery shopping during Ramadan."

Besides food packages, face masks and sanitizers produced by the organization, the Turkish Red Crescent will also organize 3 million iftar, fast-breaking, meals for those who stay at home for different causes in Turkey, the chief underlined.

Also, the agency will deliver iftar meals to 4,000 health care staff who will be working in hospitals to fight the pandemic during Ramadan.

Additionally, it will deliver personal care packs and sanitizers to 550,000 families, and hand out TL 400 to 215,000 families in Turkey during Ramadan.