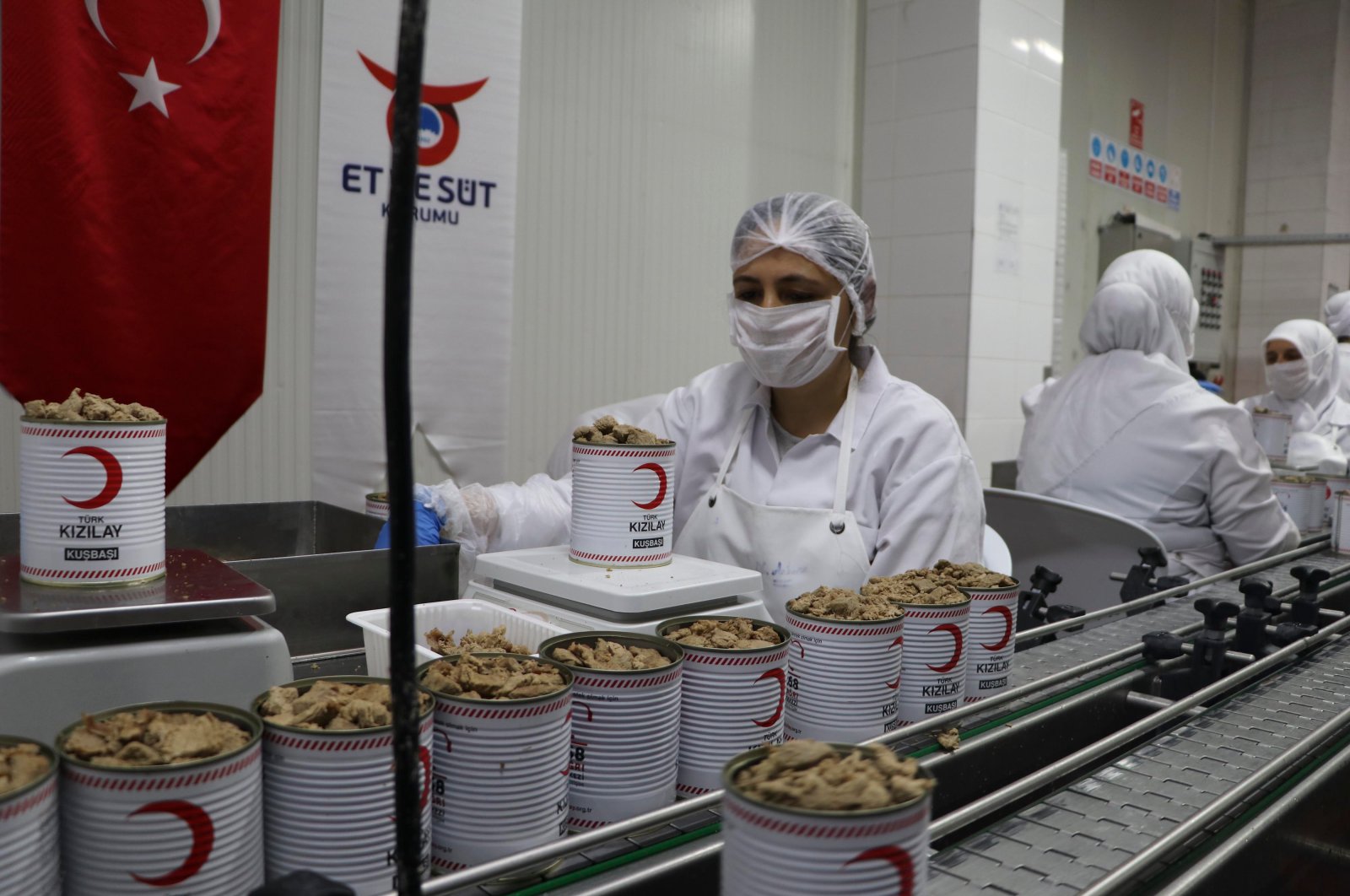 As Qurban Bayram, also known as Eid al-Adha, approaches, the Turkish Red Crescent has introduced its aid scheme for millions in Turkey and abroad. The Muslim holiday, which will be marked at the end of July, is an occasion for helping the poor, particularly through the distribution of meat from sacrificial animals.

Along with distributing freshly slaughtered meat, Turkey's leading charity supplies canned meat from sacrificial animals to needy families throughout the year. Turkish Red Crescent President Kerem Kınık gave a tour to journalists on Friday of a facility of the state-run Meat and Milk Board company, where meat donated to the charity is preserved in cans. “We have a different model for aid distribution. Meats and minced meat are canned here and are delivered to people in need in 81 provinces in Turkey. Canned meat remains fresh for one and a half years," enabling the “prosperity of bayram to last throughout the year," he said.

The charity will oversee the slaughter of animals across Turkey as well as in 16 countries, including Syria and Yemen, which have been battered by conflict, hunger and drought. Kınık said that the COVID-19 pandemic restricted their operations and they may have to take extra measures to prevent supply chain challenges.

The Turkish Red Crescent is the largest humanitarian organization in Turkey, with an international network through which it provides relief to other nations in need.

It is today viewed as a role model due to its aid operations both at home and abroad. Whether it be in the Middle East, the Balkans, Africa, the Caucasus or Asia, the Turkish organization hears the pleas of the needy and offers its best to relieve them of their suffering. The Turkish Red Crescent has responded to the needs of 138 countries in the past decade. Some of the countries the charity has recently offered assistance to include Yemen, Sudan, Syria, Niger, Pakistan, Iran, Somalia, Afghanistan, Iraq, Palestine and Georgia.