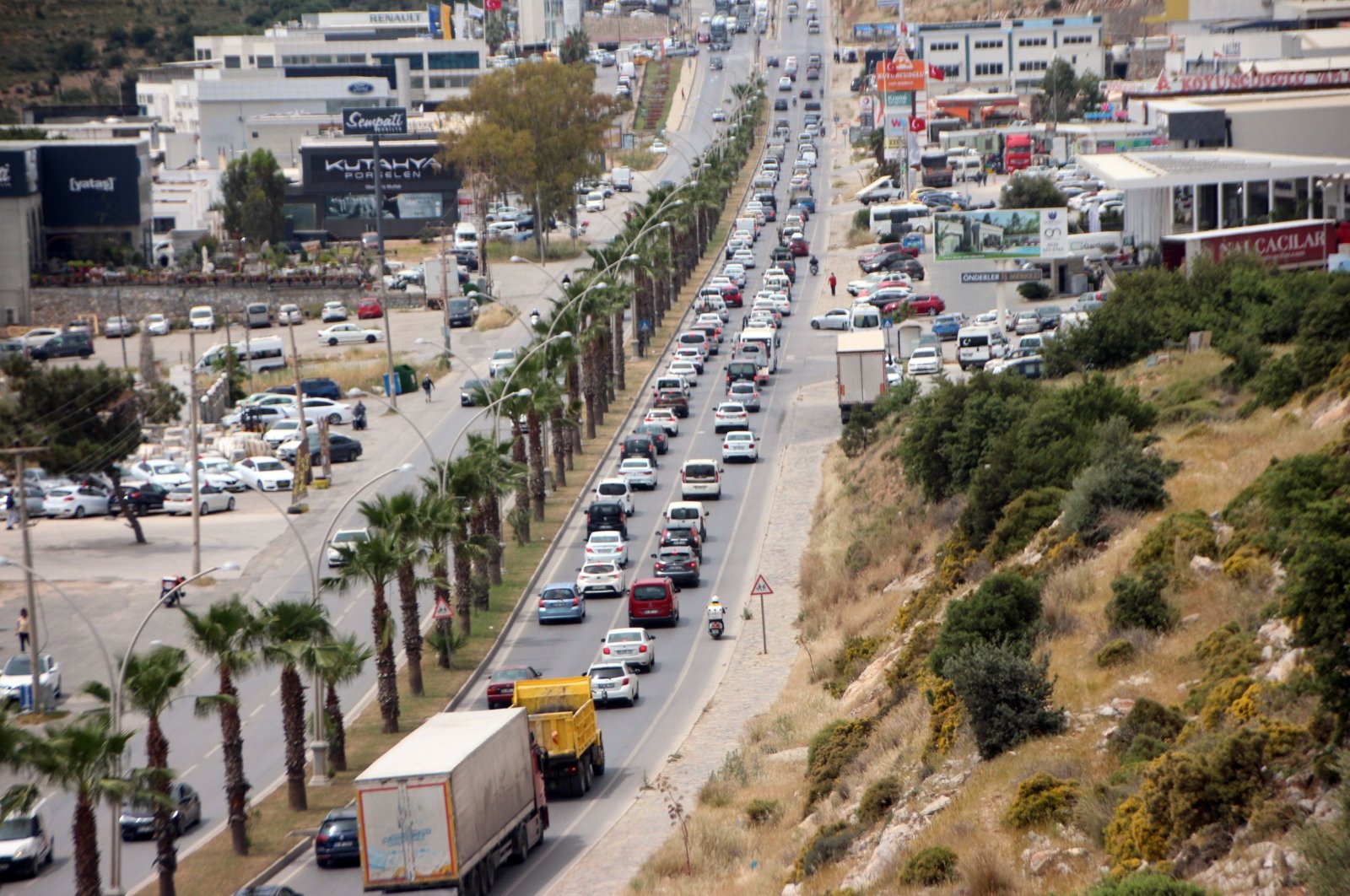 “This is chaos,” Ahmet Aras exclaims. Aras, the mayor of Bodrum, a town of 181,000 people that is among the most popular summer destinations in Turkey, is concerned as long lines of vehicles filled the main road to the town over the past two days. A 17-day lockdown that starts Thursday evening adds to the woes of the municipality, already trying to cope with a high number of visitors.

The town’s population already swelled to more than 500,000 since the start of the coronavirus pandemic in March 2020. Secluded summer residences, warm weather and the small-town atmosphere – despite its recent population boom – are the reasons for many to take a prolonged vacation in Bodrum, rather than hassle with the hubbub of big cities.

That hubbub, on the other hand, was all over Bodrum, especially Thursday, with a long traffic jam on the roads leading into the town.

“We are already facing a serious high season in terms of population. This is something going back to last year. People from all across the country, people with summer homes here, have been living here since last year,” Aras told reporters Thursday.

The situation can be good for a town relying on tourism at another time but for the municipality, a sudden surge in population means trouble. “We were not prepared for such an increase in population. We have more than 500,000 people, a number that we expected the population would reach in 2025. There is real chaos here,” he said, pointing out that the municipality’s resources are limited and designed to address the needs of a much smaller population.

The municipality works around the clock, with the support of the government, to improve infrastructure and parts of Bodrum resemble a giant construction site, Aras says. “It is not easy to serve such a high population. Traffic is a particularly serious problem. We do not have wide roads because of geography,” he says. Besides, expanding the road network would mean more vehicles, he highlights. “What we need is more mass transit, pedestrianization of some roads and improving maritime travel options,” he said.

However, the most urgent challenge is a possible rise in infections. “We fear that new arrivals will bring and spread infections. Our health care service is limited to a small population. We only have 300 hospital beds and 30 intensive care beds. In case of a significant rise in COVID-19 cases, it will be insufficient. So, I plead with everyone to be cautious and not to leave their homes,” he said.

People across the country stocked up on groceries, filled markets and left cities for their hometowns or the southern coast Thursday as the country prepared to enter its strictest lockdown of the pandemic yet. The government has imposed a “full lockdown” from Thursday evening until May 17 amid soaring COVID-19 cases and deaths. It is the first nationwide lockdown lasting nearly three weeks. The government had previously opted for partial and weekend lockdowns in a bid to reduce the economic impact.

Under the new restrictions, residents are required to stay home except for grocery shopping and other essential needs, while intercity travel is only allowed with permission. Restaurants are allowed to deliver food. Some businesses and industries are exempt from the shutdown, including factories, agriculture, health care and supply chain and logistics companies. Lawmakers, health care workers, law enforcement officers and tourists are also exempt from the stay-home order.

Many people left large cities, such as Istanbul and Ankara, to spend the shutdown – which spans the holy Muslim month of Ramadan, as well as the three-day Ramadan Bayram (Eid al-Fitr) holiday – at vacation homes on the coast. Bus terminals and airports were packed with travelers. People crowded shops to stock up on food and other supplies even though grocery stores are to remain open.

This month, Turkey's confirmed COVID-19 infections averaged around 60,000 per day during the peak week. The country recorded its highest daily death toll on April 21, with 362 fatalities.

President Recep Tayyip Erdoğan said daily confirmed cases would have to rapidly drop below 5,000 for Turkey “not to be left behind” as many European countries start reopening. The country relies heavily on tourism to bring in foreign currency and wants to slow infection rates before the season begins.