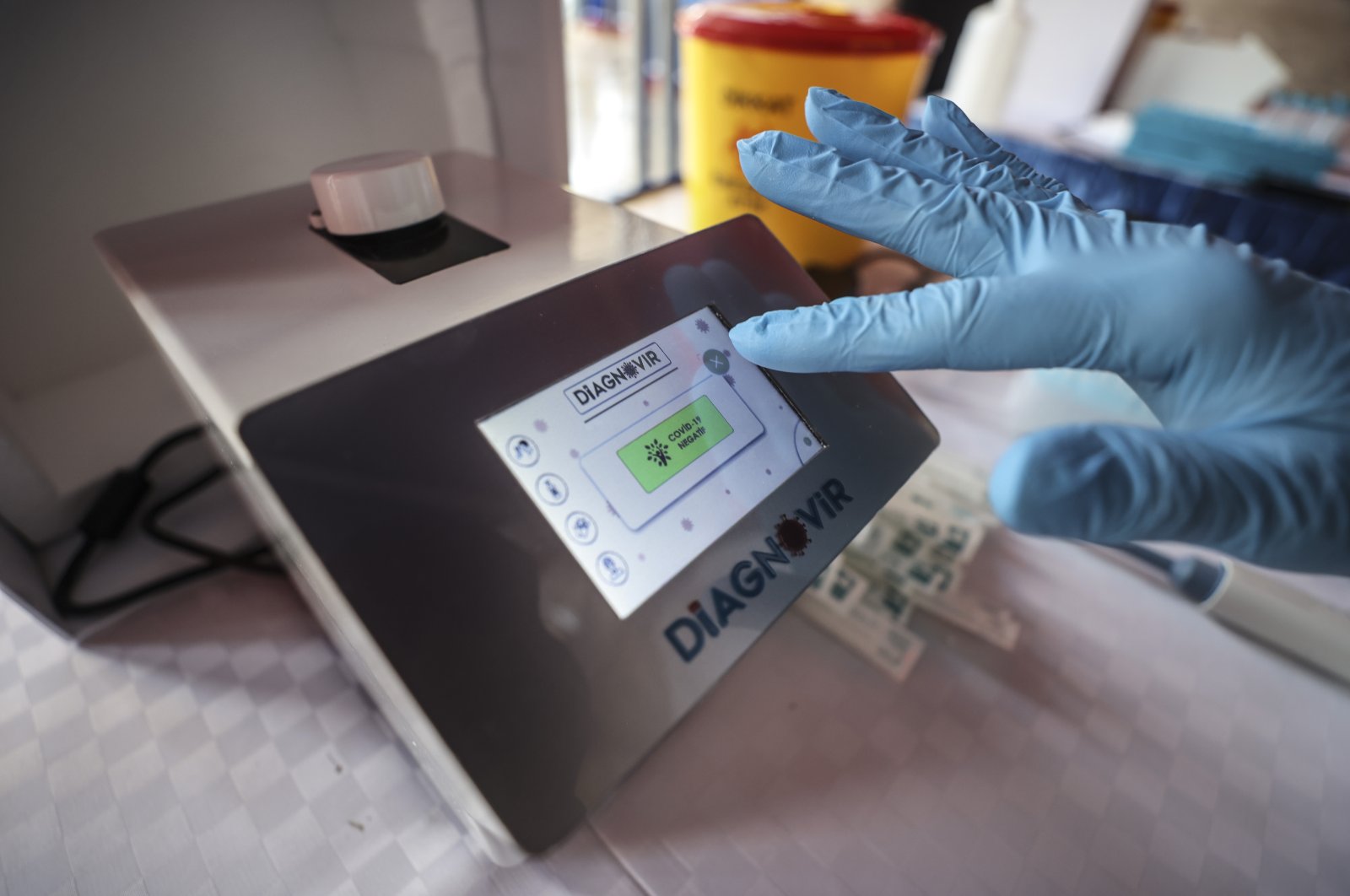 Diagnovir, a new coronavirus diagnosis system developed at Bilkent University, is now available for public use after passing safety tests and receiving approval. Developed by local means, the test system surpasses its rivals in terms of how quickly it calculates results: taking only 10 seconds.

Scientists say the nanotechnology-based system works with 99% accuracy. The device is the brainchild of scientists at the university’s National Nanotechnology Research Center (UNAM). The university showcased the system, which is currently being mass-produced, at a graduation ceremony. Professor Abdullah Atalar, Bilkent’s rector, told Anadolu Agency (AA) on Thursday that the scientists had started work on the project after the first cases were reported in Turkey in March 2020. Atalar said it may replace slower, conventional polymerase chain reaction (PCR) tests. “We already have a huge interest in the product. Major airports, big factories across the world are among prospective clients. We have interest from Bundesliga (the German football league). This is a unique system and can be used in places with a high risk of coronavirus infection but also in need of rapid tests,” he says.

Associate professor Bülend Ortaç, one of the developers of Diagnovir, says they last used the device on hundreds of students and their families who gathered at the university campus for graduation ceremonies, helping ensure a secure environment. “Each person was given a badge showing their test as negative, so, it became a safe event,” he said.

The device works by analyzing oral swabs. It attaches virus proteins to the device and an optical signal is emitted if the test result is positive. Different algorithms programmed into the device allow it to recognize COVID-19 variants. Positive results take only 10 seconds and a negative result can be determined within 30 seconds, with additional checks. Ortaç says PCR tests have a high margin of error and usually give results within three days. “But our system works within seconds and in an early stage of disease if one is infected,” he said.

Turkish scientists have mobilized to develop drugs and vaccines against the coronavirus while some studies focus on test kits. Last year, a Turkish company announced that it had developed a five-minute test.