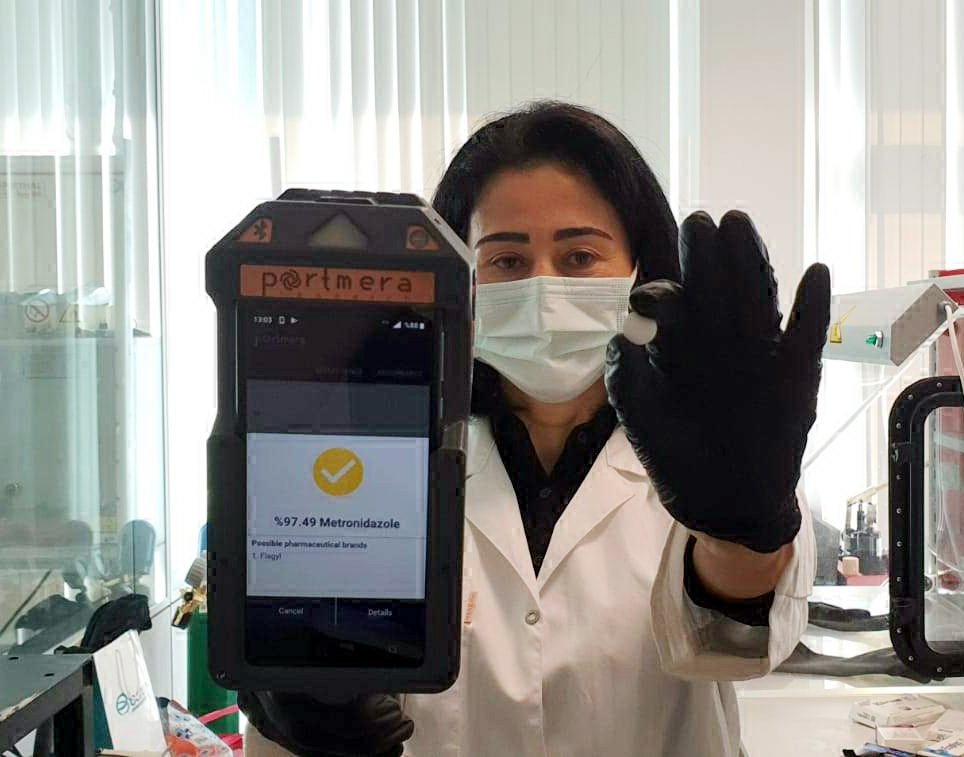 Dr. Derya Cebeci, a former employee of the U.S. Food and Drugs Administration (FDA), now fights fake drugs with her new invention. The chemistry expert, who returned to her native Turkey for research, developed an infrared device that can detect whether drugs are genuine within 20 seconds.

Cebeci hopes that her artificial intelligence-supported device that works on a cloud-based system will deal a blow to the fake drug market whose yearly global profit amounts to around $400 billion. She says fake drugs, from cough syrups containing antifreeze to cancer medications, claim 1 million lives every year globally and that her device, resembling a barcode scanner, can help curb this number. Speaking to Demirören News Agency (DHA) on Tuesday, she said that the technology she developed could also be applied to inspect COVID-19 vaccines and drugs.

The device, developed by Cebeci’s biotechnology firm Portmera, based in a technology park in Istanbul, is scheduled to go into mass production this year. It does not require the user to have a medical background to take advantage of the device's basic functions and does not involve the use of any chemicals. It works by acquiring data on a molecular level using infrared light as a chemical scanning tool. The data, processed with artificial intelligence (AI) technology, is used to determine the authenticity of the drug in question, deriving information from a cloud-based database.

The firm plans to deliver the devices to law enforcement agencies in Turkey, the Health Ministry, as well as Interpol, the European Medicines Agency (EMA), the FDA and companies handling customs services.

Cebeci highlighted Turkey's existing drug tracking system developed by the Health Ministry which ensures access to authentic drugs, but the problem still exists in the food, supplement and cosmetic products markets. “In other countries, like the United States, we see a rise in the production of fake antidepressants and sexual enhancement drugs. Overall, the most faked drug, or rather, drug ingredient, is sildenafil,” she said, referring to the medication sold under the name of Viagra and other brands and used to treat erectile dysfunction and pulmonary arterial hypertension. She says the counterfeit drugs issue touches every field within the health care system, giving the example of hydroxychloroquine, which when touted as an effective drug against the virus saw fake versions flooding the market. Other drugs are deemed "fake" for their lack of the "active substance." “But this is actually the most innocuous form of fake drugs. Others use outright harmful substances like antifreeze, chalk powder and sibutramine,” she says. Cebeci warned that most products claiming to be dietary supplements online are fake and urged consumers not to buy the products online as they have not been approved by health authorities.