Turkish student seeks 1,500 times the worth of misprinted TL 50 bill 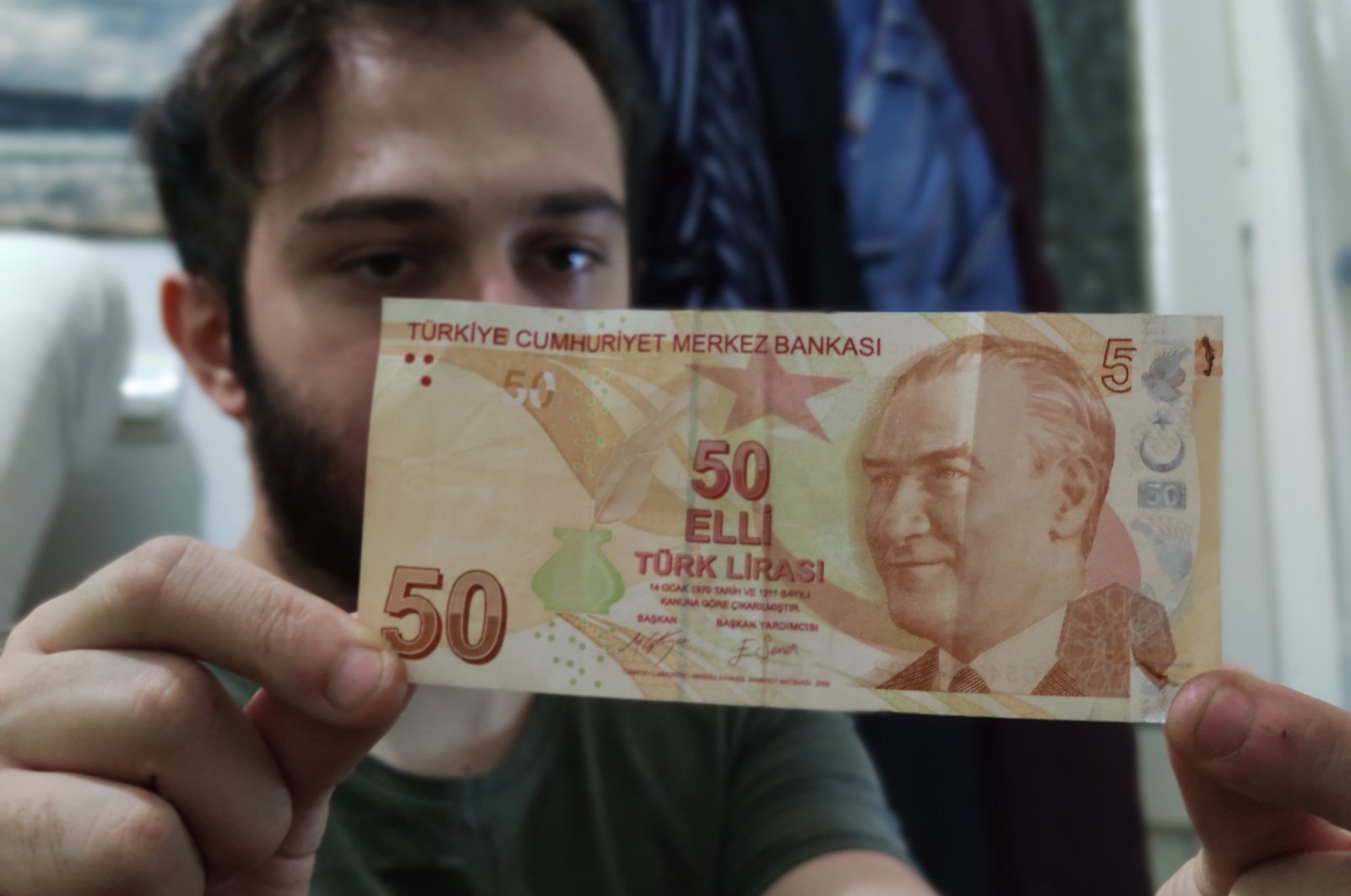 Speaking to Demirören News Agency (DHA) on Tuesday, university student Doğan Kaya said he came upon the defected bill after he made a withdrawal from an ATM.

"After I withdrew some money I put the bills in my pocket and only realized one of the TL 50 bills was missing a zero when I was making payment at the grocery store," Kaya said.

After a quick research online, Kaya found out that the misprinted bill was among a series of defected ones and could be sold for high sums to collectors, often fetching thousands of times their actual worth.

"I thought it would get the attention of collectors so I put it up for sale online," he said.

A TL 50 bill with a similar defect was previously found by a man in the southern province of Antalya. The man claimed he received a TL 75,000 offer for the bill but rejected it.