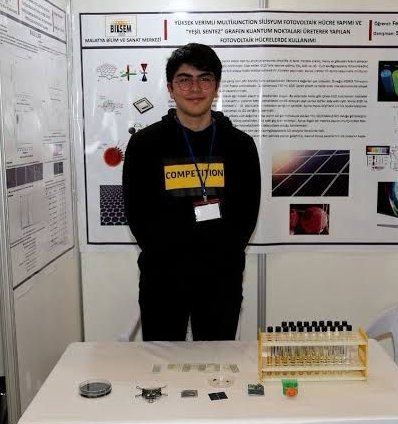 In this photo published on May 21, 2021, Feridun Balaban, a student of the Malatya Science and Arts Center in eastern Turkey who ranked first in the special award category of ISEF, poses near laboratory equipment. (AA Photo)
by Anadolu Agency May 23, 2021 12:52 pm
RECOMMENDED

"Competing in ISEF with 10 different projects, 13 Turkish students claimed their awards in a historic achievement," Varank said on Twitter.

Varank stressed that Turkey's Scientific and Technological Research Council (TÜBITAK) would always continue to support students in the country.

ISEF announced the winners of the competition on its website on Saturday.

Turkey’s spending on research and development (R&D) has increased to 1.06% of its gross domestic product (GDP), the highest in a decade.

Turkey has over 80 technoparks – special technology development zones – at its universities and over 6,000 firms are performing R&D activities in these zones.