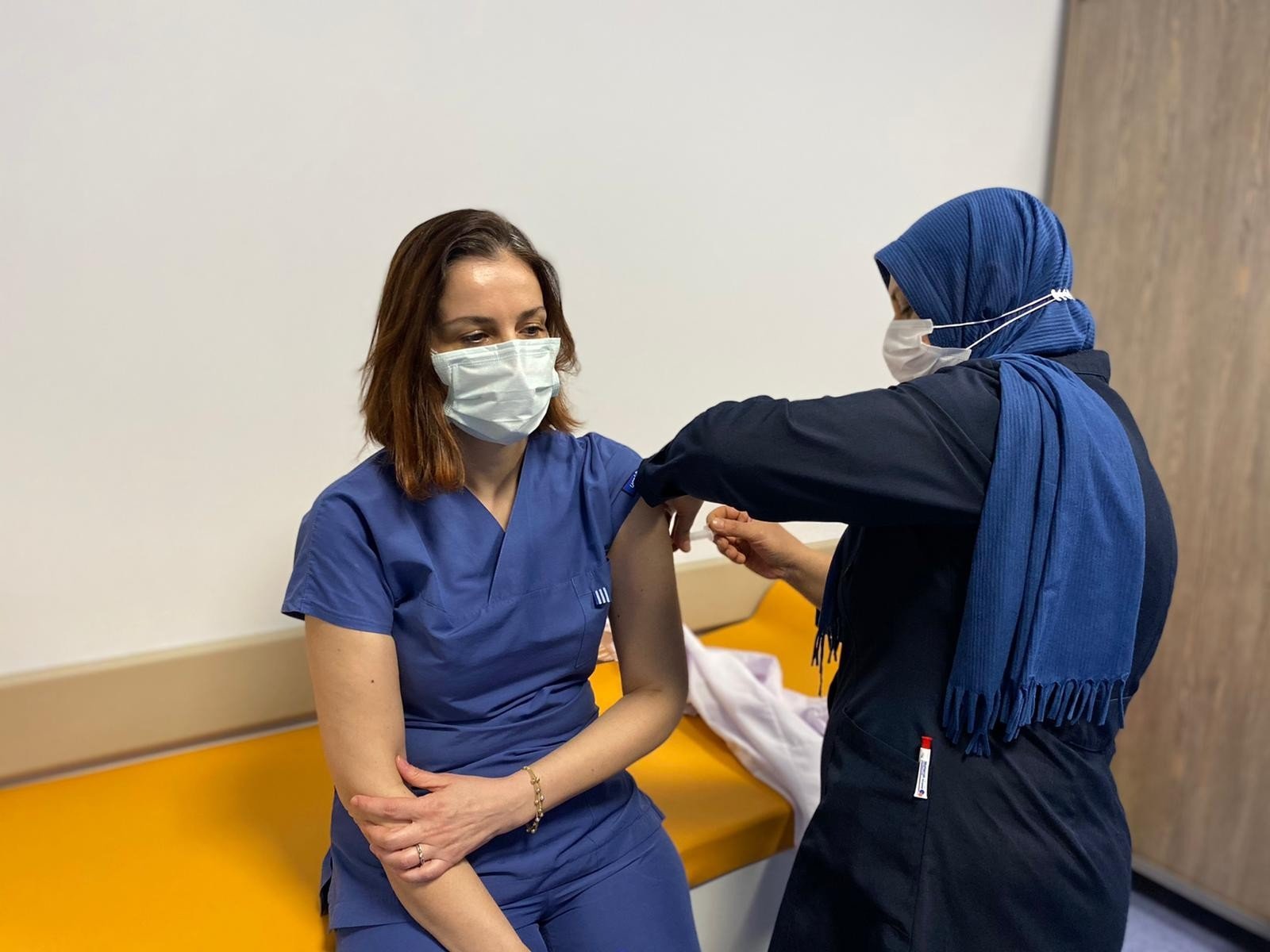 A study by Celal Bayar University in the western province of Manisa proved that CoronaVac, an inactive vaccine developed by China’s Sinovac, boosts immunity 99%. The study, however, points out that antibody response is higher when two doses of the vaccine are administered.

CoronaVac was the first vaccine to be administered in the country, starting in January. It still comprises the bulk of the current vaccination program, which was diversified with the Pfizer-BioNtech vaccine last week.

The university’s study is the most comprehensive of its kind about the vaccine in the country, according to the scientists behind it. Researchers run quantitative and qualitative tests on antibodies in connectors between the spike protein of SARS-CoV-2 and receptor-binding domain (RB). Between Jan. 11 and March 18, researchers ran tests among 1,053 people without SARS-CoV-2 antibodies. All were health care workers who were prioritized in the country’s inoculation campaign.

Professor Sinem Akçalı, one of researchers, said they wanted to see how long antibody levels prevailed among vaccinated health care workers. Şebnem Şenlo Akar, another researcher, said that all participants had no history of the coronavirus and negative antibodies. “After the first dose, the antibody generation rate was at 25%, but it rose to above 97% (99% for women) after the second dose,” she said at a press conference. She added though, that more studies are needed to be certain whether gender played a role in the efficacy of the vaccine. “But it is safe to say that a second dose is definitely needed for ensuring protection through vaccines,” she highlighted. Akar said high antibody levels do not mean that the vaccine provides 100% protection, and people should adhere to protective measures even after vaccination.

The study also found a very low rate of side effects among those vaccinated. The rate of people suffering from slight side effects like pain in the spot where the vaccine is administered and a headache was below 25%. “Serious side effects were below 1%,” researchers said.