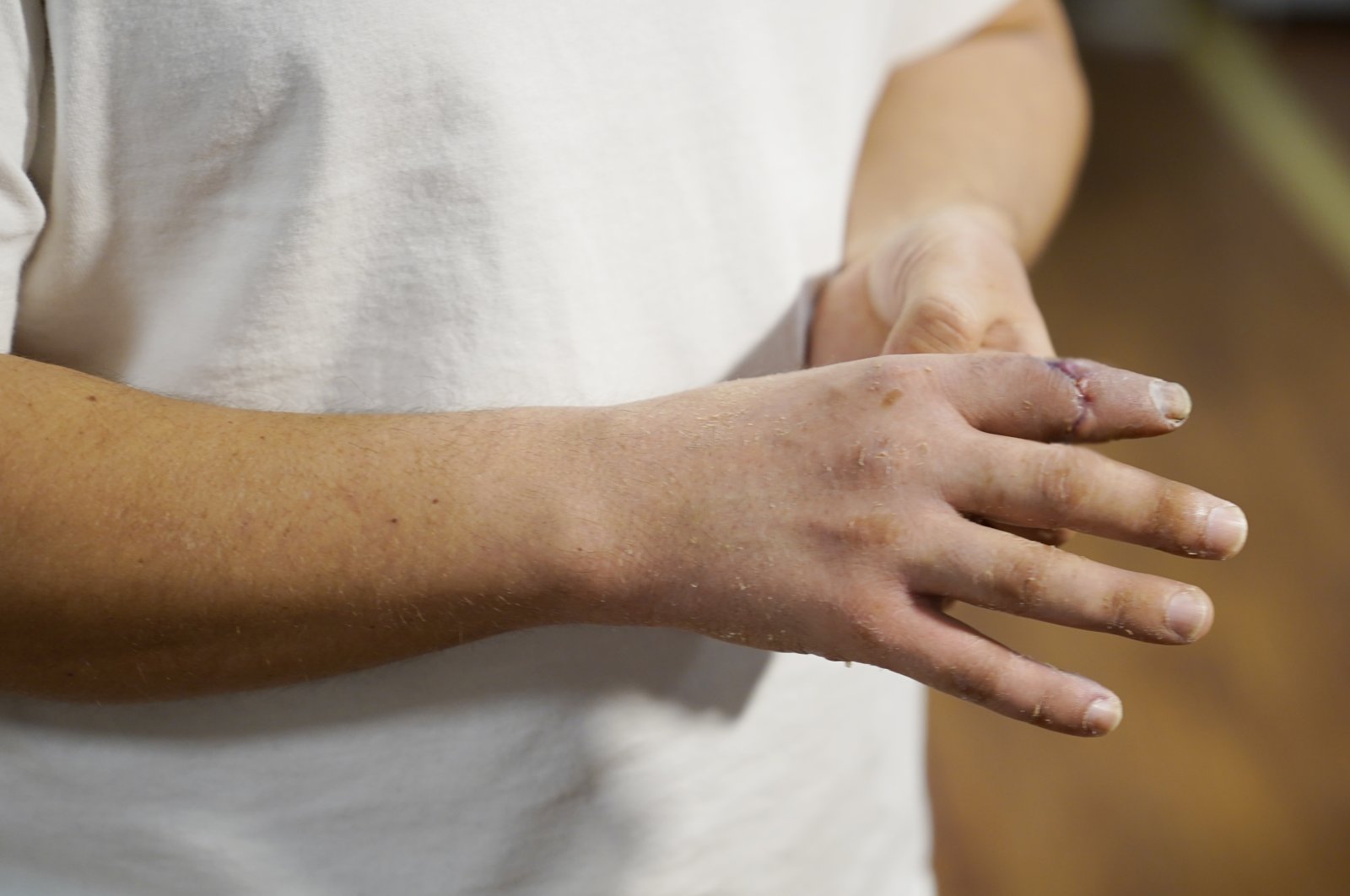 It took an unusually long journey from Malta to Turkey and the skills of a surgeon, but Berk Altınelli has been reunited with part of his severed index finger. For Mehmet Veli Karaaltın, who operated on the 29-year-old engineer in Istanbul, it is likely a first in the medical world that a patient’s severed finger was sewed back into place after 19 hours. “There is no such surgery where a finger is reattached after such a long time and managed to function normally,” he emphasized.

Altınelli was working on a vessel near Malta when the index finger of his right hand was cut off in an accident in February. He placed the severed part in ice before a helicopter evacuated him to a Maltese hospital, but doctors there told him that there was nothing they could do and that he should “dump” the finger. The panicked engineer consulted his uncle in Istanbul, a dentist, and asked whether his finger could be sewed back. After a brief search, his family reached out to Karaaltın, an expert in microsurgery. Karaaltın told them any severed limb should be sewed back within nine hours at most as the tissue would die and the finger would be useless, but he decided to give it a go anyway.

After a friend brought him a mini-fridge in which to keep his severed finger, Altınelli started a frantic search to find a flight to Turkey, but COVID-19 pandemic restrictions had grounded most flights. Finally, he booked a flight and placed the fridge in his backpack. An ambulance took him from the airport and he was rushed to the hospital. After 11 hours of meticulous surgery, his finger was back in his place. He is now preparing for physical therapy to be able to properly use it as before.

Karaaltın told Demirören News Agency (DHA) on Sunday that it appeared an impossible surgery at first and he took a risk. “But I decided to take it for this young man. It was a very difficult process for him, but he was lucky. The finger is more enduring to such cases than other organs as it does not have many muscle tissues, which would be more difficult to repair. But it is still a challenge to get it reattached. I had to shorten the finger a little. It will be shorter than his other fingers but will be functional,” he said.

Turkish surgeons have been hailed for their accomplishments, especially in transplants and surgeries on severed limbs.