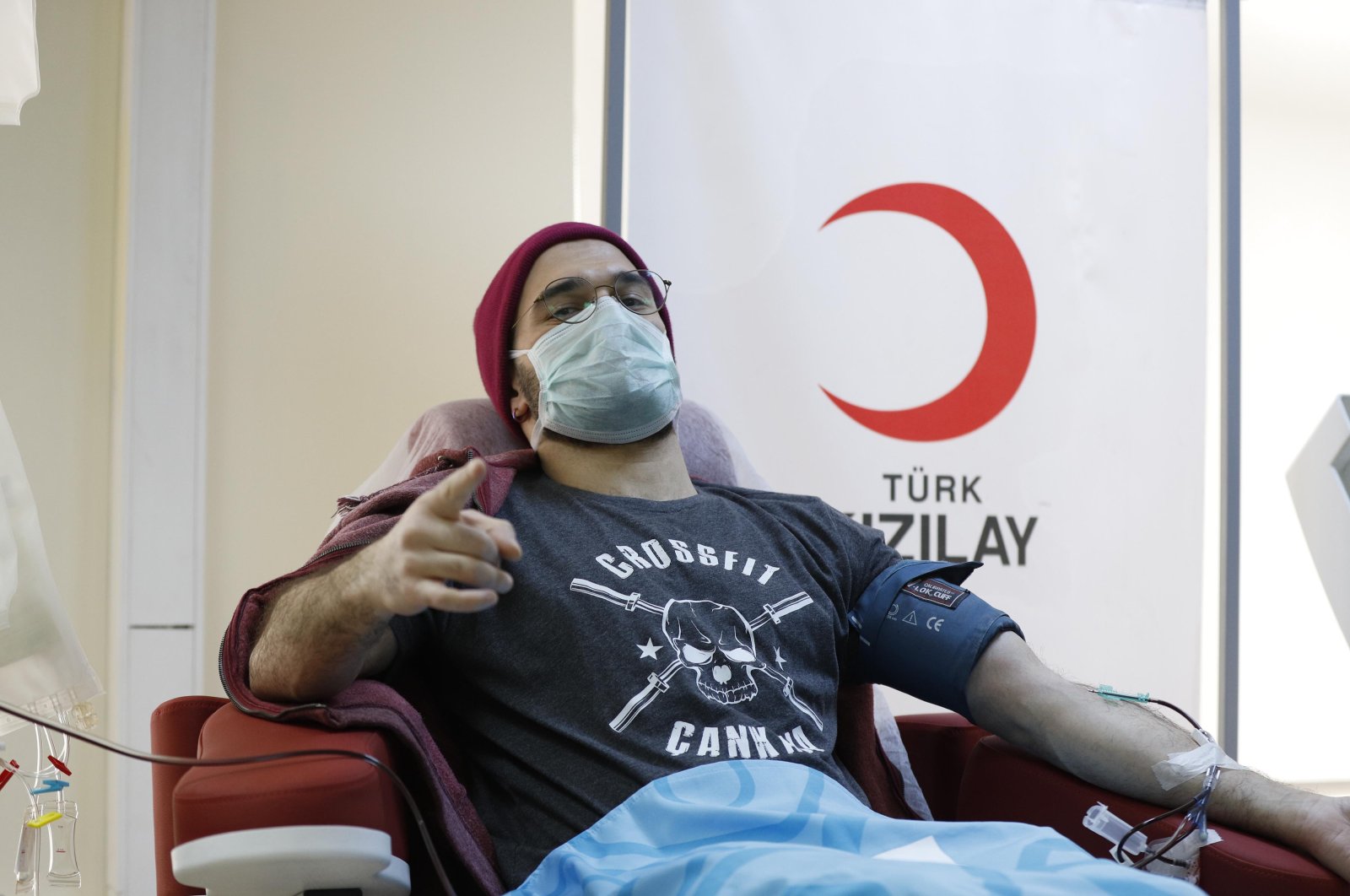 Hasan Balıkçı, a young emergency room doctor, was among thousands infected by the coronavirus and looks back on his battle against COVID-19 after his recovery. “I thought I’d be fine because I was regularly doing exercise and had a healthy diet,” Balıkçı said.

The doctor, who works at a hospital in the Turkish capital Ankara, attributes his recovery to “high motivation and passion for life.”

His was one of the first cases when the pandemic started taking hold in Turkey in March. “As someone cautious about what he eats, someone engaged in various sports activities, I never thought about the possibility of an infection,” Balıkçı, who was diagnosed with the virus after suffering from respiratory symptoms, told Anadolu Agency (AA) on Monday.

Balıkçı had a high fever for two days, followed by coughing fits. Already suffering from allergic asthma, Balıkçı saw his daily life falling apart and decided to undergo a test. The first test was negative, giving relief to the doctor, but when symptoms lingered, he underwent another one, again, testing negative. After 20 days of coughing, he decided to undergo a tomography. “Incessant coughing was something usual for me due to asthma, but what was different was the loss of taste and smell one day before diagnosis. I was already checking articles (on COVID-19) and how it can be diagnosed. Finally, I saw it spread on both lungs. My colleagues have not seen the virus spreading on such a large scale before,” Balıkçı recounted.

What followed was a painful process. Balıkçı told doctors at the hospital to take him to the intensive care unit only if his condition worsened. “I was given medication but it had a side effect and caused an allergic reaction. My entire body had rashes. Then, I needed additional oxygen therapy. I stayed at the hospital for nine days, and finally, I was discharged,” he said. Then, he had to self-isolate at home for days to make a full recovery.

Balıkçı said he always tried to keep his morale high while staying at the hospital. An active social media user, the doctor turned to online activities to pass the time, sharing funny posts and videos and keeping in touch with friends. He said only one day was worse than the others, when he started coughing blood.

As one of the first cases, Balıkçı did not know what would happen next and was initially emotionally distraught. “As a healthy person before getting infected, I was worried what would happen to others. I was thinking about how people with chronic illnesses, how the elderly would recover once infected,” he said.

Looking back on his life before COVID-19, Balıkçı said he now understands how important freedom is. “It matters to be able to do whatever you want, especially for a sociable person like me. I also missed my two cats during my stay at the hospital. I was back to work after recovery, and that made me feel good. I now know you can go back to your normal life after recovering from COVID-19. It also boosted the morale of my colleagues. I lived to see this day and am now more careful (against the disease),” he said.

"We are not fast enough in reducing the number of cases and not fully cautious in the fight," he wrote on Twitter. "Summer should not be a cause of complacency."

The newest figures brought the national coronavirus death toll to 5,097, while the total number of cases rose to 197,239.

Currently, 996 patients are in intensive care units and 381 are intubated, according to the Health Ministry statistics.

Despite the troubling increase in daily new infections since the normalization process began, Turkey has managed to nurse more than 85% of its coronavirus patients back to health.

While Koca has assured the public that the local fluctuations in case numbers are not yet a second wave, he and the country’s Coronavirus Science Board have warned that the surge in new infections is not to be ignored and continuation of the increase could mean a serious setback in the fight against the outbreak.