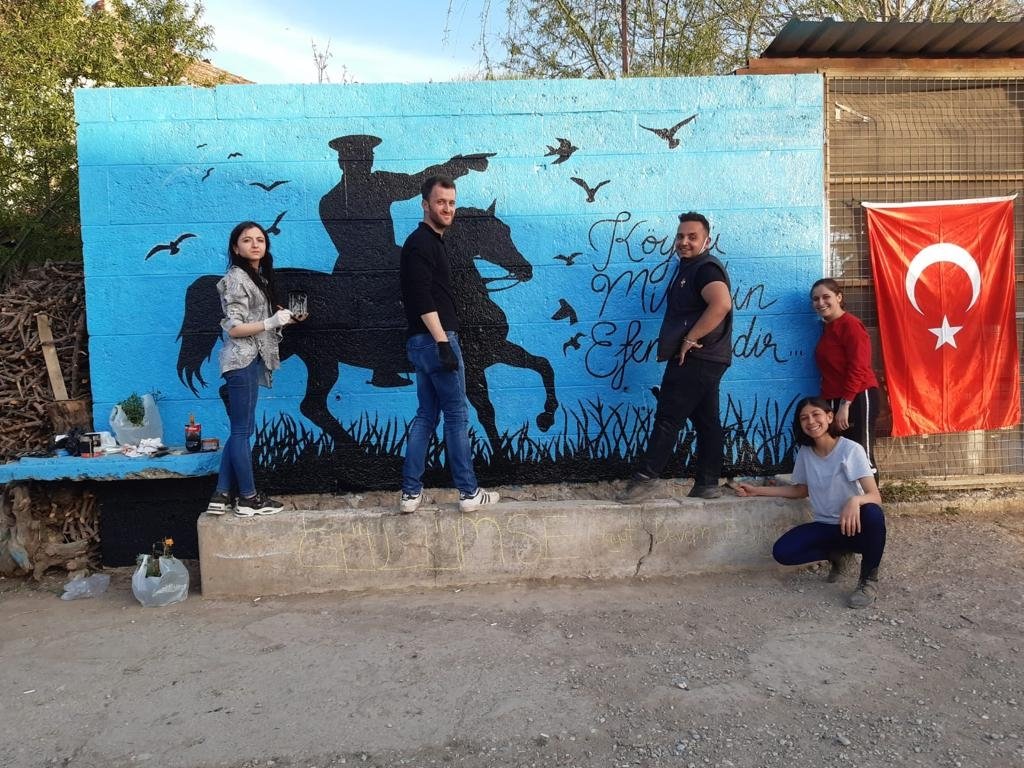 The Anatolian tradition of "imece," meaning collectiveness, has helped fulfill the dream of a university student living in Denizli in western Turkey. Thanks to the efforts of the community, the neighborhood now has a colorful library.

Literally meaning "collective work," imece is a special word that only exists in Turkish and stems from an old Anatolian Turkish tradition. It is a reflection of the Anatolian culture in which everyone voluntarily contributes equally and problems are solved through cooperation.

Ascribing to the motto "one for all and all for one," the settlers of Anatolia have been helping one another and living in harmony for thousands of years. The latest example of this tradition was witnessed in Denizli in western Turkey.

Gamze Atmaca, 23, a university student, launched a project to renovate an abandoned school building in her neighborhood that closed in 1988. She asked her neighbors for help to raise enough money to build a library and training center.

The municipality and local community took action and worked in cooperation, completing the act of imece in just two months.

Gamze Atmaca told an Anadolu Agency (AA) correspondent that she launched many social responsibility projects through the "Smile Platform" she founded during her university years.

"The school in our neighborhood was closed 33 years ago and the building turned into ruins over time. We rolled up our sleeves to open the school again to serve all people. There are three rooms in the building, we will open them as a library, playground and training center. "