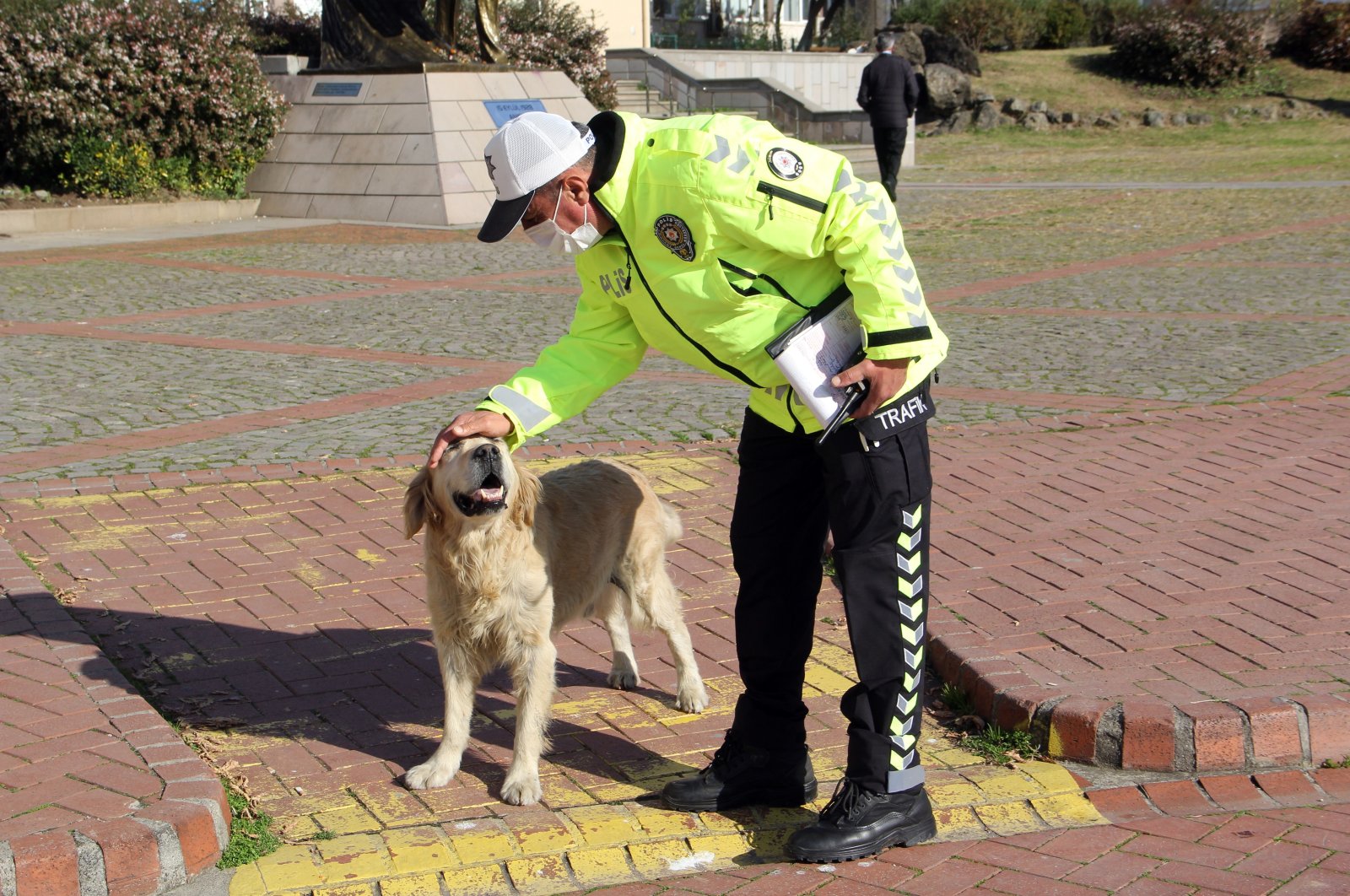 A traffic police officer who has worked on the same street for years, gained a loyal canine companion last year. Halis Arslan and the loyal stray dog have become the best of friends, staying side by side, day after day, through both sickness and health.

Arslan worked at the same intersection in the Black Sea province of Sinop for over a dozen years. He met Köpük (Foam) over a year ago while on duty. After he started to give food and water to the friendly canine, Arslan and Köpük became fast friends. The stray dog stays at the traffic officer's side throughout the workday, a heartwarming sight that has not escaped the attention of locals.

Speaking to Anadolu Agency (AA), Arslan said Köpük waits for him at his parking spot every morning. Telling AA how he always feeds Köpük during the day, Arslan says he makes sure the dog is safe even though he cannot leave his local beat.

When Köpük recently fell ill, said Arslan, "we placed him with a shelter and made sure he was well cared for," but later discovered that while there, Köpük had refused to eat anything for four days. "I got really upset and asked the shelter to send Köpük back to me,” he explained.

"He had lost a lot of weight when he arrived, but now he’s better and we’re back on duty together."